Last year, the Brexit referendum, the election of Donald Trump in the United States and the aftermath of the eurozone and refugee crises in Europe shook the political systems of the West to their very core. By contrast, this year’s election results in the Netherlands and France, and the returns expected later this month in Germany, point to something of a centrist backlash. But in order to avert a full-scale debasing of liberal democracy, a much more systematic effort is required.

The global disruptive potential of Brexit and of the Trump presidency still remain to be seen, but whatever nowadays passes for reactionary and nationalist populism is being mainstreamed. As novelist Salman Rushdie put it in a recent interview: “A lot of what Trump represents and unleashed was there anyway, if you were looking properly, and would not have been destroyed by his defeat. Once you take the cork out of the bottle, things fly out.”

The standards of what is permissible to be said in the public discourse and done in public policy have sunk: it used to be up to extremist movements to make the case for protectionism and nativism, usually to be relegated to the fringes of the electoral contest. Today, policies incorporating anti-free market or virulent anti-immigrant positions require little justification and firmly occupy the center of the political debate in the West.

Europe has not experienced numbers of refugees arrivals comparable to that of the summer of 2015. Yet, a much-agonized overhaul of Europe’s immigration and refugee policies is in a deadlock. Countries like Greece and Italy are left to their own devices in responding to new arrivals, and piecemeal solutions are found to accommodate short-term needs, often controversially. At the same time, recurring acts of terrorism directly linked or inspired by Islamic extremism have become the chilling new normal in many Western European cities and have provided a constant cue to the right-wing anti-immigrant critique.

As so often in recent years, Germany might be the shining exception here. Anyone walking in the streets of Berlin these days would come across election posters proclaiming, with different emphases, the promise of an open and stronger Europe. Both main parties, the Christian Democrats and the Social Democrats, which together are likely to garner about two thirds of the electoral vote, are running on an unambiguously pro-European platform. The German experience of the past decade has not shun away pragmatic, realpolitik solutions, as testified by the contentious refugee deal between the EU and Turkey.

But also because of these solutions, Berlin has reinforced a point that was conveniently overlooked throughout these years of multiple crises: for better or worse, Europe is a microcosm of globalization. In good times, it has been the laboratory of the counterintuitive proposition that peace can be attained by sharing and pooling sovereignty, and that security and prosperity can increase, rather than decline, by opening up borders and lowering barriers. But it has also shown the dangers inherent in taking achievements such as free movement of people or the single currency for granted; if there is one lesson from the eurozone and refugee crises, it is that European integration is not irreversible.

Some of Europe’s more visionary proponents also underestimated the huge disparities that remain between European nations, and overestimated the inclination of the rest of the world to draw on the European experience. The European Union as an institution has been all too often stereotyped as a technocratic behemoth. But to be fair, technocracy did alienate the EU’s support base: those who first benefitted from the rigor and neutrality of the Brussels bureaucracy then, in the case of Southern Europe, ended up on the receiving end of a harsh austerity doctrine in the midst of a deep recession.

Yet, the key European intuition that practices of governing are bound to transcend the confines of the nation-state is as valid as ever. Whether it is migration or the internet, terrorism or climate change, governance beyond the state is a necessity, whether or not the electorate or some of our politicians care to admit it. Overcoming the prejudices that surrounds technocracy requires an appreciation that transnational governance extends far beyond technologies: it is about practices and even a mindset which acknowledges the proper role of national cultures in the formation of preferences and choices. Governance beyond the state entails a dissimulation of conflicts, a sidestepping of deadlocks and a sensitivity to compromise. Above all, it is about appreciating the inherent limitations of transferring and sharing practices of governing across borders. Only that will inoculate our institutions and body politic against some of the aberrations that our democracies have experienced of late.

PHOTO GALLERY
Obama and Merkel Together Again
This post was published on the now-closed HuffPost Contributor platform. Contributors control their own work and posted freely to our site. If you need to flag this entry as abusive, send us an email.

The Necessity Of Transnational Governance
Obama and Merkel Together Again 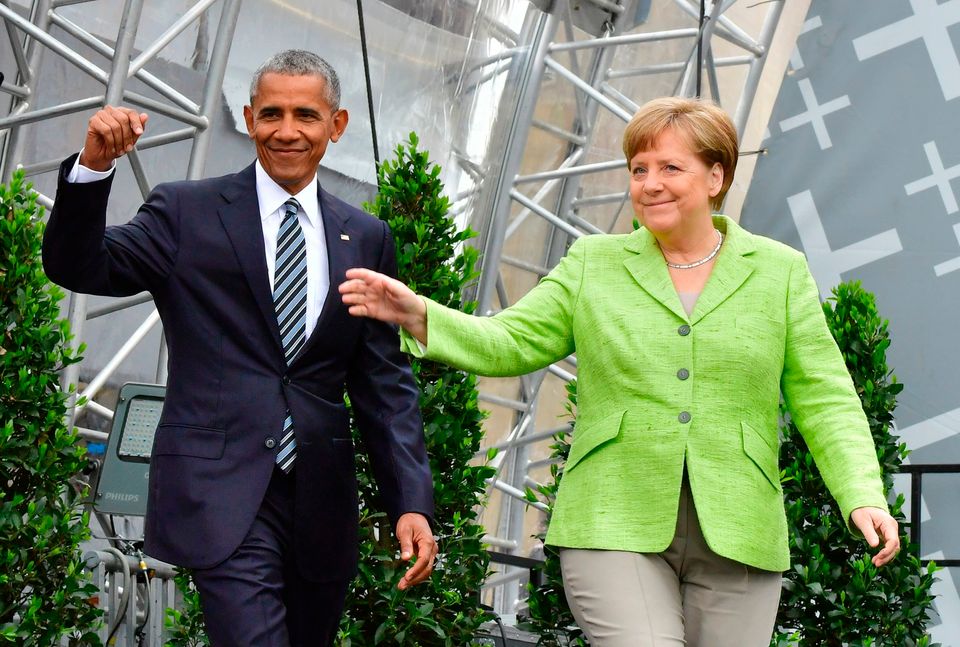 1 / 8
Barack Obama and Chancellor Angela Merkel wave as they arrive on stage during the Protestant Church Day event at the Brandenburg Gate in Berlin on May 25, 2017.
JOHN MACDOUGALL via Getty Images