What is a nerd? A person that throws himself or herself into rigorous academics, stands in the corner at parties and tries to pick up potential mates with a pocket protector? We think not. Modern nerds fit into a more important category: people that pursue what they want with all their heart. They confidently participate in what they love, even if what they love is totally bizarre.

They're the future Nobel Laureates, astronauts and engineers, but also the champions of bygone eras, the lovers of mustaches, bike-jousting and campus-wide Rube Goldberg machines. From weird traditions (Seventh Annual Nitrogen Day?) to entertaining extracurricular activities (the Mustache Club?), these nerds do it all. Props to these schools for playing host to some of the most important, dynamic, driven young men and women of our generation! 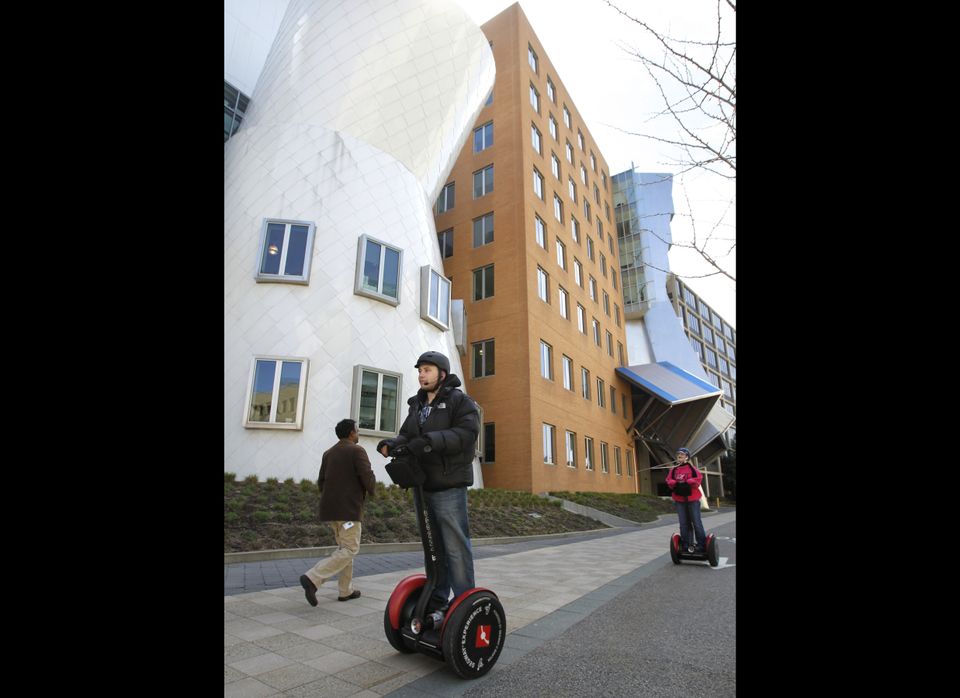 1 / 8
MIT
This school has produced the most famous nerds on the planet: <a href="http://web.mit.edu/newsoffice/2001/commnasalist-0606.html" target="_hplink">31 astronauts</a>, <a href="http://web.mit.edu/ir/pop/awards/nobel.html" target="_hplink">76 Nobel laureates</a>, Robert Metcalfe (the guy that co-invented the Ethernet), Kofi Annan, John M. Deutch (ex-Director of Central Intelligence), and William Reddington Hewitt (co-founder of Hewlett-Packard). But that doesn't even scratch the surface of the nerdy beast that is the Massachusetts Institute of Technology. In 2009 and 2010 MIT made a point of emailing its application decisions to prospective students on <a href="http://www.boston.com/news/local/breaking_news/2010/03/mit_admissions.html" target="_hplink">Pi Day</a>. For "fun," MIT students partake in a <a href="http://www.mit.edu/~puzzle/10/" target="_hplink">Mystery Hunt</a>, an annual competition in which students are invited to solve a large number of puzzles in order to find a coin hidden somewhere on campus. Even their pranks are seamless technological extravaganzas. At the Harvard-Yale football game in 1996, the Harvard logos on the scoreboard were hacked from VE-RI-TAS to read HU-GE-EGO instead. The typical MIT applicant is so overscheduled (on average they list 12 extracurricular activities) that, back in 2004, the MIT application was overhauled and a new question was instated: What do you do for fun? Dean of Admissions Marilee Jones said the change was prompted by an interaction with one MIT student in which, upon asking a group of students, "What do you daydream about?" <a href="http://www.businessweek.com/magazine/content/04_21/b3884138_mz070.htm" target="_hplink">one boy answered</a>: "We don't daydream. There's no reward for it, so we don't do it."
AP