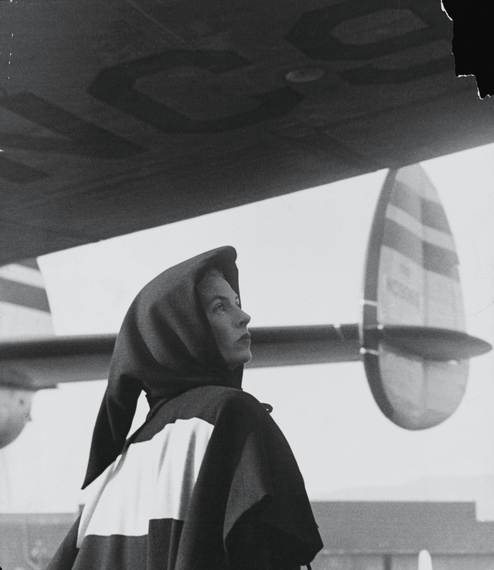 The adage that "knowledge is power" applies for nervous fliers, and a little explanation often goes a long way to loosen that grip on the armrests.

Chances are, you've heard the statistics that flaunt the safety of air travel in relation to, well, all other forms of travel. Despite the reassurance that you're more likely to win the lottery or be struck by lightning than end up in an aircraft accident, you still can't brush off all nervousness when it's time to board and news headlines of tech glitches and turbulence don't help the cause. Here, we explain a few bumps that may cause flying anxiety.

What happens: Before taking off, the flight crew announces that "bumps are expected."

What it means: "Bumps expected" is one way to say that the flight path may include turbulence, though the details on how strong and for how long either aren't known or aren't serious enough to warrant a sterner notice. Dr. Chris Manno, a pilot, professor, author, and current Boeing 737 captain for a major U.S. airline, is trained to deal with turbulence, but notes that the aircraft is just as primed to take whatever weather throws at it. "Structurally, our aircraft is designed to withstand stress much higher than anything we might encounter in flight," he explains. "The invisible 'chop' we encounter in flight may be startling, but it's hardly a challenge to our airframe. When we encounter turbulence, rest assured that we are immediately taking whatever action we can to smooth the ride out -- just give us a minute." For to-the-minute knowledge of the situation, try downloading the SOAR app, which gives the turbulence forecast.

What happens: The pilots make an announcement asking flight attendants to suspend service and take their seats for turbulence ahead.

What it means: In a recent report on what fliers need to know about turbulence, we explained that your best friend during turbulence is your seat belt, as the Federal Aviation Administration says there are between 30 and 60 cases of turbulence-related injuries each year. That said, pilots have ways to avoid turbulence with the potential of causing injuries.

According to Manno, these are some of the tools pilots have at their disposal: "We have the most advanced radar in the sky that digitally analyzes air currents and predicts then displays potential choppiness in multicolored depictions. The radar is synched with our navigation system so that it always knows the topography we're flying over and automatically focuses on weather hazards. Also, pilots constantly share reports of turbulence via air-to-air radio. Finally, the meteorology department at every major airline gives the pilots a pretty good idea of what to expect along our flight path." Still, the usual idiom "better safe than sorry" still applies, and Manno reminds that "areas reported to be choppy can smooth out, and smooth areas can inexplicably become bumpy, but we'll do our best to make it smooth sailing all the way."

What happens: The airline is experiencing a tech "glitch" that's affecting flights.

What it means: If you're ready to fly and the airline is mired in tech issues, there's no telling how quickly or easily the solution will arrive. Usually, the most frustrating piece of being wrapped up in a day like this is dealing with extended wait times and the overloaded and stressed customer service agents. When, in April, American Airlines dealt with a glitch in the iPad app its pilots use for navigation, the resulting flight delays only averaged one or two hours. Last week, United Airlines was forced to ground all of its flights for a grand total of 45 minutes while a computer system issue was fixed (flights already in the air were not affected). Every minute a glitch continues, every cancelled or delayed flight, means lost revenue and inconvenienced or confused passengers, so airlines have incentives to handle these situations quickly.

What happens: Some of the noises I hear coming from the airplane make me nervous.

What it means: The fact that jet aircraft, made up of millions of parts and flying through the air at hundreds of miles per hour, are quiet enough inside to allow for regular conversation is a marvel of engineering. Still, you aren't flying in a vacuum, and some noise is inevitable. For instance, a Boeing 747--the "Queen of the Skies"--is made up of six million pieces. With four engines, an upper level, and a flying range of nearly 9,000 miles, you can expect the plane to have an orchestra of whirrs and clicks that differs from the smaller jets travelers may be more used to. The Airbus A320, for example, has a distinct noise, usually likened to "dogs barking," that occurs when the plane is taxiing. According to Patrick Smith, aircraft captain and author of Cockpit Confidential, this noise is "akin to a motor repeatedly trying--and failing--to start, and there's often the assumption that something is malfunctioning." In actuality, that puzzling noise is a routine function attributed to the power transfer unit, or PTU, which relates to the hydraulics of the plane and is nothing to worry about.

What happens: The gate agent announces that the flight you're waiting to board has a "mechanical delay."

What it means: An airline has the responsibility to send you safely into the skies, which occasionally means there will be last-minute checks, double-checks, triple-checks, or an entire aircraft substitution. Mechanical delays can be caused by a range of issues, not all of which are critical; we've experienced these setbacks for everything from safety issues (a fire detector in an engine failing) and instrument glitches (a cockpit display simply not powering on) to a stubborn in-flight entertainment system (the seat-back TVs refused to turn on). In the end, all issues were fixed or a substitute aircraft was found before reaching the runway for takeoff.

During a mechanical delay, it is most important to stay near the gate and listen for updates, gate changes, or even free vouchers for airport meals or a hotel night while you wait. Airlines have no control over the weather, but if a delay is caused by something that does under their control, you may have a right to accommodation or compensation depending on the length and severity of delay and how it relates to your itinerary.

For more on remedying a fear of flying, check out our list of steps for easing pre-flight stress, or consider enrolling in a structured program, such as SOAR or Virgin Atlantic's (UK-only) "Flying Without Fear" courses.

More from Condé Nast Traveler:
THESE Are The Best New Hotels in the World
The Most Dangerous Foods You Can Eat
The Top 25 Spas in the United States
The Best Cities on Earth
Private Islands That Cost Less Than an NYC Apartment
10 Most Underrated American Cities