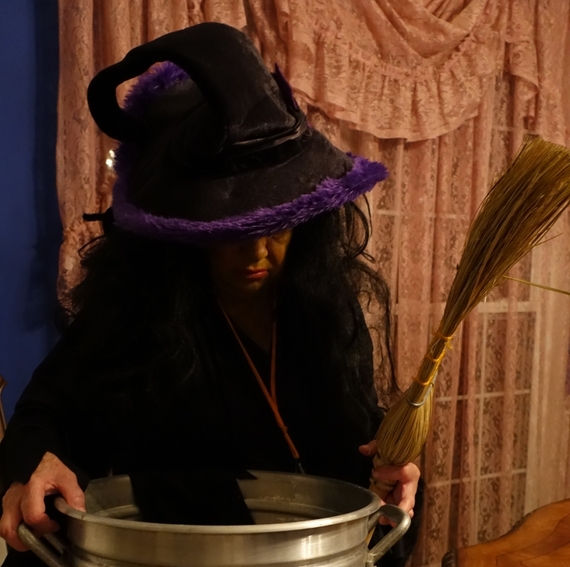 Toads, spells, potions, flying brooms, and witch's brews--witchcraft is all about neuroscience.

Witches have thrived through the centuries, and today many women still practice witchcraft. I've met a few. Peering by flickering candle light at dimly lit Tarot cards a self-proclaimed witch read my fortune one foggy night in New Orleans years ago. She predicted that one day I would write for Huffington Post. No, just kidding about the Huffington Post part, but she and her fellow Wiccans were an intriguing group of right-brained ladies. Cloaked in a cloud of patchouli vapor, adorned with crystal pendants and clutching strange totems, these sensitive women fully embrace the supernatural mysteries of the natural world. Witches worship and harness the mysterious power that is unique to the female sex (and brain). But listening to her divine my fate that night, it was clear to me that neuroscience, not the supernatural, are what witches, witchcraft, and witch hunts are all about. 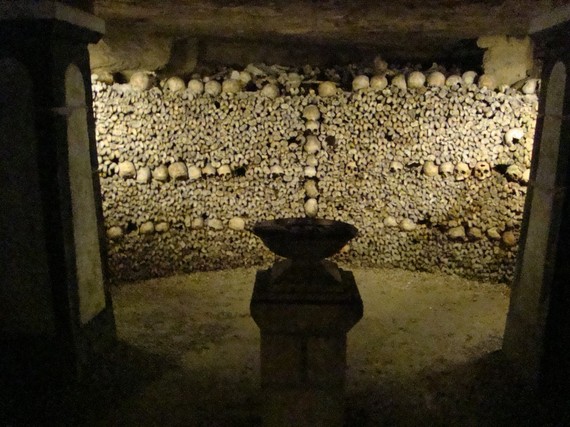 Witches
To begin with the obvious, witches are women. Male and female brains differ in interesting ways to carry out the traditionally different roles of men and women throughout the course of evolution, which has given us the brain we have today. While prehistoric men roamed in bands armed with stone weapons to battle wild beasts, bring home raw meat, and to brutalize and plunder other tribes; women, saddled with pregnancy and the demands of child care, were confined to the vital domestic chores of gathering, gardening, grooming, cooking, and babysitting. Superior spatial analysis and memory, for example, was essential for the caveman to hunt and then find his way back home. Neuroimaging shows that the female brain is better at instantly divining social cues and threats from facial expressions. The impulsive, warring and confrontational male brain gave us tribes and nations, protection, and production of grand architectural marvels and cities. The patient and intuitive female brain gave us weaving, clothing, pottery, family, agriculture, and witches. Witchcraft is very much about the mysterious powers of the female sex and about an approach to understanding the supernatural by embracing nature.

Caveat: It is important to emphasize that we are speaking here of the evolution of the human brain over eons, which is the product of the traditional roles of males and females in a struggle for survival in the wild, and we are speaking of population averages. Today human beings enjoy diverse varieties of interpersonal relationships in a very different environment. Technology has given women control over their reproductive ability and expanded opportunities for women. While drawing these general conclusions, it is important to remember that everyone's brain is different. However, every biologist knows well that sex is the hub of animal behavior and the driving force for evolution. Now back to witches and broom sticks. . .

The sexual bond between men and women was a powerful draw that pulled the roving male back home from his exploits. (It still is.) This invisible magic works on males (and similarly bonds infants and females) by activating release of neurotransmitters in the brain (dopamine, serotonin, endorphin, and oxytocin) to infuse us with the emotions of pleasure, reward, and attraction. The neurocircuitry of sexual attraction also gave us love and empathy. The same neural circuitry for these powerful emotions is engaged in spiritual belief, something that is unique to Homo sapiens. Likewise, Paganism, Voodoo, and witchcraft all arise from these unique human neural circuits that allow us to perceive our transient existence in a vast and mysterious universe. 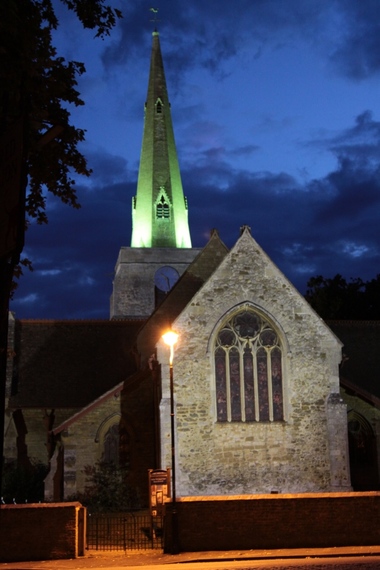 Obviously, direct physical combat between a petite female and a larger male would likely end badly for the female. So females tend to utilize indirect forms of aggression--gossip, sabotage, revenge, and poisoning. Superstitious curses, incantations, Voodoo dolls, black magic, and potions are a safer way for the fairer sex to do battle. In centuries past, females were the healers, midwives, gardeners and gathers of herbs and berries. In this role women developed an intricate knowledge of medicinal properties of plants, including the mind-bending properties of some of them. These women were early neuropharmacologists.

Witchcraft
The two most iconic features of witches are the broom and the cauldron. These items in witchcraft can be traced to sex and neuropharmacology. In past centuries, most witches were widows or unmarried girls, living relatively isolated in a patriarchal society. Riding the broom handle was a mode of sexual self-gratification. Often the pole or broom handle would be greased with potions, and many of these lubricants included herbs that had stimulating, psychotic, or hallucinogenic properties. Ingesting these neuroactive substances extracted from plants caused nausea, but topical application to the mucous membrane, much like snorting cocaine, bypassed the gut and delivered the drugs into the blood stream and to the brain. Now you know why witches ride brooms and not a sleigh like Santa.

In their book, A Witches' Bible, Janet and Stewart Farrar explain the origin of the broomstick in witchcraft. "It was originally a riding- and dancing-pole disguised as an ordinary household besom for security reasons. . . Women would ride them around the fields, leaping as high as they could. . . . The higher the leap, the higher the crop would grow. And the fertility theme would be dramatized, in those less prudish days, by the way in which the women used the phallic poles during their 'riding'. . . It is hardly necessary to add that the broomstick is a masculine symbol."

It is neuroscience that explains this broomstick behavior, as many neurotransmitters are released in the powerful state of orgasm. A newsworthy example is serotonin, which is the basis for the newly approved drug, Filbanserin, "female Viagra," which works by increasing serotonin signaling. Long before drug companies got into the game, people who grew and collected herbs had a vast knowledge of the medicinal properties of different plants. Serotonin levels can be increased by the 5-HTP (5-hydroxytroptophan) which is contained in the woody shrub Griffonia simplificola and other plants. Carcumin, from the spice turmeric, also boosts serotonin and dopamine. St. John's wart lifts depression by modulating neurotransmitters that influence mood. 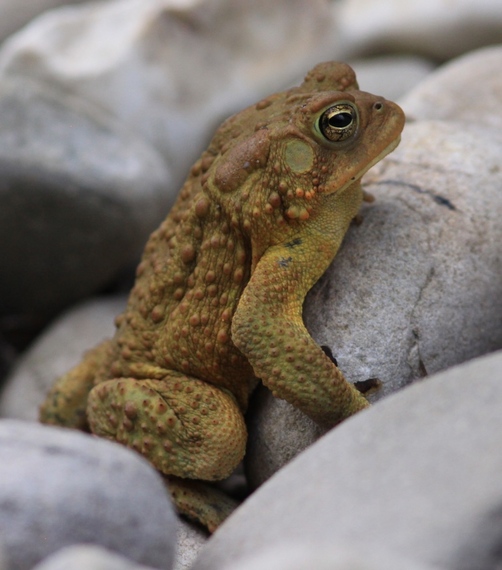 The cauldron was where alcoholic brews and herbal extracts were concocted by women from exotic plants and animals. The frogs, newts, and other exotic components of witch's brews contain compounds that have powerful effects on the heart and nervous system, including psychotropic and hallucinogenic properties. For example, scopolamine, hyoscyamine, and atropine are powerful prescription drugs, but all three of these anticholinergics are readily available in the seeds and flowers of Datura (Jimsonweed) which was used for centuries to treat various illnesses, induce hallucinations, to intoxicate, or poison people. There is a long list of such neurotoxic and psychotropic herbals used by caregivers through the centuries, often by women, and applied in witchcraft. Tetrodotoxin, which is contained in newts and certain other animals, is a potent neurotoxin that blocks sodium channels. The electrical impulses in our nerves are generated by activating sodium channels, and tetrodotoxin blocks this fundamental mechanism by which our nervous system operates. In Haiti, zombies--the living dead--were created by tetrodotoxin extracted from puffer fish and used in Voodoo practices. 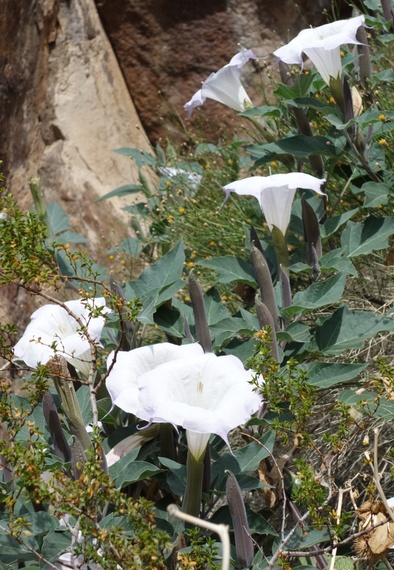 Ergot, a fungus of rye, has been implicated by some researchers in the mass hallucinations and hysteria surrounding the Salem witch hunts. Accused of witchcraft, 24 early settlers to America were tortured, hanged, died in prison, or crushed under rocks in a frenzy of mass hysteria in the year 1692. Three centuries later scientists Albert Hofmann and Arthur Stoll would isolate a compound from this fungus which stimulated dopamine receptors in the brain. They called it LSD (Lysergic acid diethylamide), and found that it had rather potent hallucinogenic properties, somewhat consistent with the delirious fits and visions of the teenage girls who sparked the witch hunts in Salem.

Witch Hunts
A sorry intersection between neuroscience, witches, and witch hunts, derives from ignorance about mental illness, and the fright that is evoked by seeing a person possessed by an overpowering hallucination or convulsion. Throughout history, mental illness and neurological illness, such as epilepsy, have been attributed to supernatural causes and to witchcraft. Among those burned at the stake or hanged as witches were people afflicted by mental and neurological illnesses because they were thought to be possessed by demons.

Fundamentally, the witch hunts of Salem were the result of a neural circuit in the insula, amygdala, striatum, orbital and ventromedial frontal cortex, which within a fraction of a second of seeing another person, categorizes the individual into either "us" or "them." Brain imaging shows that these neural circuits become activated in response to seeing another person suffering pain, but they do not become activated when seeing a member of another race or outgroup suffering pain. This explains how the unspeakable cruelty that took place against the "witches" of Salem was possible. Witches were members of an outgroup, especially in a highly religious and patriarchal society, and thus they were dehumanized and subjected to brutality. Burning at the stake, crucifixion, horrendous acts of war all stem from this circuit of discrimination imbedded in our brain. This brain circuit has separated "us from them" throughout human history and it continues to do so today. Recently a Hindu man accused of eating beef was murdered by a mob, and many others in the Middle East who are deemed to be acting outside the beliefs of the local community are stoned to death for transgressions--modern day witch hunts.

Sex, bias, and mind-bending properties of natural products are at the core of witchcraft. The Tarot cards and highly intuitive witches who read them in New Orleans were fun, but all of this natural and supernatural human behavior--witch's brews, witchcraft, and witch hunts--is neuroscience.

Photo credits: Photos by the author