The Frick Collection's Russell Page-designed garden is recognized as a rare surviving jewel designed by an internationally influential practitioner; however, last year it was the preferred building site for a museum addition. It still exists because its historic context was established and assessed and as a result many rallied to its support. But, not everything can nor should be saved, which begs the question: how do we decide? 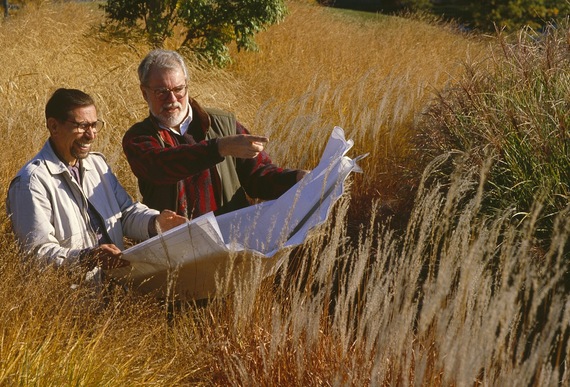 Landscape architecture is an innately ephemeral art form and a new exhibition at the National Building Museum in Washington, D.C. - The New American Garden: The Landscape Architecture of Oehme, van Sweden - provides opportunities to examine a body of work, explore its significance and ponder its future. It coincides with the 25th anniversary of the publication of Bold Romantic Gardens (1990), the widely influential book that introduced the world to the New American Garden; unfortunately, nine of the twenty-one gardens featured have since been lost, including the one at van Sweden's townhouse in the Georgetown section of Washington, D.C., which like Page's Frick garden, was purposefully designed as a viewing garden. 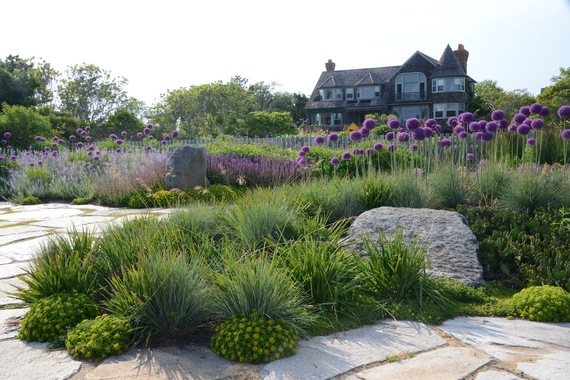 Since 2003, The Cultural Landscape Foundation (TCLF) has annually issued Landslide, a thematic compendium of threatened and at-risk landscapes and landscape features, which calls attention to designed landscapes in the United States and Canada; it also informs advocates and helps promote sound stewardship. In 2013 TCLF dedicated Landslide for the first time to the legacy of a single designer, Dan Kiley (1912-2004), and launched the traveling photographic exhibition The Landscape Architecture Legacy of Dan Kiley (currently on view at LSU Student Union Gallery through December 12, 2015). Within a decade of his death, several of Kiley's most important designs had been lost or substantially altered; on the plus side, five of his projects, including the Miller House and Garden owned by the Indianapolis Museum of Art, are now listed as National Historic Landmarks, the highest honor that can be bestowed on a site in the United States. As the traveling exhibition continues its nationwide tour, interest in Kiley's work grows, documentation and advocacy efforts broaden, and the import of his legacy is more widely understood and valued. 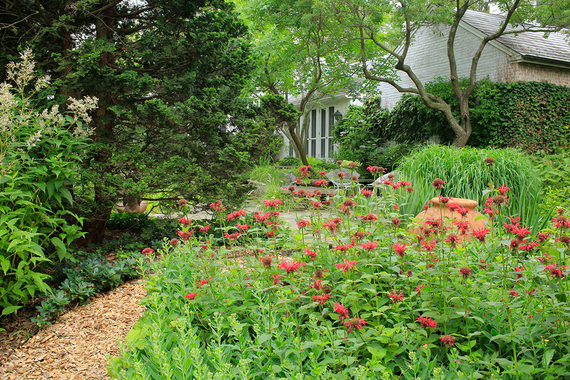 Can the same progress be made with the extant legacy of Oehme and van Sweden? The seminal works of the two master landscape architects (both of whom are deceased) are today potentially eligible for listing in the National Register of Historic Places. The future of these works ideally should be informed by wise stewardship decisions that ensure their documentation, design continuity and, for the public commissions, a high level of interpretation so that they, too, are understood and valued just as are works by Kiley or Frederick Law Olmsted, Sr. 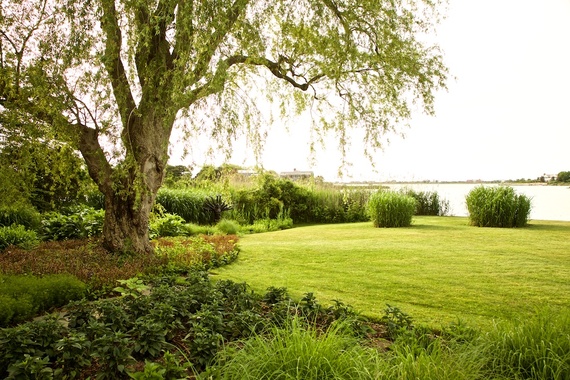 There are both imminent threats and long-term concerns about Oehme and van Sweden's public and private commissions. For example, the weekend retreat that van Sweden (with assistance from Oehme) created for himself on Maryland's Eastern Shore has been substantially altered. Clearly the time has come for holistic action. If the diminishing body of the designers' extant work is not comprehensively surveyed and assessed in order to identify the most significant private and public commissions, then many unique and irreplaceable landscapes will simply be left to die quiet deaths. 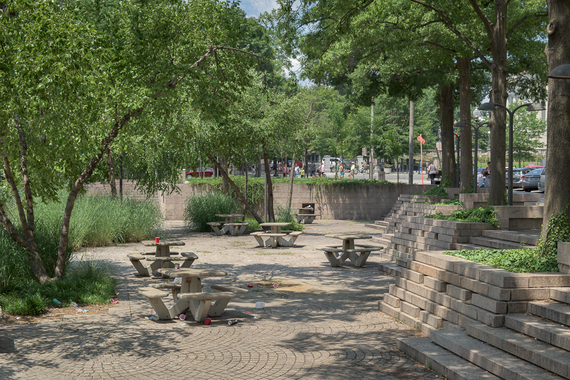 Facing an immediate threat is their work at Pershing Park on Pennsylvania Avenue in Washington, D.C. Designed by M. Paul Friedberg, the park opened in 1981 after which time Oehme and van Sweden were commissioned to design the plantings. The central feature of this Modernist site just two blocks from the White House is a large, shallow pool that Oehme and van Sweden transformed into a water garden. The pool has been drained, the original moveable tables and chairs have been replaced with hulking concrete seating, the sidewalks and other hardscape elements have degraded and are not being maintained - in short, the park is suffering from neglect. Now a proposal would place a national World War I memorial on the site, and all of the five finalist entries in the competition to design the memorial call for the park's demolition. Pershing Park is similar to Peavey Plaza in Minneapolis, another of Friedberg's designs that had also been threatened. Peavey Plaza, however, was listed in the National Register of Historic Places in 2013 and, for now, plans to substantially alter or demolish it have been shelved. Pershing Park should also be considered for listing in the National Register. It is one of Friedberg's most important surviving commissions and is a unique combination of his work and that of Oehme, van Sweden. 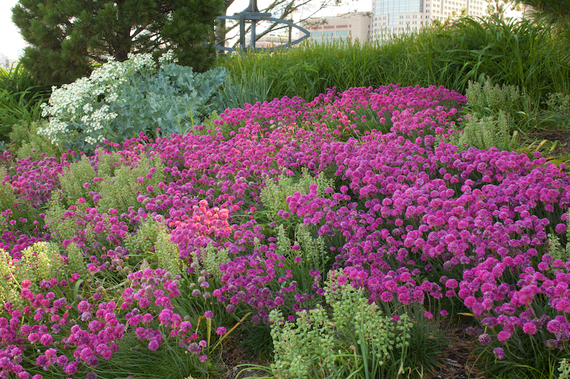 The future of Oehme and van Sweden's legacy at Rockefeller Park in Battery Park City, which is under the jurisdiction of the Battery Park City Authority (BCPA), is also uncertain. In July 2015 the New York Post reported an abrupt change in leadership at the Battery Park City Parks Conservancy, which manages the park; it ended the executive director's nearly three decades of close collaboration with the landscape architects who worked there, including Oehme and van Sweden, and marked the loss of a substantial body of institutional memory about design intent and maintenance. Additional reports, including in the local Downtown Express, raised concerns about the BCPA's leadership and lack of transparency, which could affect the park's future care and maintenance. 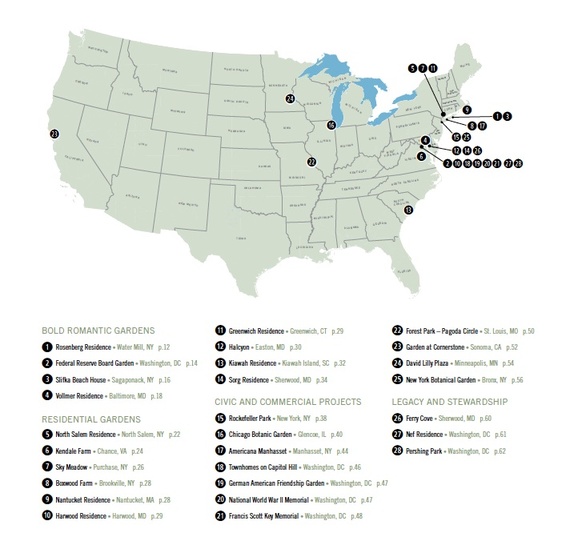 Oehme and van Sweden's legacy of residential work must also be considered, particularly seminal projects such as the Vollmer Residence, the Rosenberg Garden, and the Slifka Beach House. The original clients who commissioned these works have been exceptional stewards and have recognized the cultural and artistic significance of their gardens. They have also been generous in opening these sites to garden enthusiasts, the media, and others, thereby allowing a wider audience to experience and interact with them. But what will happen when the properties pass from these owners to others? Oehme and van Sweden saw the loss of important private commissions, such as the Nef and Littlefield Gardens in Washington, D.C., in their own lifetimes. 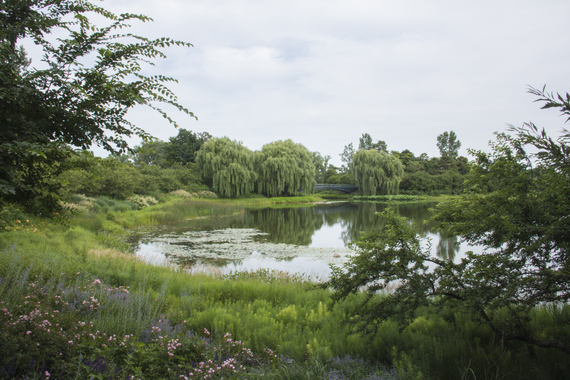 These stewardship challenges come at a time when the role of parks and open space in city-shaping has become more prominent and essential to the quality of life in cities. From Houston and Los Angeles to Toronto and Philadelphia, the concept of civic horticulture has transcended the planting of street trees for shade and is now integrated into a broader social, cultural, and ecological agenda. Will that sense of landscape architecture's importance result in improved municipal stewardship (for example, Bold Romantic Gardens co-author Susan Rademacher is currently Parks Curator for the Pittsburgh Parks Conservancy)? And will it also generate greater awareness among individual homeowners that yields collaborations with those who could develop documentation, registration and conservation strategies for Oehme and van Sweden's rare and irreplaceable design legacy? 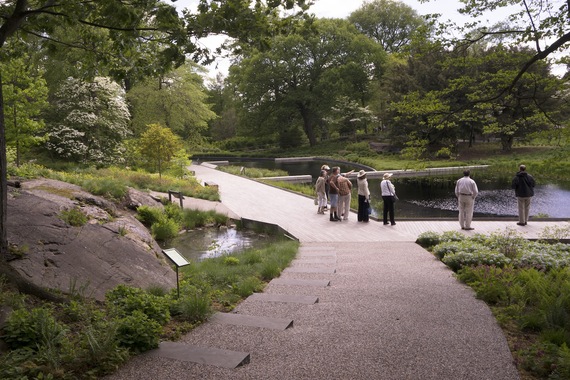 Despite the challenges and threats mentioned above, the examples of excellent stewardship at private residences and at public sites, such as the Federal Reserve Board Garden, Chicago Botanic Garden and New York Botanical Garden, give some reasons to be hopeful. The traveling photographic exhibition, complementary website and gallery guide, extensive body of writings by Oehme, van Sweden, continuation of the successor firm OEHME, VAN SWEDEN │OvS, and contributions of many individual advocates are all intended to make Oehme and van Sweden's legacy visible, understood, and valued. 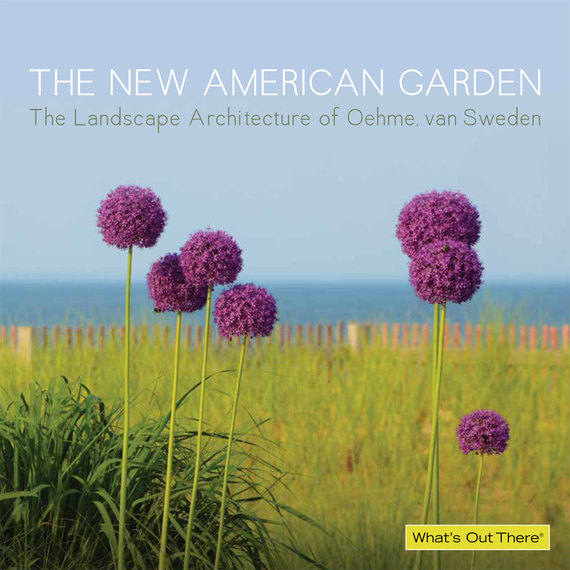 Cover of the gallery guide for The New American Garden: The Landscape Architecture of Oehme, van Sweden.