Last weekend, the United States unveiled its new state of the art detention facility to journalists, diplomats, Afghan officials, and nongovernmental organizations. After participating in the tour, I give the new facility a "vastly improved" grade compared to the Bagram Theater Internment Facility (BTIF), but U.S. detention policy has a long way to go before reaching "satisfactory."

It's clear that the authorities looked back at lessons learned from eight years of blunders and abuse in designing the new lock-up facility. However, since the detainees have not yet been transferred, the reality of the new facility is still unknown.

How will the guards and interrogators behave towards the detainees? Will the United States grant human rights groups access to the facility once the detainees arrive? Will the new Detainee Review Boards, charged with determining if someone should be released or not, be accurate and fair? 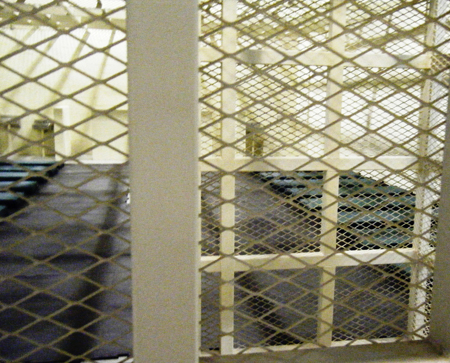 A communal cell in one of four detainee housing units at the new facility in Parwan. (Jonathan Horowitz)

Interviews I've conducted with former Bagram detainees indicate that these issues are of greatest importance, not the facility itself.

Also, a new facility does not tell us about the treatment of detainees at the point of capture. That is when Afghans allege that most physical violence and unnecessary destruction of property takes place.

As a Human Rights First report reveals, although the United States has improved the procedures previously in place at Bagram, those new policies closely resemble the discredited policies of the Cuba-based detention facility. Given the history at Guantanamo Bay, it's not hard to predict disaster -- unless U.S. detention authorities address the pitfalls immediately.

Similar to Guantanamo Bay, the new Bagram procedures deny access to lawyers, but grant them personal representatives and allow detainees to call witnesses. Yet this process failed when it was used in Guantanamo. 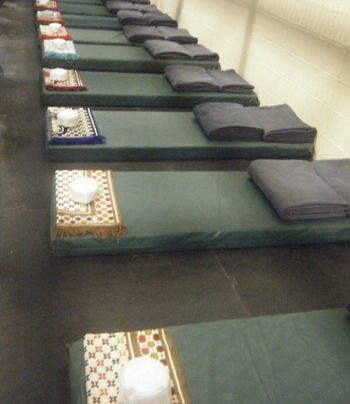 A communal cell in one of four detainee housing units at the new facility in Parwan.

A Seton Hall study found that in 78 percent of Guantanamo cases reviewed, the personal representative met with the detainee only once; and in 79 percent of the cases the personal representative meet with the detainee only a week before the hearing. This certainly did not provide anyone with a meaningful defense. The study also showed that very few witnesses were allowed to appear, effectively nullifying the right to call witnesses.

While additional improvements to the facility are still needed, there is evidence of a desire to improve detention conditions. The isolation cells contain toilets, which limit forced extractions and humiliating searches each time a detainee has to go to the bathroom. The metal meshed observer walk-ways above the 20 person communal caged cells have mats on them to reduce the noise of patrolling guards.

It is also a positive step that Secretary of Defense Gates created a new high-level task force--Joint Task Force 435--dedicated to improving detention policy in Afghanistan and ensuring that the new procedures are implemented. 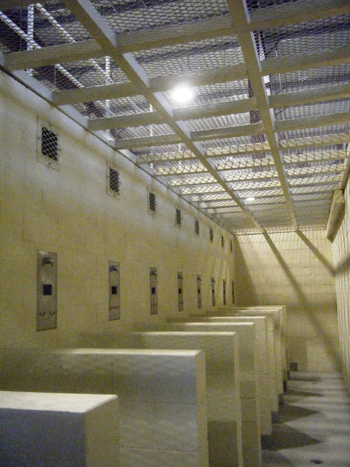 Showering facilities in one of four detainee housing units at the new facility in Parwan.

However, the United States must continue to reform its detention policy in Afghanistan; additional steps must be taken to increase transparency, legitimacy, and accuracy.

The first detainees are supposed to be transferred from the old Bagram facility to the new one by the end of the year. Soon, we will know if U.S. detention policy in Afghanistan has really changed or if it is more of the same.