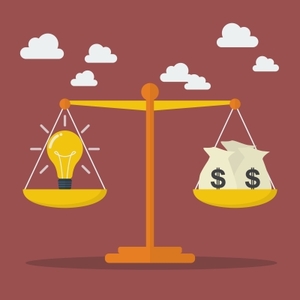 This past weekend saw a major data dump by the federal government related to higher education. It occurred in the stealth of night and as soon as folks realized all the new information that was out there in the public domain, social media lit up like a Christmas tree.

What is striking to me is that the major focus thus far has been on the data itself and what it does and does not tell us about higher education in America. That is understandable. New data for educators, policy makers and lobbyists are like candies in a candy store. Irresistible.

But, here's the issue for me: the main purpose of the newly released College Scorecard is to help prospective college students and their families, as well as school guidance counselors, make wise decisions about their post-secondary education. That's a worthy effort and distinct from, thankfully, a ranking system.The goal is to get more students to succeed in higher education. Sadly, the new College Scorecard misses the mark.

Elsewhere, I have detailed the substantial flaws on Page 1 of the actual College Scorecard. Bottom line, the site sends the wrong message, focusing on post-collegiate earnings as the sine qua non of excellence and quality. And, many meaningful comparisons among colleges and universities are hard to achieve. And, the elite colleges - the ones that enroll paltry numbers of Pell eligible students and hardly need our help - get prime real estate on the site. In a sense, the Scorecard, as the President of Trinity astutely observes, identifies and then reifies privilege.

But, the Scorecard could be fixed. Seriously. It could.

It would be easy to be cynical - about the late night release of the data, about the focus on the elite colleges (with an emphasis on undermatching), about the failure of the actual Scorecard to achieve its goals. But, if others and I turn (stay?) cynical, then we give up on making change. We will concede that politics always wins, that the Government with a capital G does not listen, and the data and all the intention on them were intended to trump the needs of first generation students - the very ones we were supposedly trying to help.

So, I am trying a different tactic, namely identifying and then pushing for change to the actual new College Scorecard. Perhaps this is Quixotic. Perhaps no one will listen. Perhaps no one within the Government and in a position of power will read what I have written and see the value of the suggested changes. Perhaps they won't answer my email. I actually offered to help identify and implement the needed changes, and I did once work for the Department of Education so I am no stranger there, despite the many departures.

Some will post comments that my effort is futile. I am wasting my time and energy. Perhaps. But, I have high hopes that the Scorecard (and Government) are not etched in stone and immutable. Might be worth making a fun bet on whether, in fact, a big bureaucracy can be moved so the Scorecard can achieve its lofty, valuable purpose.

And why do I have such high hopes, at a time when belief in government is not exactly at an all time high? Simple answer: if no one tries for make change, it won't happen. And, I was spurred on by the very recent, respectful and peaceful protests by students at Howard University. They were complaining that the deficits at the institution were impeding their education. These students were fighting to succeed in higher education.

If that doesn't give you hope, what will?