As more cities join the world street art scene, thanks largely to an enthusiastic youth culture sharing images across the internet and handheld devices, you see new artists popping up on the street almost daily. While there certainly is a developing global visual vocabulary on walls that is influenced by high profile international stars, you will still hear the local voice steering the street art conversation as well.

For Tel Aviv, known by many as a vibrant party city that never sleeps, there has been a blooming street art scene in the last five years that mimics some of those international styles even as it clearly is developing its own local aesthetic. 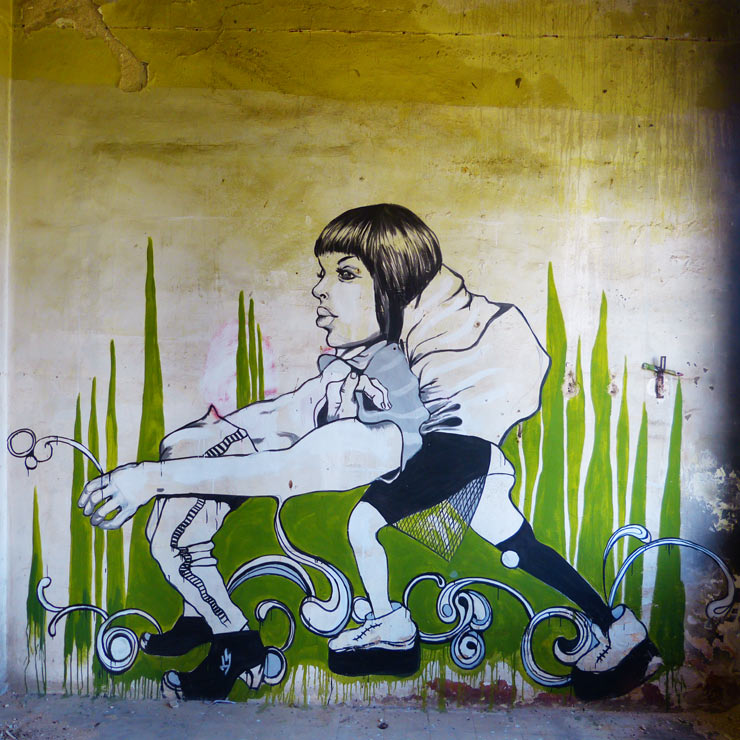 Today we feature new images from local artists in Tel Aviv by a photographer and scientist from New York. An urban wanderer who pokes through fences, over walls, and along small streets on the hunt for what's new, Yoav Litvin says he "views the urban environment as the perfect melting pot between humanity and nature, history and modernity, life and death." We talked to him about his recent explorations in the city and asked him to talk about his observations in this snapshot of a growing scene.

Brookyn Street Art: What captured your attention about the Street Art scene in Tel Aviv?Yoav Litvin: It's in your face! While walking in Tel Aviv, especially the city's southern parts, it was impossible to ignore; very diverse and colorful street art and graffiti are everywhere. 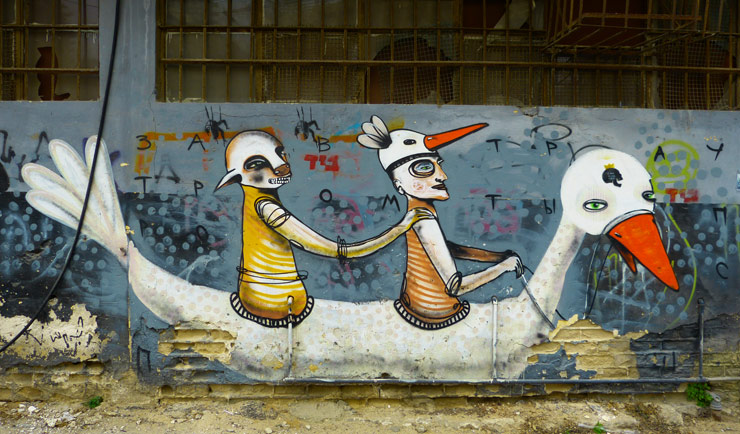 Brookyn Street Art: Many of these shots are in abandoned buildings. For some photographers it is like an adventure discovering these sorts of spaces covered with art. What is it like for you?

Yoav Litvin: There's a lot of character in abandoned buildings; the crumbling walls, the colors, the decay, the piles of rubble, the scattered tools or buckets of paint, the puddles of water, the beautiful imperfections. Every new space one discovers is surprising. You can sense a life history of an abandoned building, now turned bare skeleton. It's cozy in that sense -- it is accepting, non judgmental and unpretentious.

On the other hand, it keeps you on your toes with its broken stairs, sharp edges, crumbling floors, stinking trash, used needles and even an occasional inhabitant who surprises you. I find that art works beautifully in such settings, blending and mutually complementing the cracking paint and occasional crevices.

As a photographer I find that abandoned buildings are fun spaces to play with light and composition. Most of these buildings have broken windows and doors, if any, letting in light that breaks, angles and reflects in a symphony of colors, lights and shadows. 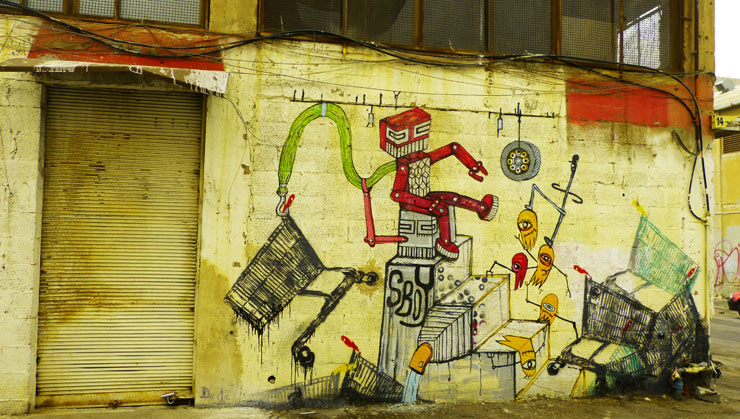 Brookyn Street Art: Most large cities have a certain amount of work on the street from international artists with a higher profile. What made you concentrate on just the locals?

Yoav Litvin: I love seeing work produced by internationally well-known artists. But I find that when I walk the streets of any town, I particularly enjoy seeking art that is new and fresh to my eyes -- art produced by local artists that are not as well known, many of them incredible talents that have just not had their international breakthrough. As a past inhabitant of Tel Aviv, I especially wanted to pay tribute to the local scene, artists who by nature integrate their city into their art, and their art into their city. 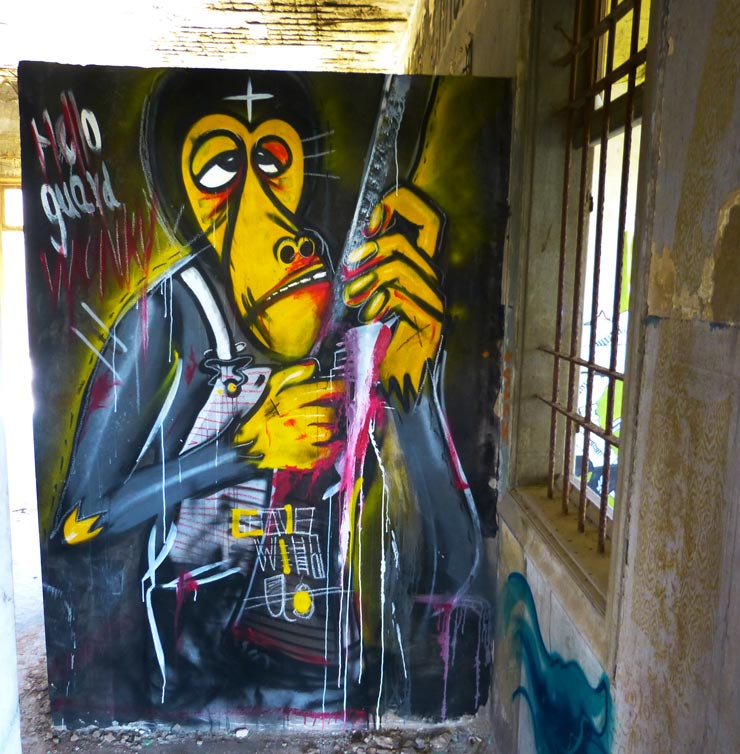 Brookyn Street Art: Street Art can be a good barometer of public tastes and a reflection of the culture that it is part of. Is there anything distinctly Israeli about the work you see represented, whether thematically or stylistically?

Yoav Litvin: From my recent short visit to Tel Aviv, I noticed great diversity in both styles and mediums used. I also noticed graff[iti] and street art ranging from simple tags any kid can do, to beautiful murals and elaborate pastes. As far as distinct content, I did notice some politically-oriented street art that directly addressed internal Israeli corruption, the ongoing occupation of the Palestinian territories and some social issues.

Other than that, I can't say I noticed something distinctly Israeli as far as style, but I do blame that on the shortness of my visit; with more time actually spent there, maybe I would be able to pick that up. It's clear though that just like any urban artists in today's interconnected world, both their local scene and other artists worldwide influence Tel Aviv-based artists.

Brookyn Street Art: What is your favorite kind of shot as a photographer and when do you know you captured it?

Yoav Litvin: My favorite shot is when I spot something beautiful in good light, and can frame it perfectly so that it somehow relates to its environment in an interesting way. If it includes an opportunity to capture a particularly beautiful instant in time, that's especially rewarding. When I snap such a shot, I usually just know it. 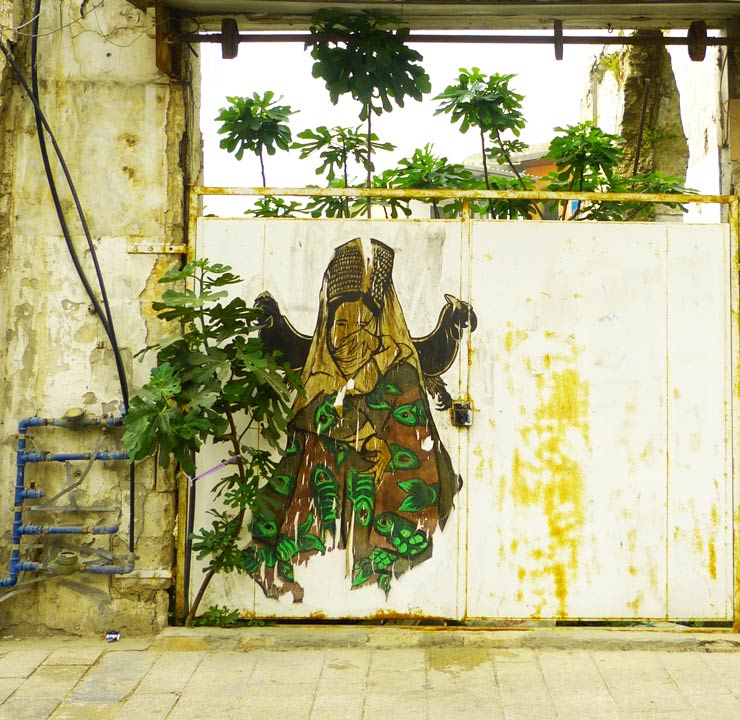 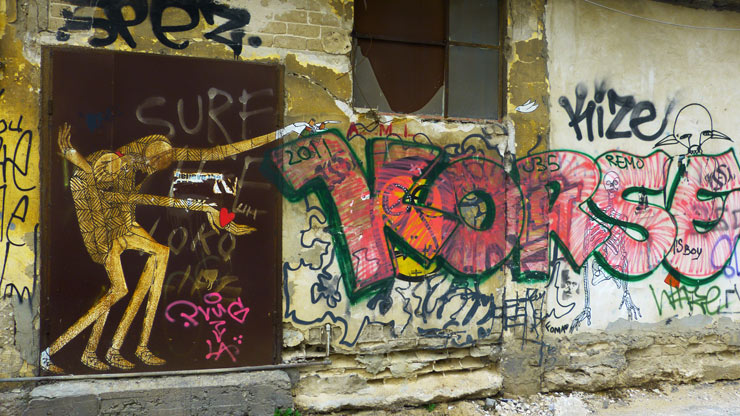 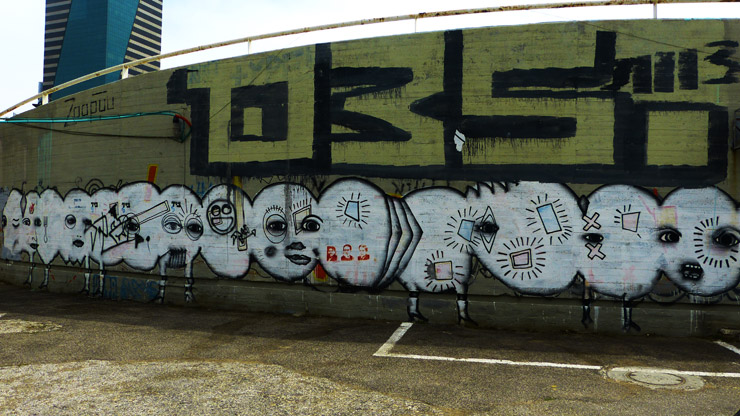 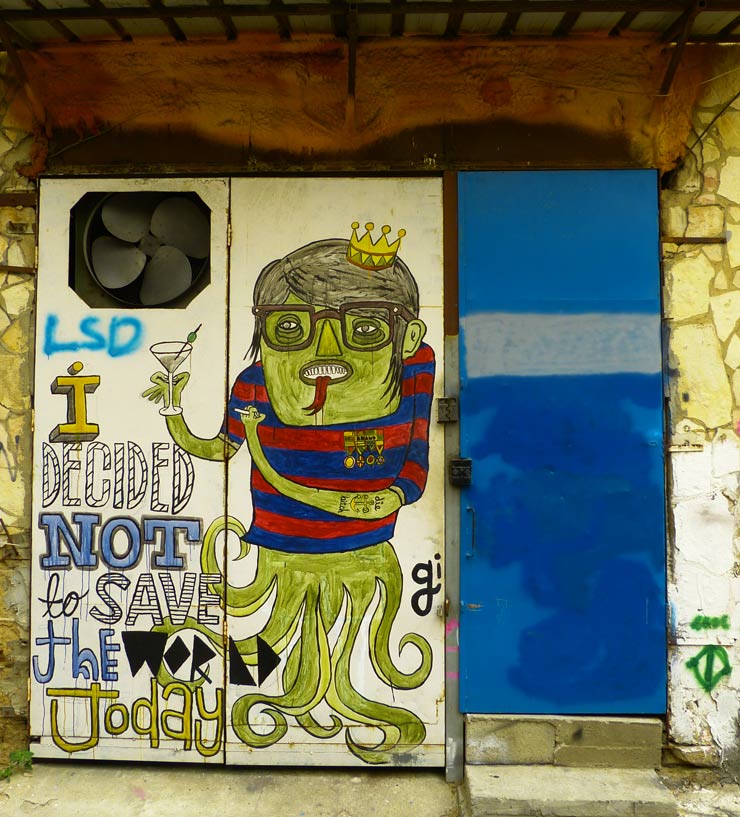 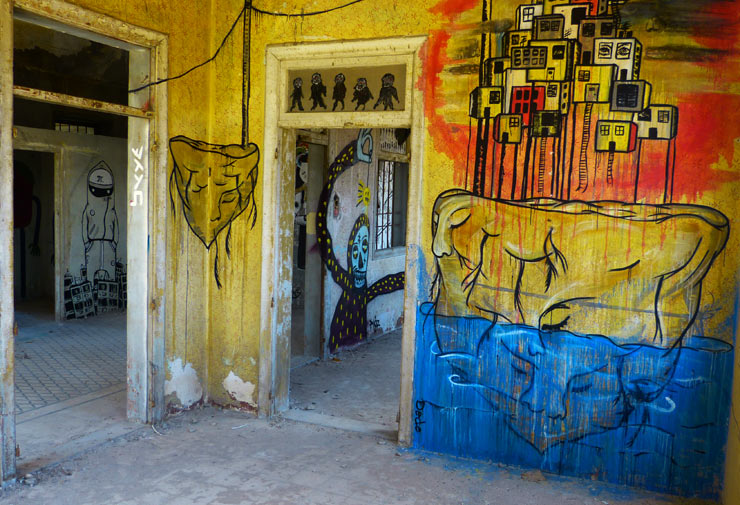 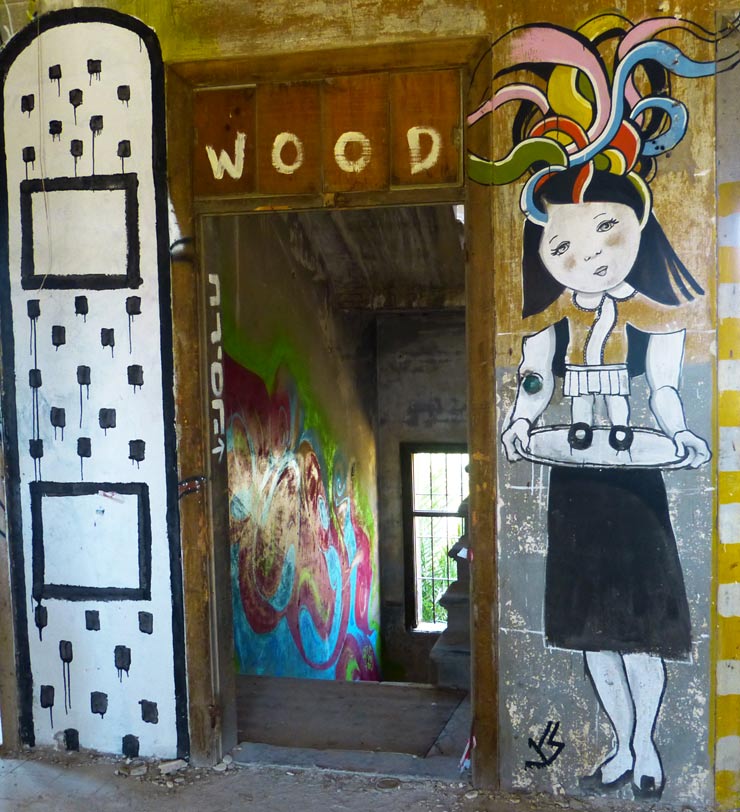 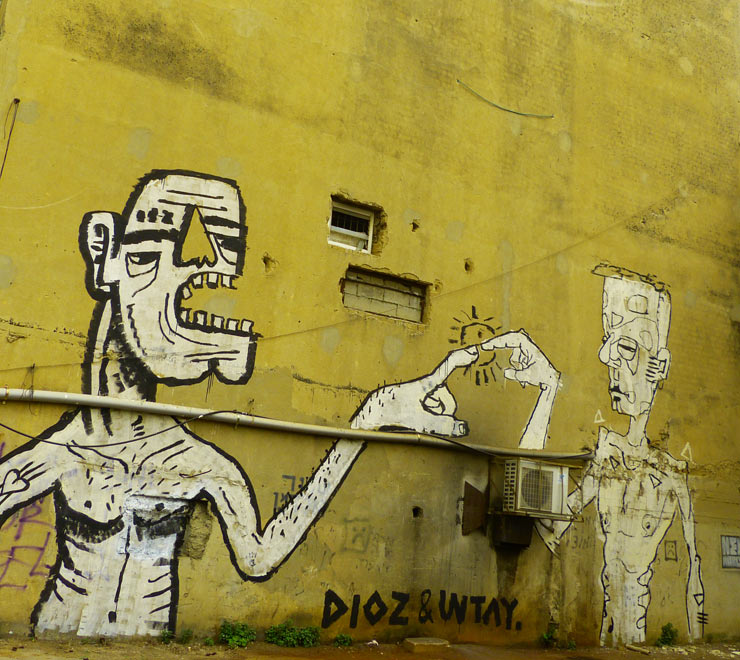 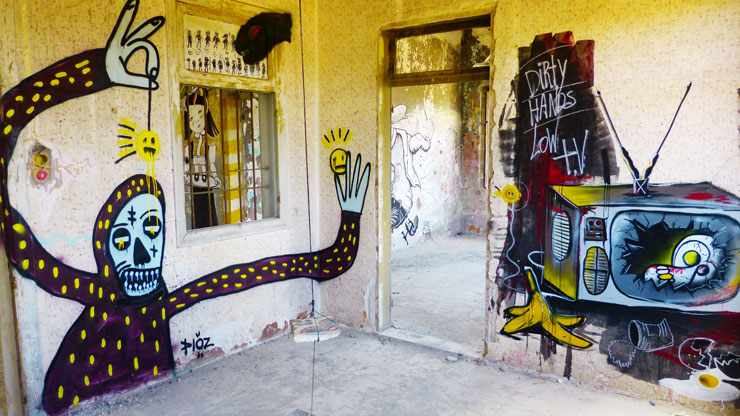 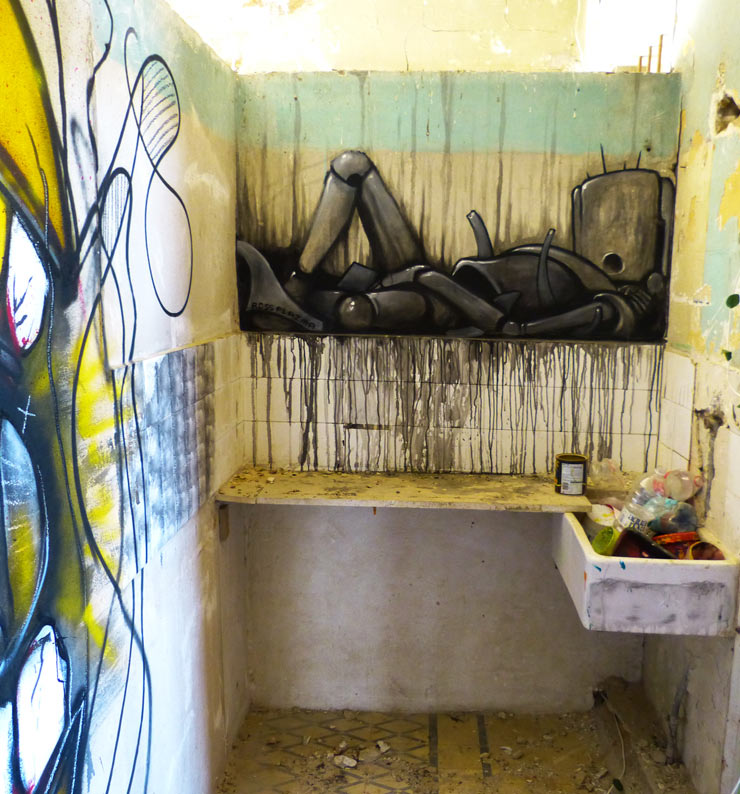 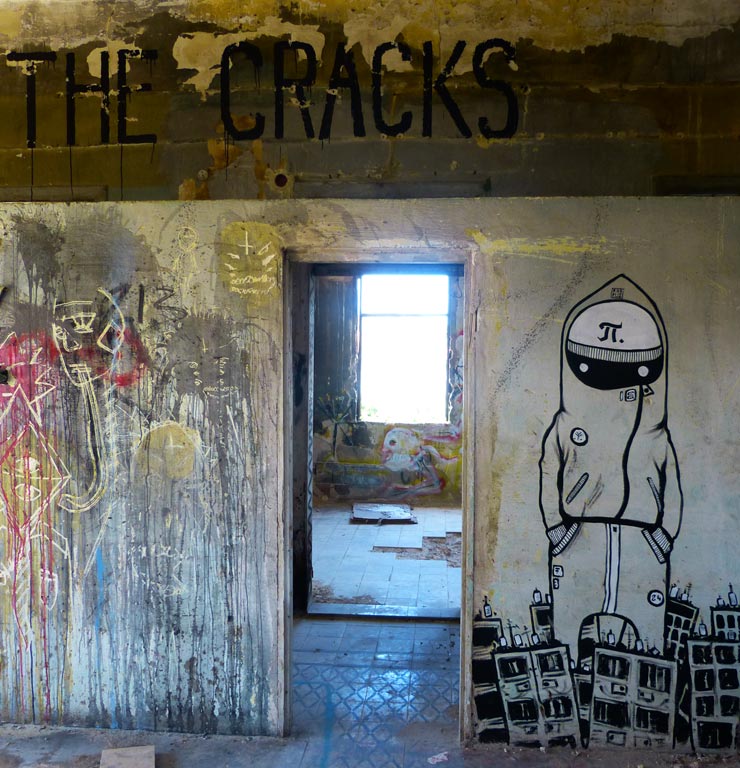 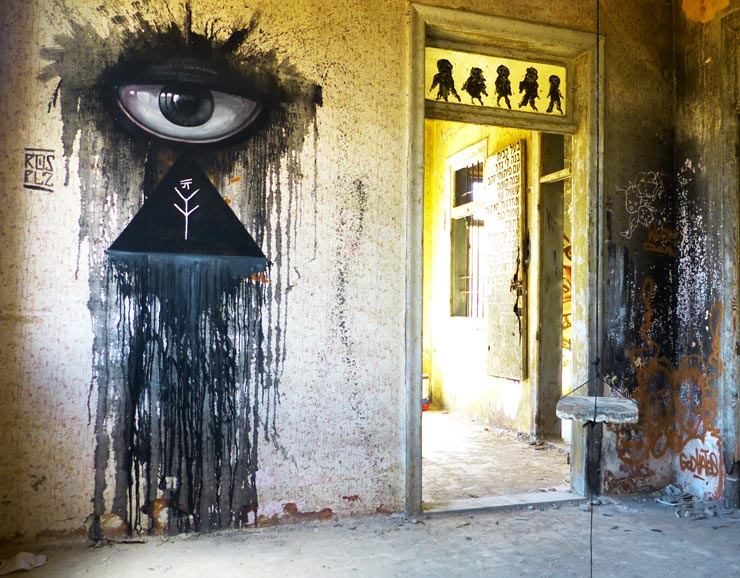 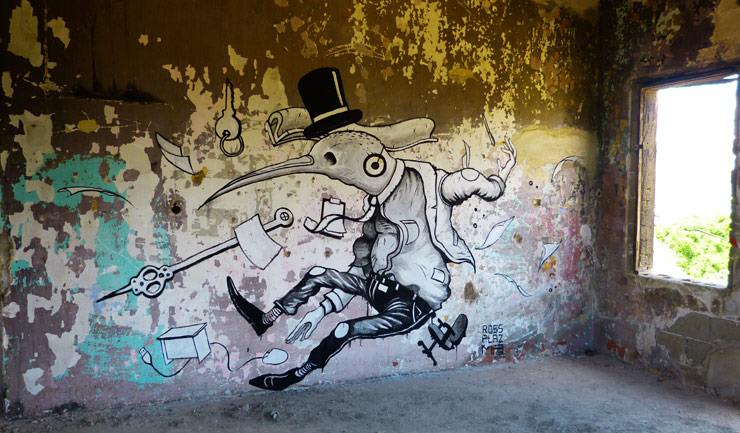 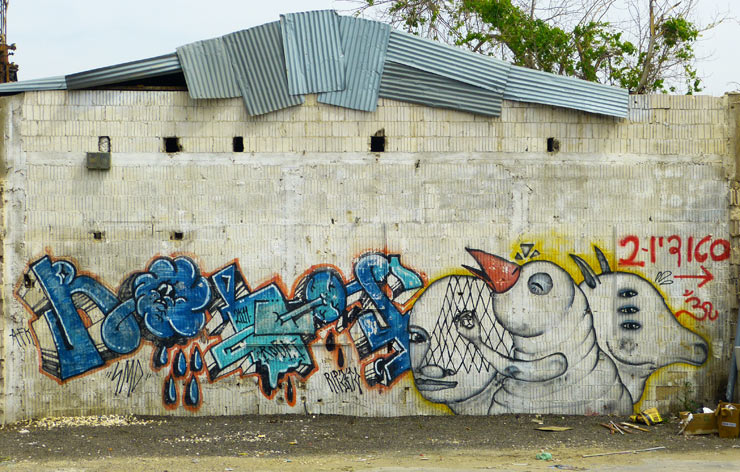