Yesterday I met with Tülin Akin. Tülin has developed a credit card and a range of information systems for farmers, which help them to better understand market and weather conditions. And with this, to increase their yield.

Us city kids think that farmers always know what's best when it comes to nature and animals; they have for generations. But that isn't true anymore - if it ever was. Today, in the Besiktas district of Istanbul, I met someone who realised this a long time ago. And she has done so much work in the field that one of Turkey's model social enterprises has grown out of it. But first things first. Allow me to introduce you to Tülin Akin, founder of Tarimsal Pazarlama. In English: "Agricultural Marketing". 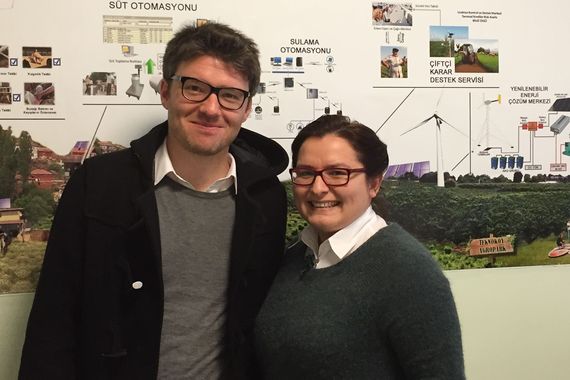 It all starts in 2004: Tülin is studying marketing and agriculture. "Why?" I ask. "Every Turkish kid's grandfather is a farmer", says Tülin's translator. I ponder for a second what she means by that, but Tülin is already moving on to the next thing. Probably a very metaphorical potential analysis, I think to myself.

Farmers don't know much about market prices or weather forecasts

Contrary to my naïve assumption, many farmers really know relatively little about current market prices, weather forecasts, new subsidy programs or innovative agricultural techniques. Especially if they live well off the beaten track. For example in East Anatolia (almost 2,000 km away from Istanbul!). It's in these places that Tülin wants to solve people's problems. 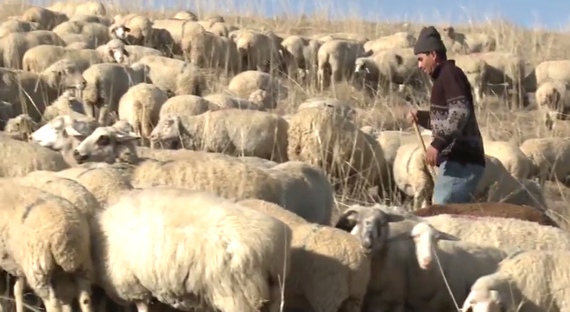 To find a programmer for it in 2004 isn't easy. Tülin writes an email to a Yahoo User Group to spread the news that she wants to build the biggest farmer information network in Turkey. One developer gets in touch. That's something, Tülin thinks optimistically, and gets started with him. But elsewhere the initial feedback for her idea was pretty poor as well: neither the government nor the Farmers' Association was interested in the project. "Actually, that still hasn't changed", says Tülin. 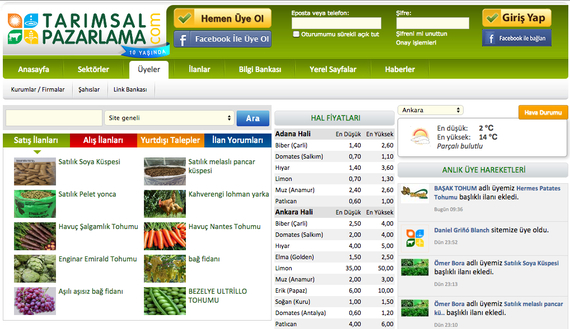 In the early years, Tülin visits farming villages again and again, and shows the farmers how their information platform works on "the internet". The users keep their distance. Still. She still isn't sure exactly when the idea for a credit card especially for farmers came to her. In any case, she convinces a bank to bring out a credit card just for farmers.

Farmers can buy new seeds with their credit card

Up until then, farmers had had trouble getting credit, since they usually have no monthly income. Or they borrow money from individuals. The translator mumbles the word "bondage".

The basic principle of the new idea: "Pay every day - pay back on harvest day". The farmers were able to use their credit card to buy new seeds or fertiliser. And the bank, which already had a large number of farmers as customers, becomes Tülin's first pipeline into the farming world. 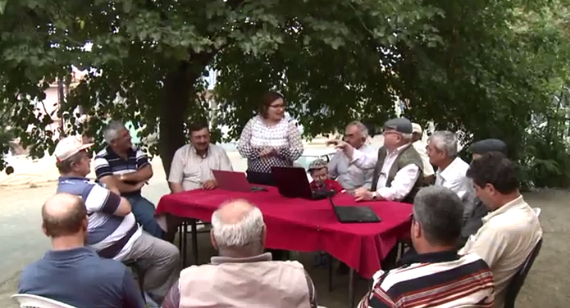 After a while, Tülin became unsatisfied again. The number of users plateaued around the 20,000 mark. Was that supposed to be the full harvest after three years of hard work? On her visits into the Anatolian villages she sees that nowadays many of the farmers have some sort of mobile phone. "I only have sheep, my two dogs, and a mobile telephone", says a shepherd in an information video on the website. (And we wouldn't be the digital optimists from the better place lab if we didn't believe him!) 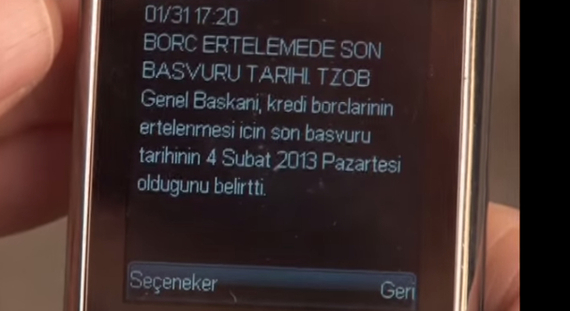 She pounds the pavement to the three biggest mobile providers in Turkey, on the hunt again for a new cooperation partner. The first one says: "No, not interested!" The second one says: "No, all the farmers are already our customers". At the third one, a new CEO was just about to be appointed.

Vodafone Farmer's Club: a special tariff for Farmers is born

Once again, Tülin is in the right place at the right time: the CEO had previously worked for a company that was also involved in agriculture. The "Vodafone Farmer's Club" is born. A special tariff just for farmers is created, which includes continual information via SMS about market prices, weather changes, pests and diseases. 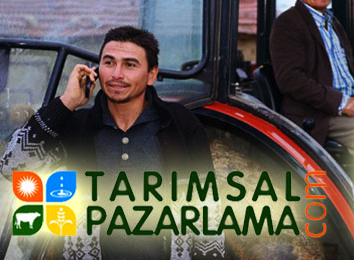 Has the description "value-added service" ever been more justified? The farmers are excited. For some, yields have tripled. Some have escaped the threat of poverty.

Vodafone takes care of spreading the word, driving promotional trucks through the streets to advertise the tariff. For Vodafone of course this isn't primarily a social program. Vodafone's giant trucks are travelling first and foremost towards a giant target market. But Tülin and the mobile provider complement each other beautifully.

The development doesn't end there: soon enough, for example, farmers are texting Tülin and her team back: "I have a tonne of tomatoes to sell - who wants them?" The ads are published on Tarimsal Pazarlama, a virtual marketplace for agricultural produce is emerging. Along with sending out value-added text messages, this advertising space is now the second pillar of Tülin's business model. After all, she is not just a social entrepreneur, but also a businesswoman. She currently has 23 employees.

Bit by bit, Tülin tries out new partnerships, some are fruitful, some don't yield a return. For example with Intel, with whom Tülin developed a computer for farmers: special hardware for farmers, special software for farmers. No, Farmville was not installed on the devices - but apparently that was not the reason why the gadgets flopped.

Many farmers get online with Iranian providers

Suddenly everything has to be mobile. As ever, Tülin didn't give up, and built a tablet device with Intel. With that, you can also get online when you're on the move, especially in South-East Anatolia, since the connections there are more affordable, as many farmers manage to get online with cheaper Iranian providers.

But now, once last time at a glance, so as to not miss the forest for the innovation-trees. The individual products and services of Tarimsal Pazarlama work like this: 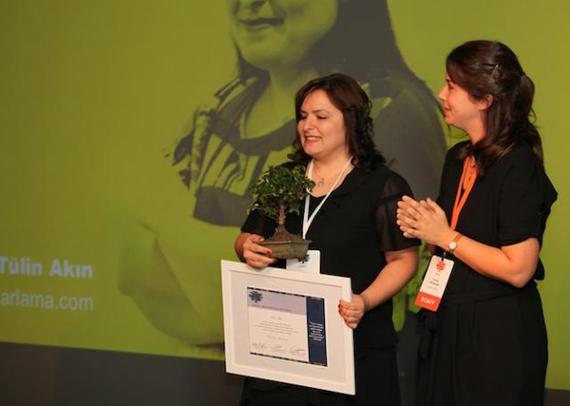 Today, Tarimsal Pazarlama reaches several million farmers right across Turkey - of these, 1.4 million regularly by SMS. During harvest time, the website bustles with up to 30,000 farmers a day. We'd call that making an impact, wouldn't you? Alongside the Ashoka Fellowship - Ashoka is the largest network for social entrepreneurs in the world - Tülin has swept the Social Entrepreneurship Prizes time and again.

But her highest praise: "The Farmers' Association now wants to build something similar", she says, and laughs. She wouldn't be Tülin if she wasn't already thinking ahead: farming villages should be upgraded into "smart villages". Everything would be networked together, the weather stations with the drainage systems, solar panels with cold rooms, and if Tülin has anything to do with it, probably big potatoes with small potatoes. 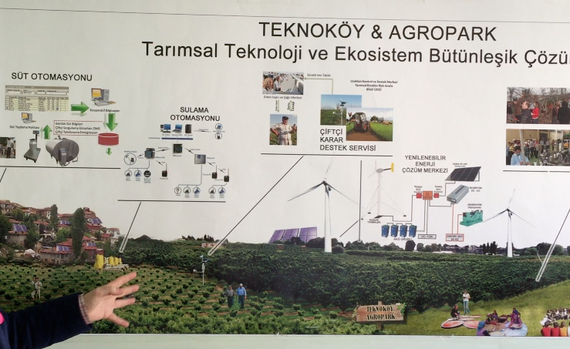 This article is part of the series "lab around the world".
You can find more information here.