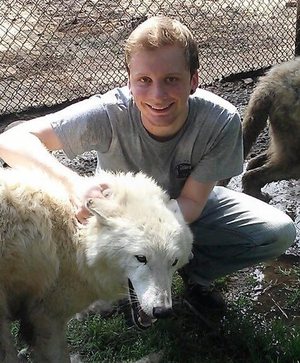 Photo: Lakota and me at the sanctuary
We're a nation of animal lovers.
77% of Americans
say animal protection is "very" or "somewhat" important. A recent
Gallup poll
indicated 32% believe animals deserve "the same rights as people." Globally, animal rights is the
most popular cause area
for Change.org supporters. And Pope Francis endorsed the intrinsic value of animals in his
recent encyclical
.

I'm no exception. Some of my first volunteering experiences were with my local animal shelter, and I spent many hours at a wolf sanctuary in Texas. I imagined opening my own sanctuary one day to make an even bigger difference.

As I grew older, I became involved in "effective altruism," a budding community of people who use evidence and reason to help others as much as possible. One organization taking this approach is GiveWell, a charity evaluator that finds and recommends outstanding giving opportunities to help the global poor. GiveWell moved over $27 million to their top charities in 2014 and are on track to move much more through their partnership with the foundation Good Ventures.

The opportunity to do huge amounts of good, like deworming a child for just $0.50, was deeply exciting to me. And for a while, I worked towards a career in helping the global poor. Rather than feeling like a personal cost or sacrifice, this gave me happiness and motivation each day to wake up and have the impact I always wanted.

A major component of effective altruism is continuously searching for the most promising cause areas where you can do the most good. Eventually, I realized many more animals needed my help than just those in animal shelters, and that the vast majority of animals directly harmed by humans were being largely neglected by policy-makers and charities.

These are the animals raised and slaughtered in our food system, who have feelings and desires much like we do but are currently left out of most animal protection efforts. In fact, 360 farmed animals are killed in the United States for every dog or cat euthanized in a shelter. And Americans give at least $200 to animal shelters for every $10 given to farm animal charities.

Over 99% of farmed animals in the U.S. are raised in cruel factory farms where they endure severe confinement like gestation crates for mother pigs that are so small they can't even turn around. Other abuses include painful mutilations such as castration without anesthetic. This horrific industry has been called by some in our generation the worst thing in the world.

It was hard for me, like many others, to emotionally grasp the huge scale of farmed animal suffering. Scientists have shown that our minds block out compassion for mass tragedies, perhaps because we expect these groups will need more help than we can give them. One set of experiments asked participants how much they were willing to pay to protect either 2,000, 20,000, or 200,000 birds annually from drowning in oil-covered ponds after an oil spill. Participants said they would pay an average of $80, $78, and $88 respectively, failing to adjust for the exponential differences in scale.

Fortunately, I think we can finally overcome this mental obstacle and tackle the issue of animal agriculture. Indeed, we already are. Today, animal protection is transforming into a movement that accounts for all species of animals. Just as our dogs and cats at home deserve happiness and protection, so too do the cows, pigs, chickens, and other animals we currently raise and slaughter for food. The fight against speciesism and the vision of a world without any animal suffering is now the forefront of the animal protection movement. 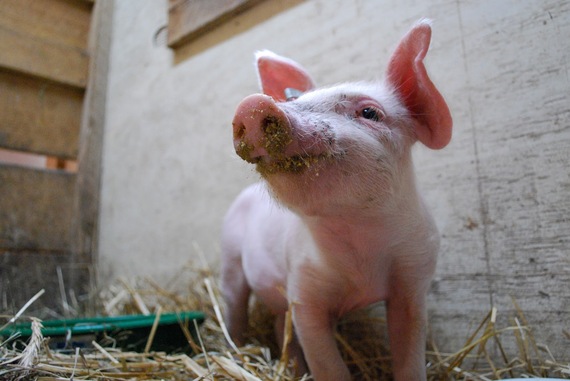 But, to achieve this vision, we animal lovers (and others!) need to work together. We need to expand our horizons and ensure society doesn't leave any animals out of our moral scope. The charitable landscape for helping animals is no longer just animal shelters and wildlife sanctuaries. Charities creating big changes for farmed animals include The Humane Society of the United States, which recently announced a new ballot initiative in Massachusetts that would alleviate some of the worst confinement practices. Welfare reforms like these represent a major step towards a world where all animals can live without suffering.

By supporting effective charities like these, spreading this message of antispeciesism, or getting involved in the effective altruism community, you can help build a world where all animals are treated with thoughtful consideration for their well-being.