When I first started blogging about my adventures in raising a gender creative son, I wasn't very educated when it came to gender. All I knew is that I wanted everybody to be cool with my then-3-year-old son wearing a dress and loving the Disney Princesses. I wanted it to be okay for boys to like feminine things and girls to like masculine things. I didn't know at first that I was fighting the gender binary.

Gender binary: (n.) the classification of gender into two distinct, opposite and disconnected forms of masculine and feminine.

Male vs. female. Boy vs. girl. Blue vs. pink. Superhero vs. princess.

It seemed like everybody wanted my son to be one or the other. Either or. People were uncomfortable with him living in the middle -- in the no man's and no woman's land. 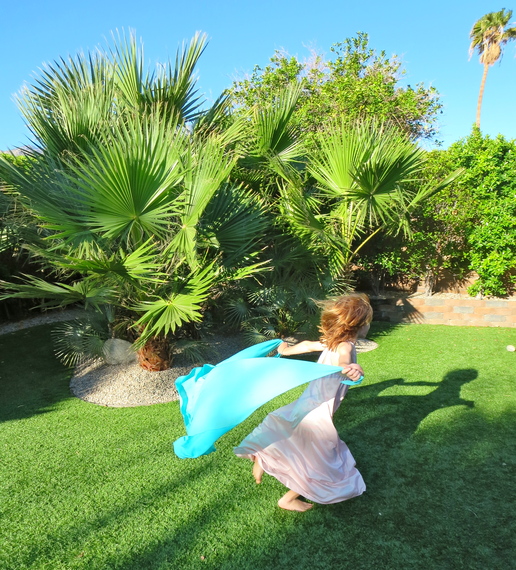 Over the years, I've watched as things started to change in regards to the public visibility, awareness, understanding and acceptance of differently gendered people. The binary was being busted and I couldn't have been happier.

TIME Magazine even proclaimed that society had reached "the transgender tipping point" and that the transgender movement is poised to challenge deeply held cultural beliefs. Yes! Bring it on!

America was finally talking about gender. It's complexity. It's fluidity. It's individuality. The general public might, maybe, hopefully, be beginning to understand the ridiculousness of the gender binary.

For years, I've been sharing our family's story in hopes of encouraging people to loosen up a little about gender, allow it to be fluid and support those who aren't solely masculine or solely feminine. People can be both or neither or a unique mixture that can vary depending on the day or hour.

For the sake of my son, I wanted the world to see that there are more than just two options when it comes to gender expression and identity.

Laverne Cox, Jazz Jennings, Caitlyn Jenner and others were helping by living publicly, authentically and without shame. They are brave beyond belief and I'm so thankful for them. After all, if people can handle a former male Olympian as a female in a corset on the cover of Vanity Fair, surely they would be cool with my son wearing a skirt while maintaining that he's a boy. But they weren't. They aren't.

Things seemed to swing in another direction. Because of the transgender movement, there has become a new binary. Cisgender vs. transgender.

Cisgender: (adj.) noting or relating to a person whose gender identity corresponds with that person's biological sex assigned at birth. (Example: I was assigned female at birth because of my vagina and my gender is female.) 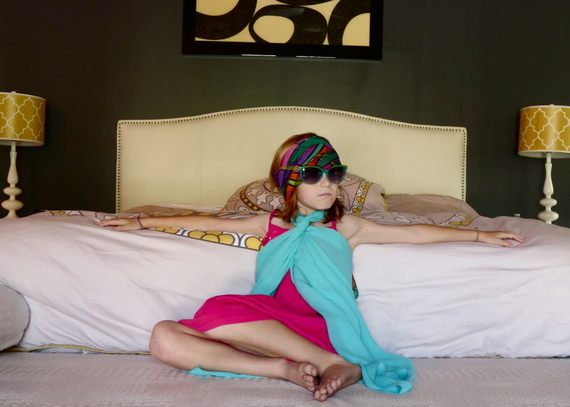 Every time I publish a blog post or post to social media and use masculine pronouns for my son (whether I'm talking about his desire to be called Mrs. Clooney, get his ears pierced, etc.), people -- no matter how accepting and progressive they think they are -- tell me I'm using the wrong pronouns. They insist that my son is transgender and that I'm not honoring that.

Good for them. Seriously. Good for more people pushing others to honor people who are transgender.

I couldn't be honoring my son's gender identity any more when he is expressing himself as female and I use the masculine pronouns that he prefers.

He is a boy who likes to wear skirts, lip-gloss, sparkly ballet flats and (for now) clip on earrings. He knows what it means to be transgender, he's watched two of his friends and countless adults transition.

He insists that he is not transgender. He identifies as gender nonconforming. He says he's a boy who only likes girl things and wants to be treated like a girl. He doesn't like it when people use feminine pronouns to address or talk about him. He loves his male anatomy (as 9-year-old boys are wont to do).

In the new gender binary, he has no home. Cisgender vs. transgender. He's neither.

In the old gender binary, he has no home. Male vs. female. He's neither.

So, still, I find myself fighting a gender binary while explaining my son's gender identity and expression. That's fine, I will do it until the day I die or until he asks me to stop. It's just that, when I saw transgender education and acceptance coming to the forefront, I expected things to be different.

I thought that if society could see, start to understand and accept transgender people (which some consider to be at the very extreme end of the cisgender-transgender gender binary), that they would have no problem at all accepting all of the people who are "just" gender nonconforming.

We have to get beyond trans. Let's make that the next social movement. Let's get to the point where we say, "Hey, I don't know if that person is male or female or both or neither, so I'm just going to treat them like a person" or "My brain tells me to use female pronouns for that person but the person tells me to use masculine pronouns, so I'm going to masculine pronouns because what the hell does it matter to me?!" or "That guy likes to wear skirts. Cool."

Let's respect every person's unique gender journey by not believing in any binary. Let's bust the binary. Once and for all.