"You inspire me with
Your determination
And I love you"

These are the words written on the artwork Birds (2012) by Tracey Emin, which was hung up in the corridor leading to the Rosemary Murray Library just before the beginning of the infamous Easter term, also known as exam term. While this print was originally dedicated to the London 2012 Paralympic Games, the message of support was surely appreciated by students embarking on the most challenging journey of their academic year. 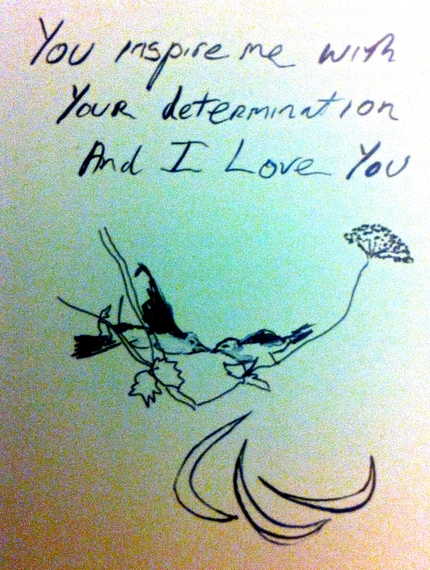 The lithograph, which was recently donated anonymously to the College, forms part of a pretty unique and relatively unknown miscellany: the New Hall Art Collection* of Murray Edwards College (founded as New Hall), Cambridge. The latter is the largest collection of Women's Art of the XXth century onwards in Europe, and the second largest in the world behind this of the National Museum of Women in the Arts in Washington D.C. Murray Edwards College being one of the 3 out of the 31 constituent Colleges of the University of Cambridge that still admit only women, its approach to the Arts translates its more general vocation: empower bright young (as well as less young) women and celebrate their talent; pay them a tribute and give them a tribune.

As explained by Sarah Greaves, the College Administrator who doubles as the Collection Curator, it started back in 1986 with the purchase of Extase by Mary Kelly, who was then Kettle's Yard artist in residence at the College. Afterwards, a letter was sent to the 100 most successful living British women artists asking them if they would donate one of their works to the College and 75 of them responded positively. Since then, gifts and long-term loans flowed inside the College walls from word of mouth, transforming a small and unusual assortment of artworks into a sizeable Art Collection of amazing diversity and breadth. The Collection continues to expand as the art committee meets at least three times a year to consider works proposed for inclusion. It now counts over 450 artworks spread all around College grounds and it has become an integral part of the College's identity. For instance Wendy Taylor's Three Dung Beetles are now the College's mascot (and miniatures are available to purchase as cufflinks!); and when I first got my letter of admission, a close friend and fellow Cantabridgian warned me that Murray Edwards "feels more like a modern art museum than a Cambridge College." While it is true that concrete structures, modern paintings and abstract sculptures have replaced centenary buildings, wood panellings and mouldings, it strikes me after living here for 9 months that Murray Edwards' modernity is appreciated in many different ways. Notably insofar that it reinvents traditions and defies conventions. In the same way that, when it was established in 1954, it challenged and indeed helped changed the image of Cambridge as a place reserved to young privileged men; in the past 26 years, the College has been fighting the deep-rooted perception of the Arts as a type of expression in reach only of an elite of connoisseurs.

On June 2nd 2015, during the official presentation of the Collection Catalogue** at the Royal Academy of Arts, this aspect of the College's mission was greatly emphasized. Indeed, Dame Barbara Stocking, the current President of Murray Edwards and former CEO of Oxfam GB, stressed the importance of making sure the artworks were accessible (in every sense of the word) and in constant dialog with their academic environment. Therefore, it is not surprising that they can be found everywhere: from students' accommodations' corridors to the dining hall (known as the Dome), from the Porters' lodge throughout the gardens; and that thematic exhibitions are regularly organised, such as "Women and War" or currently "Germans in Britain." 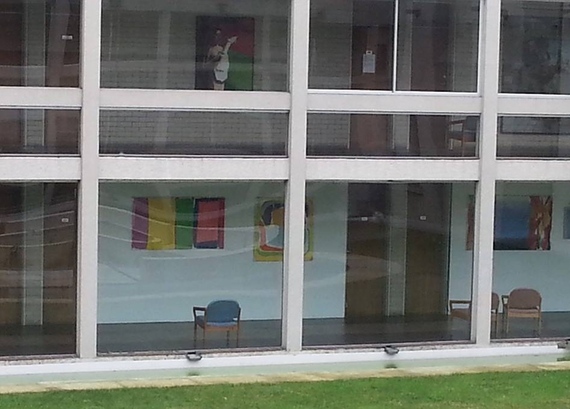 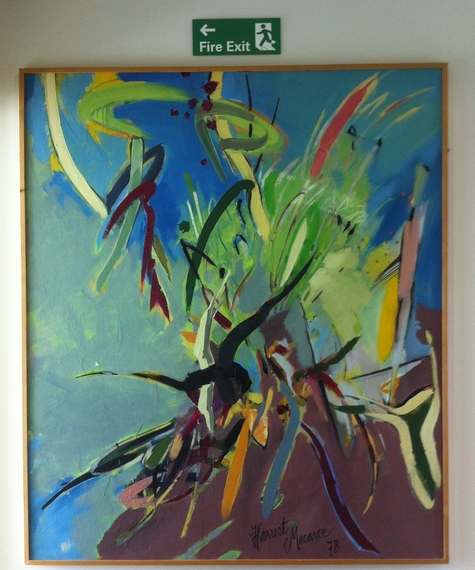 The launch of the New Hall Art Collection Catalogue gathered together happy students, Fellows, artists, alumnae, donors and collectors. It felt both as the culmination of much collective effort and as the beginning of the new chapter for this very unique Art Collection. It finally felt "like the right place to be" in the President's own words. Not much can be done about the past in general, not much can be done about discriminations women have suffered in the household, the labour market or the Art world in particular. However, it remains our duty to repair the harm as much as possible and create a world with equal opportunities for men and women. According to Lorna Omondi, a graduate student at Murray Edwards, the Collection contributes to achieving this goal in the Art world as "it gives visibility in numbers. Indeed, most of us could easily name 10 male artists, while we most probably wouldn't be able to do the same with female artists." Lorna further believes that "it is an amazing initiative to share the artworks of inspiring women with our College and with the world at large, especially as eventually it could change people's perception about Art by bridging the gap between male and female artists' representation." So next time you are in Cambridge, do not hesitate to stand out of the crowd, go up Castle Hill, and get inspired. 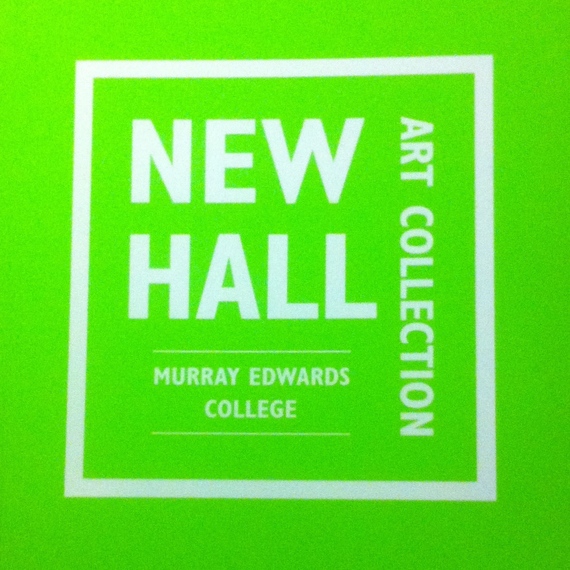 Finally, it is often said that Art is a means to raise political awareness. Murray Edwards College illustrates this well, and so does its uncommon Collection. In the same way that the College decided to remain single-gendered because it considered that women's input was not promoted enough within the University; it decides to put on display exclusively female artists to remind the world that women are not objects of desire carved by whatever Pygmalion, but subjects in their own right and nothing less than Creators.

*The Collection is available for public viewing every day from 10:00am to 06:00pm. Private viewings can also be arranged. For more information, contact Sarah Greaves: art@murrayedwards.cam.ac.uk