In September 10th-14th, 1960 at Baghdad, O.P.E.C. (The Organization of the Petroleum Exporting Countries) was founded by Republic of Iran, Iraq, Venezuela, Saudi Arabia and Kuwait. Later, other countries from the Islamic world joined as O.P.E.C. members, thus holding the largest reserves of "black gold." In this context, the U.S. managed to set their dollar as the currency for oil trade, marking the next 30 years of history and changing everything in their favor -- becoming an economic superpower. 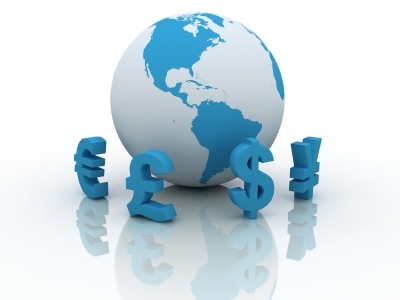 Since ancient times, from the 7th century BC, people have used coins. Currency replaces barter. There were copper coins, bronze, then gold and silver, metals that represent by their sheer amount the value of an asset. In the modern world every state owns an amount of gold that guarantees their banknotes. The banknotes become a receipt; who owns them can go to the bank and exchange them into gold. In the early '70s, the Nixon government changed, in a radical mode, the vision of money. Taking advantage of its dominant position in the oil market, the U.S. no longer guaranteed the dollar, thus becoming a fiduciary currency (money that depends on its value on confidence). In spite of that, other states are forced to buy dollars.

In 1999, O.P.E.C. makes another major intervention in the market shifting from U.S. dollars to the Euro (the Euro was created by the EU to challenge the dollar on currency markets). All dollars issuances start to shake because the currency value can not be sustained. Since then, the dollar was issued but was not backed by gold, favoring market speculations. In spite of that, it brought a huge profit to the U.S.

In reality, the U.S. wished to protect their economy, being afraid of what Euro may become. They want Iraq to shift back to the dollar and to draw attention to other O.P.E.C. countries that the same can happen to them. U.S. draw on their side two large forces, the U.K. and Australia. Those two countries must oversee and dominate Middle East. U.S. succeeds to overthrow the leader of Iraq, Saddam Hussein. The reasons were the facts that he has ties and that he offers financial support to terrorist groups, especially al Qaeda. Myself and many other specialists and journalists, observe a contradiction in those defensive fights. The U.S. administration supported a 2002 Venezuelan coup d'état attempt, undermining a democratically elected government.

Meanwhile, the U.S. fights for its economy. It starts massive constructions, skyscrapers, serious capital investments. Banks are becoming more lax in granting credits requiring only real estate securities. It was normal to happen this way because dollar was not granted in gold. A currency must be granted by something, by real estate values. In the early 2000s even these guarantees are waived to boost consumption, it doesn't matter that people can not afford, the money must be invested in order to be granted.

Without any doubt in this moment we can not talk about the dollar but about the "energo dollar" or "petrodollar," currencies that are not within reach of the common people which ultimately bring prosperity. Even if they can be manipulated, the common people bring revenue to one side or another.

The real estate market in the U.S. becomes saturated. Other players appear, the "big investors" seeking economic development of the countries from the former communist bloc. They don't start right away. First they "kill" the economy of those countries (bribing the local management), destroying its engine -- the production, and then, with quick steps, they appear as a savior -- the "big investor" who manages to buy those factories for pennies. Shortly after, many of those factories starts producing and become profitable. Or they manage to secure hallucinatory incomes by forming up real estate property market oligopolies.

John Kenneth Galbraith, in his book "Perfect society" supports the idea that a healthy society can't function without production, services and even more without income distribution in an acceptable manner, both socially and economically. An unfair income distribution in the society makes the society and the economy lose balance. A stable society is one that has a solid middle social class. To create and sustain that, the state must intervene by exercising its functions.

Based on Maslow's Pyramid of Needs, with its five levels (physiological, safety, love and belonging, esteem, and self-awareness / self-improvement), we can observe that the human beings will always need a home/land. By having one they climb the social ladder and they can protect their values better​​, thus reaching the conclusion that in the current economic, social, political, cultural, the land is the highest value and protection it can have.