If you are following the Democratic primaries you may have noticed something different is happening in the Bernie Sanders campaign. This has less to do with Sanders himself than it does with his supporters.

Meet the new Acterprenurs (Activist-Entrepreneurs). These are individuals whose motivation to see a change in the political map is so great that they have launched into independent action.

Bernie supporters, as a group, are an intelligent bunch. These are individuals who support the underdog candidate for a reason. They are savvy, and knowledgeable, and don't miss a beat when it comes to who is really representing them. Among this group of smart politically motivated people are individuals who posses great skills, and are now implementing them toward the greater good. This demographic may lack funds, but not creativity, initiative, and motivation.

This type of Acterprenurship in politics is unprecedented. Never before have people on the grassroots level taken the initiative as have some in recent months. It is hard to say if this will have a lasting impact on politics in the long run, but it is likely to have a significant impact on the upcoming elections. 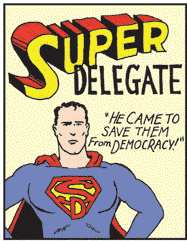 Take for example an individual like Justin Renquist, who has taken upon himself to learn all about Super-Delegates in the Democratic party, and how these delegates essentially subverts Democracy by giving the establishment power elite the ability to override the popular vote. Out of about 4,764 delegates there are 713+ individuals, whose identity and contact information is not public knowledge, and who can overturn the popular vote with no explanation or excuse. This means about 15% of the democratic vote can be denied!

These super-delegates are also called "unpledged" delegates, because they are supposed to remain neutral until the final vote. However a majority of them have in fact already committed to support Clinton in the National Convention, no matter who wins the popular vote.

Justin Renquist and fellow activists in the Super-Delegate Task Force have been busy at assembling a list of all known Super-Delegates in order to implement an extensive letter writing campaign to those delegates letting them know that if they choose to overturn the popular vote, their own power seats will be targeted in the future. They have also started a Change.org petition to the same end. 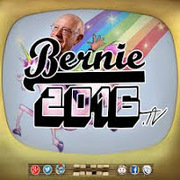 Another Acterprenur, John Ellis, started Bernie2016.TV . Initially he and his crew were covering Sander's events by making them publicly available on their Youtube channel. This channel was repeatedly shut down after Ellis attempted to post offline capture of the full televised Democratic debates, which is supposed to be public domain, on Copy-Right grounds. Realizing that he could no longer rely on the main stream media pipelines, Ellis started an Indigogo campaign to raise money for professional Internet Streaming gear for independent field operations. Bernie2016.TV has now moved beyond the casual Youtube channel and is recruiting volunteers around the country in order to provide a filter-less news feed to the 99%. 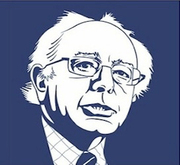 When James Roguski first found out that Bernie Sanders was running for the presidency. He started researching Bernie's positions out of curiosity. The more he learned, the more he liked the candidate, and what he stood for. His conviction that this candidate is what the country really needed convinced him to produce a site to publicly share this information in a well organized manner. BernieSandersVideo.com is a handy clearing house of Bernie's positions on a wide range of issues, including bite sized video clips. It is probably the most comprehensive site on the issues even when compared to Sanders' own campaign site FeelTheBern.org.

Victor Tiffany, Patrick Walker, and Revolt Against Plutocracy are yet another group of grassroots Acterprenurs who are using the hashtag #BernieOrBust to have voters take a pledge, indicating to Democratic Party National Convention delegates that they would not vote with the Democratic party in the general elections if Hillary is selected, but would rather write-in Bernie's name. Their hope is that delegates will be dissuaded of supporting the establishment candidate in place of the one rightfully elected in primaries and caucuses. Somewhat controversially they are also attempting to pressure voters favoring the establishment candidate to switch sides as they would realize a Hillary candidacy would cost the Party seats in the election, if not the presidency. 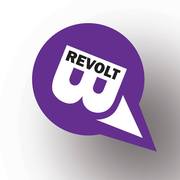 Dennis Love has gathered like minded Acterprenurs to create a glossary of Bernie supporting politicians and political candidates in a loosely formed Facebook group named 'Elect Bernie Thinkers'. The idea is to reinforce candidates who are brave enough to promote the non-establishment candidate in spite of the pressure, by encouraging progressives to support them.

These are just a few examples that have inspired me to launch an initiative focusing on the upcoming Iowa caucuses. Enlisting the help of Iowa residents and out of state volunteers, I am working on an independent task force called 'Win Iowa Caucus for Bernie'

Needless to say there are many like-minded individuals teaming up in each of these projects, making these organic voluntary efforts roll. 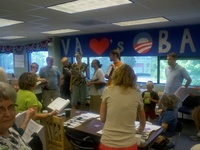 As someone who was involved in the Obama campaign 3 years ago, this is a refreshing and encouraging development. Even though the Obama campaign was much more participatory than the Republican, where the vast majority of canvassers and phone bank callers were paid hires and not volunteers, it was still heavily top down. An effective but rigid campaign structure was in place, and volunteers were expected to follow instructions from headquarters.

Organically, the Sanders campaign is beginning to encompass true grassroots participation. A development that may one day be seen as the beginning of seismic transformation of American Politics.

Unapologetic progressive with an outspoken National and International perspective.