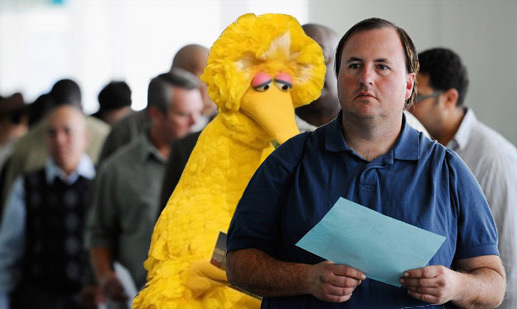 At the urging of edu-consigliere Richard Rasmus (former CEO, K12, Inc., Calvert Education), I sat down this Spring with Ted Dintersmith, partner emeritus at Charles River Ventures (CRV) and author - with Tony Wagner (The Global Achievement Gap) - of Most Likely to Succeed: Preparing Our Kids for the New Innovation Era. Ted is also the executive producer of a documentary by the same name. Our setting was SXSWedu, where my edu-doc, Crotty's Kids, debuted last year.

Amidst a vigorous discussion about the need to rethink our 19th century factory model of education, I pressed Dintersmith on which investment areas CRV is most focused. His answer told me how leading venture capitalists - who get sneak peaks of what is just around the tech bend - see the future of work and education.

As Dintersmith confirmed in a follow-up communiqué, "CRV has investments in a range of companies, including some in robotics (Rethink Robotics, Jibo, and Wonder Workshop) as well as education (Udacity, Flatiron). While it wouldn't be accurate to say that CRV's main focus is robotics, it would be accurate to say that the firm invests in outstanding entrepreneurs committed, in many cases, to advances that bring substantial productivity increases to customers. These productivity advances, in many cases, come at the expense of paid employees."

"Productivity advances" have transformed work since Adam Smith penned The Theory of Moral Sentiments (must-reading for any would-be plutocrat). However, the recent speed and breadth of these advances will transform work several times over a current college graduate's life. According to a report from CRBE and Genesis, 50% of current jobs will not exist in ten years. John Maynard Keynes' notion of "technological unemployment" - which heretofore enabled the creation of newer, better-paying jobs - will become a permanent part of the employment landscape, including in education.

The palpable sign of this new reality is the post-Recession stagnation in worker earnings compared to the huge wealth increase of the professional investor class. This "wage gap" - or what vote-hungry politicos decry as "income inequality" - is actually what has kept many low-income workers employed. In a high-tech world, as workers push for higher wages and a reduction in hours, labor becomes the first casualty as publicly traded corporations increase their investments in automation in order to maintain the upward trajectory of quarterly profits and keep activist investors at bay. Whenever the struggle against technological efficiency reaches Luddite-level intensity, global corporations simply outsource jobs to cheaper, less politically savory redoubts in order to maintain existing bottom lines.

Meanwhile, increasingly populist leaders, sensitive to the threats posed by huge pools of disgruntled, underemployed workers, expend even more public money on make-work projects or public service employment in order to save their political necks. The dramatic increase in taxes needed to fund these increased public expenditures sets in motion even deeper capital flight to shores where regulation is less, taxes lower, and labor cheaper, combined with even more frenzied investments in automation.

By U.S. government measures, we are already at a crisis point. As the official rate of unemployment decreases, the number of those who have dropped out of the formal workforce refuses to budge. According to the Bureau of Labor Statistics' U-6 Report, the true U.S. unemployment rate - if all potential workers only "marginally attached to the labor force" are accounted for - is around 12.6%. Notes former U.S. Treasury Secretary Larry Summer, in the 1960s only one in 20 men were not working. In just ten years, that number could reach one in seven.

Nevertheless, the notion of robots largely replacing humans - while true in some job sectors (e.g., automobile assembly) - is still more metaphor than omnipresent reality. It is what robots symbolize (mechanization, automation, and other non-human advances in productivity, reliability and efficiency that circumvent messy human attributes like feelings and morality) that are the real threat to today's workforce.

As career experts have been intoning for years, various forms of "software substitution" (a.k.a., "bots") and automation are rapidly infiltrating factory floors ("haptics" are the new "plastics" for today's Benjamin Braddock), transportation (e.g., delivery drones, a.k.a. "flying robots," and soon driver-less Uber cars), retail (you might have noticed the self-checkout lanes at CVS and Wal-Mart) and fast-food (e.g., the custom-cooking industrial-fast burger-flipper courtesy of SF-based Momentum Machines).

According to digital futurist Amy Webb, these advances are now affecting higher order sectors, such as journalism (the Associated Press publishes hundreds of robot-written articles per month), banking (watch out for Blockchain), law (Legal Zoom), and, yes, education.

As Matt Candler, the invigorating Founder/CEO of incubator 4.0 Schools, told me over tea in New Orleans' burgeoning ed tech district during New Orleans Entrepreneurship Week (NOEW), "Let's find the best teacher of math, and, via technology, bring that teacher to every math student in a school district, instead of having thousands of individual math teachers."

Teachers unions may not cotton to Candler's vision, but that's likely where we're heading, as educators - at the urging of innovation-evangelists like Dintersmith, and from the example set by project-based schools such as San Diego's High Tech High - move from being top-down information providers ("the sage on a stage") to learning "facilitators."

As I noted recently on a panel entitled "The Future of Education" at the National Association of State Treasurers (NAST) conference in Kansas City, MO, over the next two decades a perfect storm of factors - including the prohibitive high cost of conventional brick-and-mortar education, and the need to "up-skill on the fly" in a rapidly changing job environment - will hollow out hundreds of middle range colleges and universities, leaving nimble, tech-driven, online operators on the low end and only the most price-impervious elite brands on the high end.

Unless a brick-and-mortar college has a unique selling proposition for which undergraduates are willing to pay top dollar - e.g., the rigorous great books pedagogy at St. John's College, which peppers students with the deep reading and listening skills, as well as the intellectual fortitude, to navigate this fast-changing work and education landscape - many colleges will be forced to deploy job-destroying technology in order to stay afloat. This will not be good news for the human workers who make up about 70% of the average college's annual nut.

Unless philanthropists - who are largely drawn from the NetJetting class that remain our college-degree-preaching President's preferred bogeymen - make up the difference in funding lost to the growing pool of poor and first-generation skill-obsessed college applicants unable or unwilling to pay a high tuition freight, we could be looking at the precipitous decline of four-year liberal arts schooling itself.