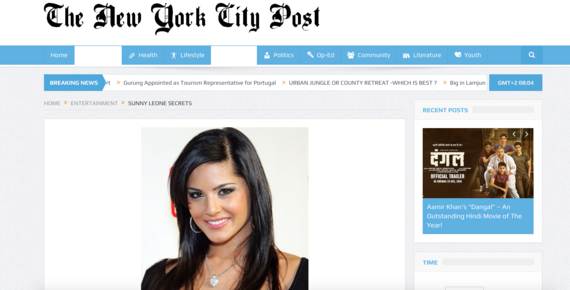 The New York City Post is an international magazine being launched from New York State of America. It is a popular media brought to you by a group of close friends who enjoy working on creative projects.

I think that more diversity is a good thing, and fresh points of view articulated by people who are committed to excellence in journalism is a beneficial change in the American media landscape.
- Al Gore

Accordingly, on Sept 2, 2016, The New York City Post LLC was registered in New York State of America, which you can look at, by visiting following link:
https://appext20.dos.ny.gov/corp_public/

The New York City Post has appeared now as a magazine. Our main aim is to flourish business acumen among our readers. The New York City Post is actually is fully commercial magazine. In each new publication, we shall mention ways for our readers to become more successful. We believe that if the youths of the nation become more capable and skilled, the nation benefits economically. Besides, it would contribute to the national economy. This magazine will try its best to cover all the aspects of business, fashion, sports, entertainment, art and literature.

We all need money to conduct our life, whether we are in the media or other industry. Relaying information just as a service makes it difficult to conduct life. As a reader, just reading the news or learning something new makes a big difference. In modern times, not just being a reader, but picking up some worthwhile formula will contribute towards the progress of the person's life standard.