For those wondering if any more demonstrations will come out of the economic downfall, the New Yorker's latest cover provides an image for another group's possible argument: the so-called "one percent" that the Occupy Wall Street movement is battling.

The cover — drawn by Barry Blitt and entitled "Fighting Back" — shows a group of Wall Street fat cats protesting to maintain the status quo. "Keep Things Precisely Where They Are," one sign reads. The cover could be seen as representing what Occupy Wall Street protesters believe are the one percenters' interests and objectives: to make and maintain as much money as possible.

The image also places the Wall Street bankers squarely in the middle of two movements — the Tea Party, which calls for smaller government, and Occupy Wall Street, which wants more government regulation of banks. 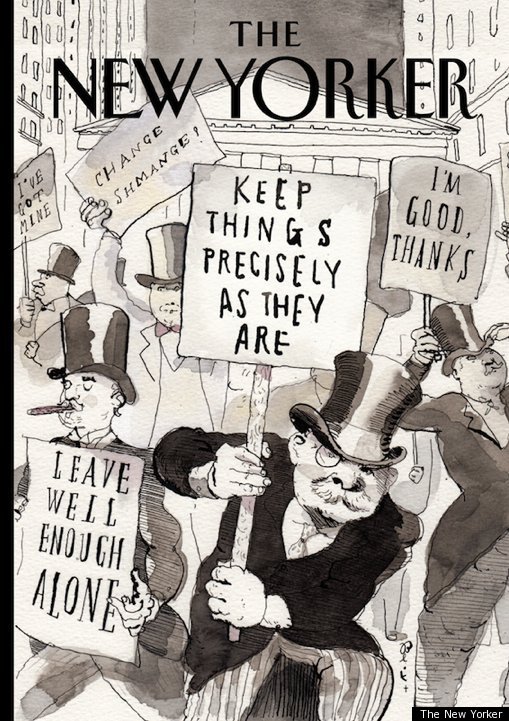