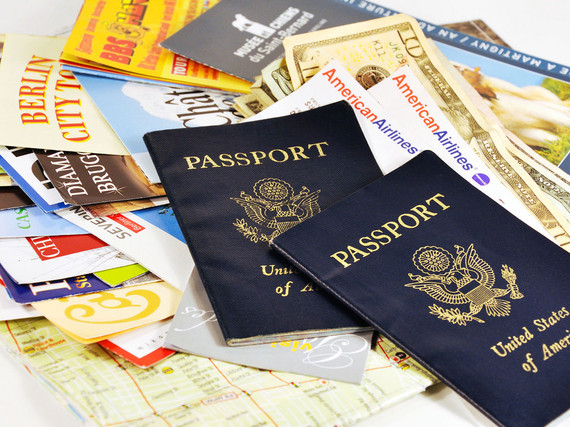 ExitFares could revolutionize the hunt for airfare deals by mining social media updates, message board posts, e-newsletters, and more to compile the best values anywhere.

ExitFares, which launched last month, monitors numerous online sources to "uncover mistake fares, promo codes, and deals from regional carriers and airlines like Southwest that might not be widely distributing their fare data," says Naveen Thattil, the company's founder. The best deals are then aggregated and emailed out to users who sign up for free once-a-day updates.

"Airfarewatchdog and The Flight Deal are great sources of information," Thattil says, "but then there's also FareCompare, SecretFlying, StealThisTrip, Stealthtrips, the airlines themselves, and a host of other people within the travel ecosystem talking about great flight deals," including travel blogs and airport social media accounts.

"The main benefit of ExitFares for the consumer is that they don't have to sign up for a bunch of emails or follow airlines on social media," Thattil says. "All the user has to do is tell us their departure city or cities and we'll find the best deals being talked about."

But are the deals legit?

A recent email from ExitFares suggests that they are. On May 27, the company returned five flight deals departing from New York City, ranging from $252 for roundtrip airfare to Barranquilla, Colombia to $798 for a tickets to Fukuoka, Japan. The lone domestic flight deal--$276 to Salt Lake City--was $13 cheaper than the lowest-priced result on a flexible-date search for that route on CheapAir. The $651 roundtrip ticket from New York City to Milan in June that ExitFares found was 43 percent cheaper than the median airfare for June from the United States and Canada to Milan, according to Kayak's 2015 Travel Hacker Guide.

Three of the five airfare bargains in the email were first posted on Airfarewatchdog, one came from The Flight Deal, and one was posted by Yulair.

"Basically they're aggregating other people's work, profiting off other people's hard work," says George Hobica, founder and president of Airfarewatchdog. While ExitFares's terms of service prohibit using "this website or its contents for any commercial purpose," Hobica says, the company has no qualms with fashioning a business model around just such a practice.

"We're just aggregating it and sending them the traffic," Thattil counters. "We're not trying to position ourselves as the source of all this information, just sort of the gateway to it."

Like many deal-finding sites, ExitFares doesn't handle bookings. Links in its emails direct users to the original source of each deal, whether that's Airfarewatchdog or another site, where users can then continue to an online travel agency like Expedia or to an airline's website to actually purchase tickets.

With only about 1,000 users so far and deals from just 20 gateways, ExitFares is still growing, Thattil says. In the coming months, he plans to add real-time emails and texts, a mobile app with notifications, and the ability to search by travel dates.

The Most Dangerous Foods You Can Eat

The Top 25 Spas in the United States

30 Must Have Travel Accessories for 2015
More:
flight dealsAir travelplanesdeals travel