Say what you will about "The Newsroom," but the HBO media-centric drama showed ratings growth in its Season 2 premiere.

However, "The Newsroom" only held about half of its lead-in's audience: "True Blood" boasted 4.5 million viewers on Sunday night, making it the HBO mainstay's most-watched episode of the season. The impressive ratings garnered "True Blood" a seventh season, which was announced earlier on Monday.

Reviews of "The Newsroom" Season 2 have also slightly improved. "The tone has been moderated and the some of its excesses have been turned down a few notches. But for me, the fact that we know all about the things the characters are encountering for the first time drains away much of the potential momentum, suspense and energy -- and that would be the case even if [Aaron] Sorkin weren't the show's writer/creator," HuffPost TV critic Maureen Ryan wrote.

"I wouldn't say Season 2 of 'The Newsroom' is a big improvement over Season 1, but the show's definitely more measured and confident -- and now that we've accepted that certain tics, such as setting the stories in a recent, real past, aren't going away, it's easier to appreciate what Sorkin and company do well," Vulture's Matt Zoller Seitz noted.

"The new season is framed by a series of legal depositions about a Sorkin-invented military scandal that 'News Night' royally screwed up in reporting," HitFix's Alan Sepinwall wrote, "But though Sorkin is able to address some of Season 1's deficits, he still retains his other blind spots." 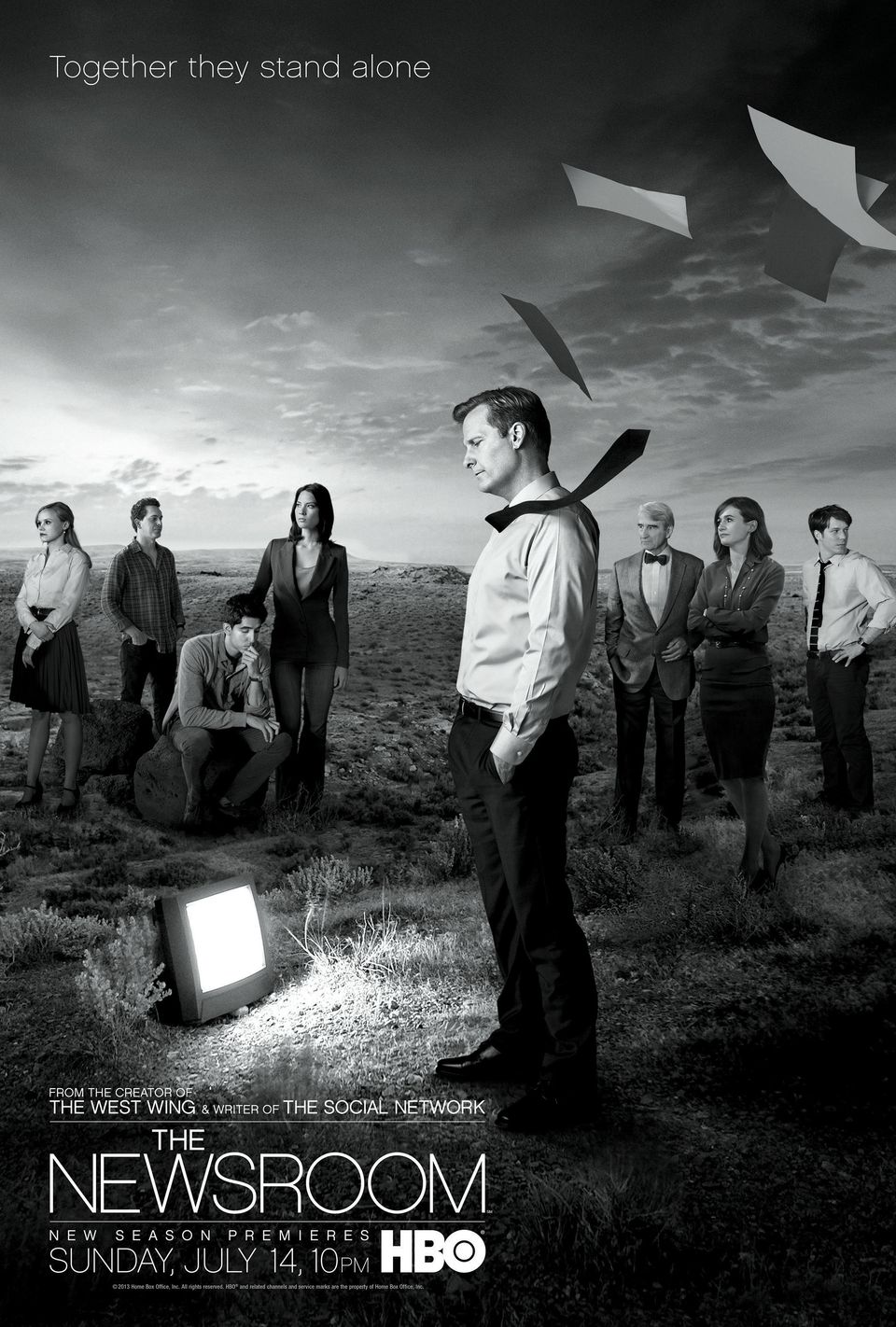