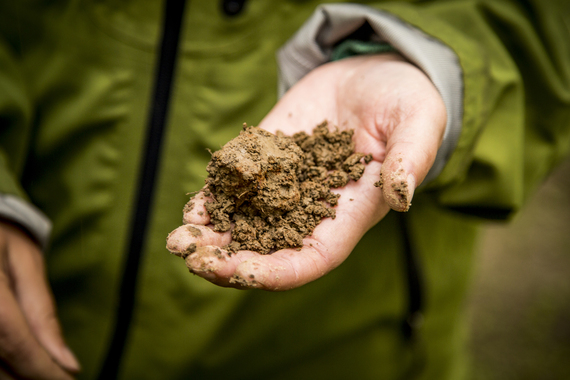 By Justin Adams, Global Managing Director of Lands at The Nature Conservancy, and Bianca Moebius-Clune, Ph.D., Director at the Soil Health Division, USDA-NRCS

At the core of agriculture is innovation. Advancements in agricultural technology throughout the past century have allowed farmers to feed a population that has grown from less than 2 billion people to more than 7 billion today.

But, as demand for food continues to grow, our lands are stretched to their limits and crop yields struggle to keep up the pace, the world will need farmers to make another leap. By just 2050, global agricultural production must increase by 60 percent, according to the Food and Agriculture Organization of the United Nations (FAO). Some previous agricultural breakthroughs, though, have come with serious environmental costs to both people and nature. With a changing climate exacerbating today's challenges, it is clear the next agriculture revolution will require solutions that not only increase food production, but also sustain the health of our communities, our land and water, and our climate.

One such solution lies with the soil under our feet. About 70 percent of fresh water worldwide is used to produce food, and 95 percent of food is produced on land. Although historically there has been insufficient attention to the value of healthy soils, the data and case examples are clear: healthy soil is critical for long-term agricultural production.

Perhaps Franklin Delano Roosevelt put it best, as the devastating Dust Bowl swept across the U.S. Midwest in the 1930s: "A nation that destroys its soil destroys itself." We have greatly reduced soil erosion in the United States since the time of the Dust Bowl. But we are still losing soil faster than nature can replace it in many places on the planet, and losing its ability to function biologically and physically. According to the United Nations Convention to Combat Desertification, every year we lose around 24 billion tons of fertile soil globally (about 2 billion tons/year in the United States, by estimates in the 2012 Natural Resources Inventory), and it takes roughly 2,000 years to generate 10 centimeters or not quite four inches of topsoil. In order to achieve global long-term food security while better protecting our communities and our environment, we must take soil health more seriously.

The good news is that while it may take hundreds of years to geologically build soil, farmers have demonstrated that they can increase organic matter and improve soil function in just a few years, through soil health management systems. This represents the hope in healthy soil -- the potential of regenerative agriculture.

Recently, the United Nations Food and Agricultural Organization identified soil organic carbon, soil erosion and soil nutrient imbalance as the top three threats to global soil health. These three elements are intimately related. Increase organic carbon, for example, and the others can improve too. 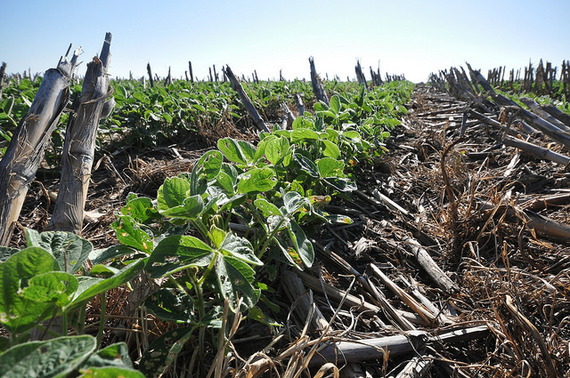 From nutrient management to carbon storage

Poor nutrient management costs everyone. When farmers pay for improperly planned application or overuse of fertilizers and other soil amendments (and the labor, and fuel to apply them), or when needed nutrients are lost to the environment due to poor soil physical and biological functioning, consumers see higher prices in supermarkets and restaurants.

The environment takes a hit, too: nutrients enter water systems instead of growing food. They stimulate algal blooms that contaminate drinking water and suffocate aquatic life. We saw this on the Ohio River in the summer of 2015, and we see it every summer with the Gulf of Mexico's dead zone, which has been averaging an area the size of Connecticut for the past few years--caused largely by excess nutrient loss from agricultural soils.

Likewise, better nutrient management coupled with other soil health practices have far-reaching positive impacts. For example, a resilient, well structured, healthy soil that drains well after extreme rainfall events, along with better nutrient (nitrogen) management can reduce emissions of the potent greenhouse gas nitrous oxide -- strengthening the significant opportunity for farmers to be a part of the global climate solution. Producers can increase soil carbon stocks and sequester carbon dioxide from the atmosphere, while also improving the soil's ability to retain nutrients through many strategies: such as decreasing disturbance, growing diverse crops and cover crops to maximize the time each year that living roots are building soils, keeping the soil surface protected, and adding amendments such as biochar or compost. And strategic crop rotations and nitrogen-fixing cover crops can also improve nutrient use efficiency, while limiting erosion and increasing soil carbon sequestration. (Paustian et al., 2016)

Better soil health management can often achieve these environmental benefits at a lower cost than other approaches -- and for farmers there is real profit potential. Improving infiltration and water-holding capacity, for example, can significantly reduce irrigation water needs, lessen dust pollution, and improve nutrient uptake by plants, which can reduce input costs, and reduce plant stress, disease and pest pressure. Over time, these practices reduce the risk of yield loss due to these stressors, and can bring about a material increase in crop yields and quality. Importantly, we must work with the agricultural industry to find the right policies and business models that unlock this sort of economic potential for both the land owners as well as the farmers who are often tenants on the land.

With farming and ranching occurring in all 50 of the United States and on roughly 40 percent of land around the world, there is global opportunity to continue building on the success of our soil conservation work and to share and learn from new experience. It starts with collaboration. 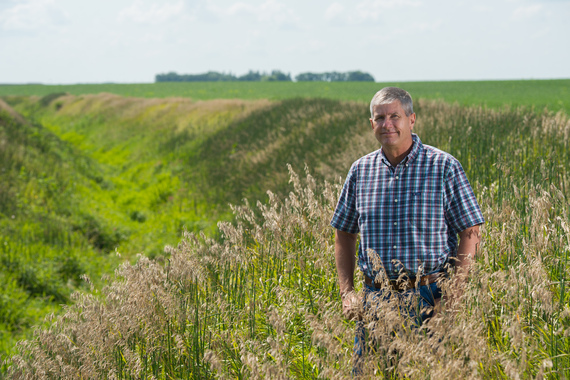 One example is the long-standing collaboration between The Nature Conservancy and the Natural Resources Conservation Service (NRCS) team at the US Department of Agriculture (USDA). We've worked jointly with influential farmers like Tim Smith, who was recognized for his leadership in sustainable agriculture by being selected as a 2015 Champion for Change. We recently visited Tim in Iowa to learn how he is focusing on soil health and what is working well.

"Soil health is an awareness," Tim told us. "There's more going on than having [particular] chemical properties ... We're also thinking about the biological properties that exist in the soil that really make the soil work."

"Conservation is very important to me," Tim said. "It deals with the land, the soil -- something we cannot replace. This farm has been in the family for 135 years. And a lot of times, I ask other farmers, 'Because of the way we farm and the practices we use, what's our soil going to be like in another 125 or 130 years? Are we going to have the same soils that we have now?'"

As part of his efforts, Tim is involved with the Soil Health Partnership, which is a farmer-led project focused on testing and sharing new approaches to improving soil health. Led by the National Corn Growers Association, both The Nature Conservancy and NRCS are active in the partnership. (See videos on what The Nature Conservancy is doing regarding soil health here).

Soil health might not grab the headlines, but it might just be the most important agricultural conservation endeavor of our lifetime. If we want to meet the growing demand for food while strengthening the health of our communities, our land and water, and our climate, we need to support innovation in soil health and ensure farmers have broad access to the practices and incentives that can shift the paradigm. Part of this is working with businesses and other stakeholders to create new service offerings and innovative finance approaches coordinated with this transition.

There is emerging collaboration in the public sector as well, such as the White House Office of Science and Technology Policy's new soil science interagency working group that will receive input from 15 different federal departments and agencies. The working group to be co-led by USDA, USDI and NASA, will contribute to finding innovative ways of protecting America's soil.

This is an opportunity to take responsibility -- together -- for the land that feeds us and our children. We invite farmers, ranchers, and consumers alike to join in collaboration in this next agricultural revolution -- a revolution that starts under our feet.