Few sports ever break into primetime the way NASCAR has in the past decade. The pastime of middle America, few people who followed NASCAR ever dreamed that the New York Times would be covering their events one day and that drivers would be stars in LA. But it happened.

Now, other rising sports hope to make the same leap. But some extreme sports -- like the motocross and skateboarding events highlighted on the X Games -- seem to have peaked even as they make inroads into the Olympics. Mixed martial arts is clearly the new boxing, but it's so bloody and violent that MMA will probably not be embraced by the traditional media. Yet there is a sport that combines the heartland appeal of NASCAR, the inherent danger of the X Games and the colorful personalities of MMA. It's exploding in popularity worldwide and gaining more and more coverage on national TV channels like ESPN (which has a section of its website devoted to the sport), NBC, FOX and its main channel VERSUS. The sport? Bull riding.

The PBR (Professional Bull Riders) is the group that oversees some 300 events in 5 countries, including the US, Canada, Mexico, Brazil and Australia. (London looks like a possibility for next season, but those five countries are stalwarts that produce top riders on the tour.) Last week, I went back stage at the final PBR event of the season before the finals in Las Vegas taking place over two weekends from October 31 through November 9. Getting up close to the action lets you know how crazily dangerous bull riding can be. Talking with 19 year old Rookie of the Year contender Reese Cates -- who has blogged about his time on the tour for ESPN -- makes clear that the PBR has a whole crop of rising stars who are media savvy and ready to spread the fun of bull riding to a wider audience the way Jeff Gordon and others did for NASCAR.

Not convinced? Here are some reasons to love the PBR and bull riding.

1. It's dangerous -- Each rider has to try and stay on a bull for 8 seconds. A team of bull fighters (not clowns; don't call men who risk their lives dozens of times a night clowns) are in place to draw the bull away from a rider after he's done or bucked off. A lot of times the riders are so smooth it looks routine. It's not. "This is the most dangerous sport in the world," says Cates, whose dad and granddad rode bulls and whose mom competed in barrel riding (an event at rodeos). "You're competing against something that's ten, 15 times your size and he doesn't care about anything but getting you on the ground and doing his job." 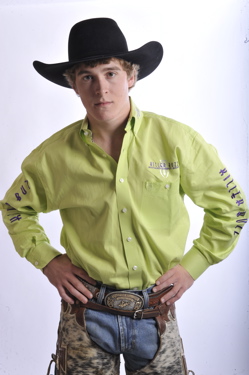 2. The bulls are stars, too -- Unlike the cruel sport of bullfighting in Spain -- recently featured on 60 Minutes -- the bulls are not harmed in the PBR. In fact, watch it for five minutes and you'll realize that the bull is just about the only person not in danger. Cowboys wear spurs, but they're dull-edged and don't pierce the skin of the bull (which is six times thicker than human skin). Bulls get a score just like the rider. In fact, the better and more aggressive the bull, the better score a rider who stays on can achieve. And even if the rider is bucked off, the bull still gets a score - they're competing for Bull of the Year, just like the riders are competing for their own top title. Bulls win huge prizes at the end of the season and have fans who root for them. They're treated as the valuable steers they are and put out to pasture after their career is over. Now hardcore PETA fans won't ever be satisfied, but most animal lovers will find the PBR celebrates the bulls, captures their personalities and treats them humanely.

3. Bull riding is perhaps the only professional sport where no one is guaranteed a payday; not the rookies and not even the superstars -- "This is the only professional sport where we don't get paid just to show up," says Cates, an Arkansas native who is going to college in Texas and studying ag business while riding on the tour. "You have to ride and you have to win to walk away with money. That's why you see guys riding with broke ribs and broke legs and stuff like that - because they have families to feed. You're not going to get paid unless you're out here putting your life on the line riding bulls."

4. It's all-American -- They're cowboys, for gosh sakes. And just like the story of the West isn't lily white but filled with immigrants and people of color, the PBR is just as diverse. Competitors come from all over the world. Some are like the hardscrabble boxers of the 1950s, people who see a sport like this as their only way out of poverty. Others are stars in their own country drawn by the lure of the US, the way Japanese baseball players come to the majors. Currently, some of the biggest names in the sport come from Brazil, including the most-decorated rider in PBR history Adriano Moraes (who is retiring) and Guilherme Marchi, the most consistent rider of the last four years and the man poised to win the World Title in Vegas. You'll see ads for trailer hitches and Jack Daniels and smokeless tobacco if you go to a PBR event in person. But before you make any assumptions about the audience, listen to them cheer for Marchi or some of the other Brazilians (a few of whom speak as little English as other cowboys speak Portuguese). "The only word in Portuguese I know is 'oi,'" admits Cates. "And I don't even know what that means." (It's akin to "hey.")

5. It's cheap -- Regular season tickets range from $10 to $100 for the best seats in the house. The finals in Vegas have tickets starting at $15. And it's a great sport to watch on TV. After one night, you'll be judging the rider and the bull with the same authority you judged divers and gymnasts during the Olympics. But seeing it in person is the best way to realize what a rush the sport can be.

6. It's more real than "The Real World" -- Unlike other sports, the cameras are EVERYWHERE at the PBR. They're right on top of the action, but then they follow the riders off the field, backstage and into the locker room where sometimes they throw their equipment in disgust, get treated for injuries, joke with friends, or take a quick moment to say a prayer and thank God they're alive. I really hate watching athletes pray after making a touchdown or hitting a home run (as if God cares) but it just seems natural to be grateful you're alive after facing a bull. Athletes get upset but -- amazingly -- you rarely hear them curse, even when a 1500 pound bull is coming right at them. "Well, you know, it's a family sport," says Cates. "Whenever you step up to this level, you know that there's little kids at home watching you and there are kids in the stands. The way I look at it is if I wouldn't say it in front of my mom or my little brother, I wouldn't say it anywhere else." You've got to think of your mom watching you at all times? He nods. "And she is."

So give the PBR a chance during the finals or next season, which stretches from January into November and reaches all parts of the country. Or read the blog of Reese Cates and get a glimpse into what it's like to risk your life every week. "That's one thing that's so great about being a bull rider," he says. "You have to have heart, you have to have the fire in your eye whenever you show up. You have to want it and that's the way you get paid being a bull rider. You have to be tough."