Just a few years ago, your computer files were pretty much limited to the finite amount of memory on your hard drive and could only be accessed from one machine.

Then along came cloud computing. Your storage space expanded and so did your access to it. Now you can tap into your cloud-based files anywhere with an internet connection.

That quantum leap sure came quickly. Wouldn't it be great for something like that to happen in the fight against heart disease and stroke?

On Sunday, my organization - the American Heart Association (AHA) - announced a new collaboration with cloud computing pioneer Amazon Web Services (AWS) that we believe will be a similar advancement.

Think of the Platform as a data marketplace, a vehicle for researchers to give-and-take the data that powers their work. It also brings them together in a new way, one that pulls them from their usual, individual laboratories and harnesses them into a collective environment.

As the name implies, the Platform is part of the thrilling new wave of science known as precision medicine - or, as some people call it, personalized medicine because the aim is to treat each patient based on his or her unique genetics, environment and lifestyle. Precision cardiovascular medicine brings this approach to fighting heart disease and stroke, the two leading causes of death worldwide.

For more details on this cutting-edge project, I'm thrilled to turn this spot over to Teresa Carlson, the Vice President of the Worldwide Public Sector for AWS. 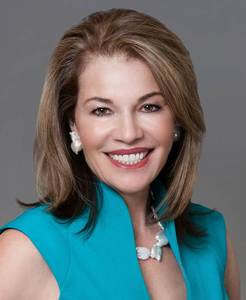 Imagine if all the greatest books ever written were scattered at various institutions around the world.

Think of how valuable it would be to store them all in a single library.

Now imagine yourself at this mythical building - and you're there to find something specific.

Maybe you need every book by one author. Or all the chapters about a certain subject. You could even be seeking every use of a particular phrase or word.

It would be challenging, of course, but doable because all the information would be in one place. And if this library offered a way to search, analyze, and access everything in its collection, then it could handle any request.

Now imagine that instead of novels, biographies, and other types of literature, the shelves are crammed with volumes of rich and deep data from many researchers, physicians, computational biologists, computer engineers, and trainees.

And instead of one-of-a-kind hard copies, there are digital versions that can be regularly uploaded and downloaded ... by all researchers.

This analogy gives you an idea of the vision for the AHA Precision Data Platform, powered by the cloud.

The longtime way of doing things in the science world is for institutions to hold tightly to their information. It makes sense - a lot of time, effort and expense went into collecting it, so they want to keep it for themselves.

But a shift is underway. Collaboration is becoming more common as researchers realize that sharing can help accelerate the path to breakthroughs. Technology, of course, plays a huge role.

Such as using the cloud to power this Platform.

Let's look at the two key ways this solution will help.

First, like building a library, we're creating a single place to store all this valuable material. And our secure cloud storage is not limited by how much we can cram into the building; our digital shelves can hold an endless supply of information.

Second, we have the tools needed to sort through all those massive piles of data and pluck out the pieces they need.

For instance, instead of our imaginary search for an author or subject, Platform users could search for every document by a researcher or in an area of research. The real treasure could be buried deeper - in the scientific equivalent of paragraphs and words; that is, the data sets and laboratory reports used in each project.

No wonder Dr. Eric Peterson, head of the Duke Clinical Research Institute, calls this "a game-changer."

Dr. Joseph Wu, head of the Stanford Cardiovascular Institute, says this project will pull scientists out of silos and put them all in the same room. More colorfully, he calls it inviting everyone "to the same party."

At AWS, we're proud to be working with these amazing scientists and with the AHA in the fight to treat and prevent heart disease and stroke. We truly believe that ways to save and improve lives are within reach using technology today.