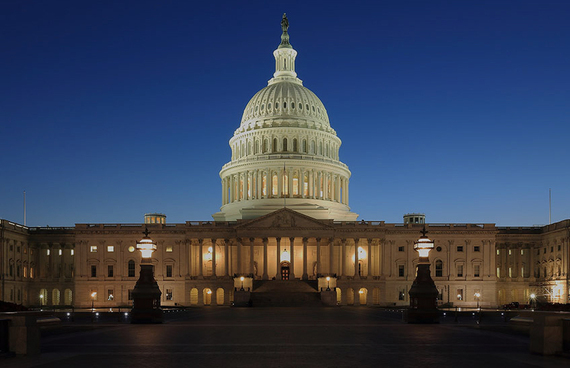 Among the radical shifts in the political landscape that took place on November 8th are the revival of some serious threats to our ocean, our coasts and our planet. These threats include renewed efforts to open our coasts to offshore oil drilling, reversal of environmental laws that protect our waterways and public health, and possible reversal of our country's commitment to addressing climate change, including adhering to our COP21 agreements. Whether we live inland or along the coasts, we each have a stake in the health of our ocean and coastlines because our coasts are more than a place for recreation, they are also important habitats and significant drivers of our economy. During this changing political landscape, our actions now will impact the next four years. Together, we must stand up and defend our nation's coastlines.

For decades, organizations such as the Surfrider Foundation have successfully protected the Atlantic, Pacific and Eastern Gulf of Mexico from oil and gas development. Back in March, a huge victory for the Atlantic was won when the Obama Administration announced it was canceling plans to allow oil drilling off the Mid- and South Atlantic coast. Thousands of businesses and hundreds of coastal communities joined together to oppose offshore drilling because of the threat to their thriving tourism and recreation economy. That decision became official last week when the administration released its final 5 Year Offshore Drilling Plan, which protects not only the Atlantic, but also the Eastern Gulf of Mexico, West Coast and Arctic Ocean from oil and gas leasing for 2017-2022.

As we celebrate this tremendous achievement for the many communities, groups, businesses, and citizens who spoke out against offshore oil drilling, a new threat looms on the horizon. The incoming administration has stated the intent to "open offshore leasing on federal lands and waters" and "streamline the permitting process for all energy projects." The good news is that we have an opportunity in the coming months to provide permanent protection to our coasts and ocean. A broad coalition of organizations has formed together to call for permanent protection for our ocean and coastlines that would prevent future expansion of offshore drilling in U.S. waters. Permanent protection would also ensure our marine ecosystems are protected from related seismic blasting, which is estimated to injure up to 130,000 marine mammals, including the critically endangered right whale and the bottlenose dolphin.

It is unclear what specific actions will be taken on energy and environmental policies in the near future but we must continue to uphold our nation's current environmental laws to defend the health of our coasts and ocean. The Environmental Protection Agency, which ensures the protection of human health and the environment, must be maintained and become stronger to enforce critical laws that protect all of us from pollution. The agreements made last year at the international conference, COP21, under the Paris climate accord, must be implemented, including the Clean Power Plan and the reduction of greenhouse gas emissions. We must ensure continued federal support for the BEACH Act, which provides critical funding to help states pay for water quality monitoring and public notification programs at beaches around the country. The National Ocean Policy, initiated by the Obama administration to incorporate stakeholder feedback into a process of ocean protection, must also be protected and advanced at national, regional and local levels.

Strong leadership on coastal, ocean and environmental issues will likely be absent from the top levels of government, but that does not mean that we are impotent to make change. A grassroots movement for coastal protection is already on the rise and we have the opportunity to define a new path to coastal stewardship through partnership building and outreach within our communities on local, regional and state levels. This was also evident on November 8th, when California upheld the nation's first plastic bag ban to remove billions of plastic bags from our waste stream, and when Florida defeated a bad bill that would have limited the expansion of solar power.

Our waterways are all connected. Clean water, ocean health, and coastal access are not partisan issues, they are priorities that impact the health of all of our communities. In a time of political division, taking action on the local, regional and grassroots level is a great way to affect change and protect our coasts for today and future generations.

When talking to long-time friend and colleague, Luis Jorge Herrera Rivera, a 2016 Goldman Prize winner, who protected the Northeastern Ecological Corridor in Puerto Rico after decades of fighting in setbacks, I asked how he carried forward. He responded, "What is the other choice?" It's time to dig deeper, do our work to the best of our ability and make the differences that we are capable of achieving.

Let's remember the successes that have been achieved over the last several decades and what we are capable of when we get organized and work together to protect our ocean and coasts. As Margaret Mead once said, "Never doubt that a small group of thoughtful, committed citizens can change the world; indeed, it's the only thing that ever has."