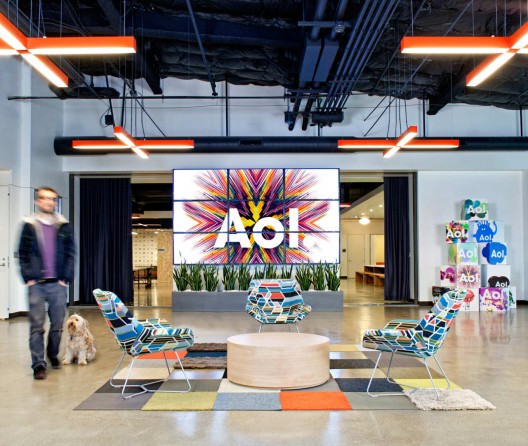 HP, Apple, Google – they all found their success amongst the peach groves and Suburban houses of California. But why? What is it about Silicon Valley that makes it the site of technological innovation the world over?

It’s tempting to assume that the Valley’s success must be, at least in part, due to its design. But how does innovation prosper? What kind of environment does it require? In a recent interview with The Atlantic Cities, Jonah Lehrer, author of Imagine: How Creativity Works, suggests that creativity is sparked from casual exchanges, the mingling of diversity, the constant interaction with the strange and new. In short, and as a recent study corroborates, innovation flourishes in dense metropolises.

Seemingly then, Silicon Valley, a sprawl of highways and office parks, has become a hotspot of creativity in spite of its design. But let’s not write off design just yet.

As technology makes location more and more irrelevant, many are looking to distill the magic of Silicon Valley and transplant it elsewhere. The key will be to design environments that can recreate the Valley’s culture of collaboration. The future Valleys of the world will be microsystems of creativity that imitate and utilize the structure of the city. 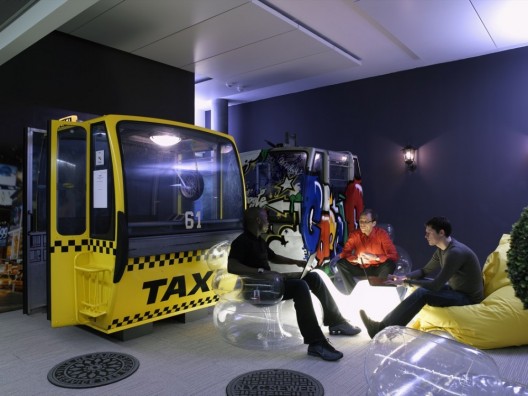 A meeting room in the Google Zurich Headquarters, designed by Camezind Evolution.

A Culture of Collaboration

Silicon Valley has a lovely creation myth: a few genius inventors went into a garage and came up with ideas that changed the world. And so Silicon Valley was born. But the Valley, as we know it, wasn’t made from an isolated event; it was forged from a series of connections. As Lehrer notes:

“Because the San Jose area has traditionally consisted of small and fledgling startups, these firms have traditionally had to collaborate on projects and share engineers. [...] These networks often led to high employee turnover [...] In the 1980s, for instance, the average tenure at a Silicon Valley company was less than two years.” [1]

Add in a strong connection to Stanford University‘s network of students and alumni, and these startups, from the start, were integrated into a strong social network of collaboration. This uniquely trusting culture of “creative reassembly” has been, according to The Washington Post’s Victor Hwang, “Arguably, the most important factor in [the Valley's] success.” [2]

But culture cannot tell the whole story. For that, we must look inside its thriving companies – and understand how/why they’re designed. 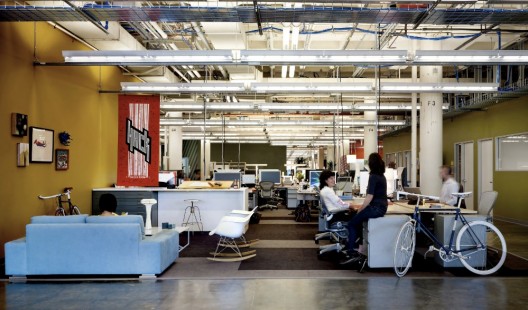 The workplaces of Facebook, AOL, and Google are all designed in the same mold: as city-like spaces that prioritize collaborative space.

Let’s start with Facebook, designed by Studio O+A: “The design takes its inspiration from the patchwork nature of Facebook users and employees, bringing together seemingly disparate elements to form a cohesive pattern and using color and interior spacing to create neighborhoods within the open plan space.” [3]

How about AOL, also by Studio O+A, whose offices feature a large collaborative space known as “Town Hall”: “Centrally located to bring together staff from departments that might not otherwise interact, the Town Hall is designed to foster the kind of creative cross-pollination for which tech companies like AOL are renowned.” [4] 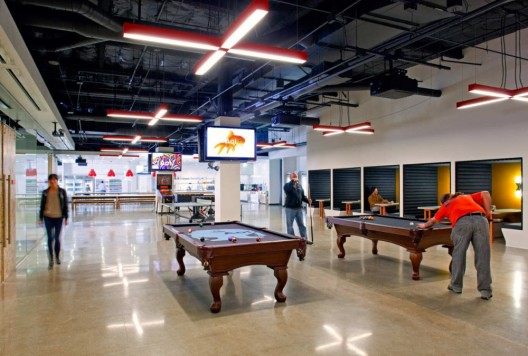 And the Googleplex in Mountainview, designed by Clive Wilkinson even goes so far as to mimic the layout of a city, with “ a central spine or ‘Main Street,’ around which ‘neighborhoods’ of activity are clustered.” [5]

The pattern of Silicon Valley suggests that the ecosystem of creativity is not only reproducible, but inherently suited to the context of the city. Cities have all the ingredients of Silicon Valley –- talent, density, diversity -– coming into contact more often, more quickly, more randomly. The only thing missing is the collaborative, supportive culture that allows these interactions to spark ideas and turn into realities. But, luckily for cities, this culture can be designed. 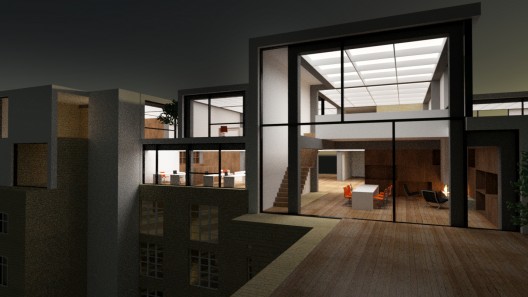 An image of the upcoming Factory, a startup incubator and accelerator in Berlin. Photo © Julian Breinersdorfer Architecture.

In Germany, a Silicon Valley of tech start-ups is emerging in the city of Berlin. As BusinessWeek recently reported: “1,300 Internet startups have been founded in the city since 2008, 500 of them last year alone. [...In 2011, 103 of these startups] received global venture capital funding [...] more than in any country besides China and the U.S.” [6]

What networking blogs like Silicon Allee lament, however, is the lack of the cooperative culture in Berlin that makes the Valley so special. What is needed is a physical space that would bring these startups together and encourage collaboration. Enter: the Factory.

Unveiled just last week, the 85,000 square meter hub for startups, mentors, and investors, located right between East and West Berlin, will be, in the words of investor Simon Schaefer, “a synergetic ecosystem for new companies.” [7] To that end, the “ecosystem” will also imitate the “life/work” balance of Silicon Valley workplaces by providing “a fitness room, basketball court, restaurant and a deli and – this is Berlin after all – an art gallery.” [8]

The Factory will be much like Google, Facebook, and AOL: self-contained hubs of diversity where casual life and work life collide. But the difference is the Factory’s purposeful location in the heart of the city, which will allow it to connect to the “knowledge spillovers” of the vibrant, diverse elements of Berlin itself. 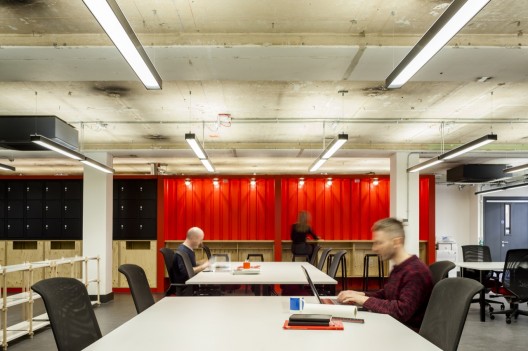 Located in an easily accessible and hip neighborhood of artists, fashionistas, and tech companies in East London, Tech City is more than just a physical area – it’s a web of interactions. Just take a look at the Tech City Map (a visual representation of Twitter mentions and conversations between Tech City companies), and you can see that Tech City is all about community.

Which is why its co-working spaces are taking off. Just this March, Google partnered with existing TechCity hubs TechHub and Central Working to open up Campus, a co-working space for startups to “meet, collaborate and inspire.” With Campus, Google is injecting a well-needed dose of funding and legitimacy to TechCity; in exchange, they have their finger on the pulse of (and their eye to investing in) London’s innovation scene.

Charles Armstrong, brainchild of the Map, had a similar reason for creating a shared workspace, The Trampery: ”I thought that if you could condense [...] all of the dynamics, the serendipity, the surprises and intensity [...] and accelerated the ways people build up relationships in the community, then it could become an interesting engine to help the whole community to develop faster, and for more businesses to thrive.” [9] This is the strength of the city – it’s an environment tailor-made to accelerate the process of connection and collaboration.

In the tech world, only the quickest and most innovative survive. To respond to that fast-paced reality, the world’s emergent hubs of innovation will have to distill the collaborative culture of Silicon Valley. But more than that, they will have to exploit the criss-crossing intersections and serendipitous synergies of the city.

Cities within cities, efficiently designed to encourage collaboration within and beyond their borders, they will be the Valleys 2.0.

[5] Chen, Aric. “The Builder: The man behind the new ‘Googleplex’ and a long list of eye-popping interiors.” Fast Company.