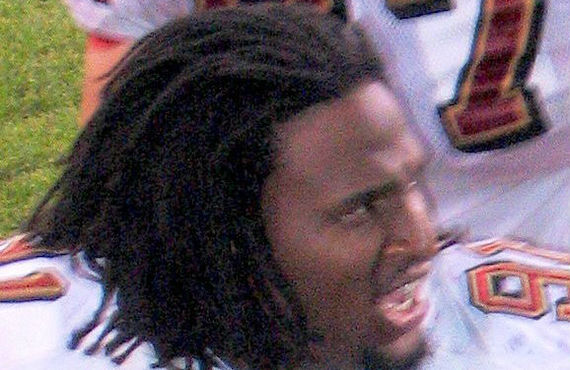 Kudos go out to the Chicago Bears, in wake of the recent news regarding the Ray McDonald situation. Maybe the NFL will get the idea.

Domestic violence is on the rise in the NFL, whether or not they want to admit it. Ray Rice, Adrian Peterson and Greg Hardy are three names that come to mind immediately. There will be more to come, despite the fact that the league tries to sell us on "character over talent".

One name that hasn't gotten the same type of public attention is Ray McDonald, formerly of the 49ers.

While with the 49ers, Ray McDonald was arrested on domestic violence charges, stemming from an incident when police were called to his home, and his fiancee displayed injuries that were attributed to McDonald. McDonald was cleared by the DA, and the case was dropped. This inexplicably did not break the NFL's personal conduct policy and McDonald was never disciplined.

In December, McDonald was being investigated for a possible sexual assault, and the 49ers released him.

He signed with the Bears back in March. This may have been questionable due to McDonald's history, but if the Bears felt that giving him a second chance was a good idea, that was up to them.

But here is where the Bears stepped up. On Monday, Ray McDonald was arrested on domestic violence and child endangerment charges. The specifics don't matter. The Bears, citing their own standard, released McDonald on Tuesday.

The NFL needs to take note.

In any other walk of life, this type of charge would not afford a person a second chance. Most of us reading this post right now, were we to be charged with this crime, would have seen the inside of a jail cell. Being an athlete, unfortunately, prevents you from having to answer for your crimes.

But that doesn't mean the teams have to stand for it.

The Bears exhibited a "no tolerance" policy for domestic violence. Good for them. The whole league should have that same policy.

Whether or not we like it, athletes are in a position to influence the young people of this country. Children watch these players with wide eyes, dreaming of making plays just like them. They wear their numbers on their backs, attend the games and scream their names, imagining how they could make the big play in the big game, just like the men in front of them.

Children idolize athletes. Right or wrong, that is what happens.

When athletes are allowed to come back to work after displaying this type of behavior, what are we supposed to say? Children are going to believe that becoming a sports star makes you entitled to behave however you like. They will believe that it doesn't matter how they act, as long as they make the big play, it all works out in the end.

The Bears decided to buck the trend. Instead of waiting around to find out the NFL's disposition on Ray McDonald's behavior, they decided to say "No. We don't tolerate that in Chicago." It makes the appropriate statement to the youth of this country.

The NFL is in a downward spiral, heading towards complete chaos, thanks to the behavior of many of its players, Ray McDonald included. The Chicago Bears decided to make a statement.

Take a lesson, NFL. You might just save the reputation of your league.

For more from Alan Schechter, check him out at EndZone Score.