The mention of Nicaragua usually conjures thoughts of political instability and poverty but with the growth of tourism this perception is slowly changing. Nicaragua is fast becoming known as a beautiful land of lakes, volcanoes and beaches, however, it does not have a reputation as a culinary destination. Visitors to this Central American country do not expect to consume tasty food; to the contrary, concerns over what to eat may be high on their list. The reality is that the Nicaraguan diet is influenced by Spanish, Creole, and Indigenous cuisine, and although the dishes are simple, they are delicious, and for those wanting to experiment, easy to prepare.

What's more, these foods make a great foundation for a nutritionally balanced diet. 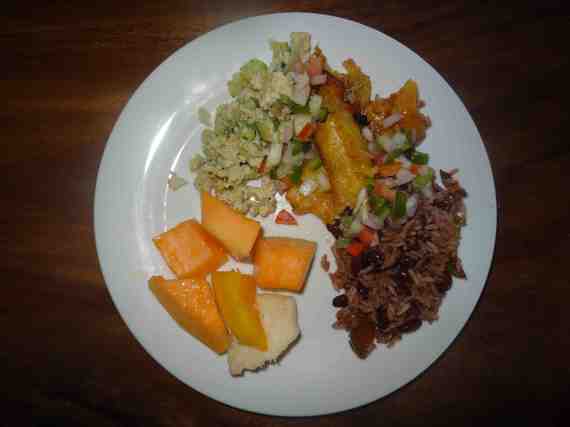 Any list of Nicaraguan foods must include the national dish of rice and red beans, called Gallo Pinto (literally translated to painted rooster). Most Nicaraguans will start their day with a large bowl. These legumes are a rich source of plant-based protein (15g per cup), and when consumed with rice, make a high-quality complete protein. Red beans are mainly composed of starchy carbohydrates and fiber, helping to moderate blood sugar levels and promote gut health. They are also a good source of several minerals (e.g., iron), vitamins (e.g., folate), and phytochemicals (e.g., isoflavones). But be warned, if you make a large batch you will be tempted to eat it all, and too much may cause bloating and flatulence in some folks! 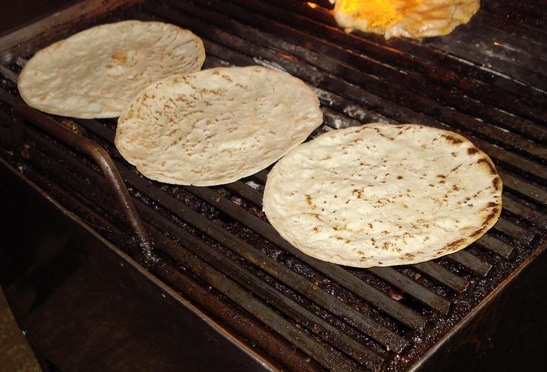 In most Nicaraguan homes you will find a grinder used to grind dried maize (corn) into cornmeal to make tamales (corn dough stuffed with meat, cheese, and vegetables wrapped in a banana leaf) or tortillas (small, round thin flatbread). Corn is relatively low in fat and sodium, and rich in carbohydrate and fiber. Depending on how it's prepared, it has a low to medium glycemic index, meaning it does not cause large fluctuations in blood sugar. Thanks to its yellow color, corn has higher amounts of antioxidants than other grains. These carotenoids, such as lutein and zeaxanthin, may benefit eye health. 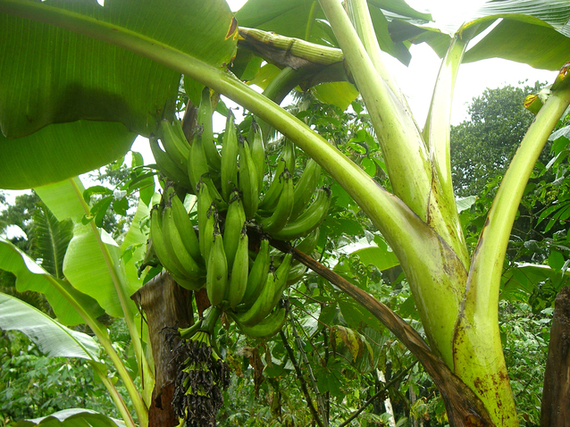 Plantains (or platanos) look like large, green bananas but unlike their smaller, yellow counterparts they are inedible raw. They are usually cut into short lengths and fried or baked and used in dishes in the same way as other starchy vegetables such as potatoes, sweet potatoes, and yams. Being rich in carbohydrate and fiber, plantains are a valuable energy source, promote blood glucose control, and maintain healthy bowel habits. Plantains, like bananas, are a rich source of vitamins and minerals, specifically vitamin C (to boost immunity), vitamin A (for maintenance of eye and skin health), vitamin B6 (support nervous and circulatory systems), and potassium (to control blood pressure). 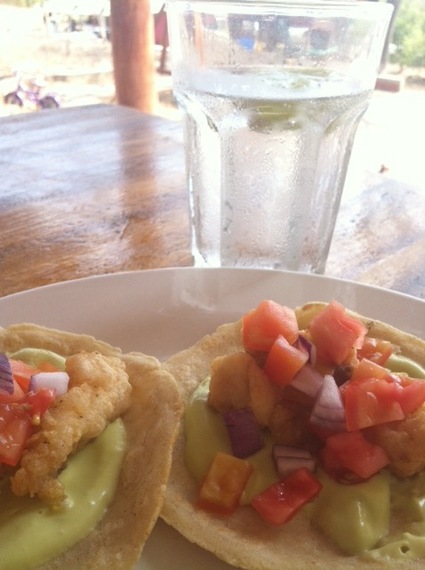 In the coastal regions of Nicaragua, fish and seafood are consumed regularly. One of the specialties is fried whole red snapper. Fish is a great source of high quality protein and unlike meats is low in saturated fat. Fish is also high in several important nutrients that are often lacking in our diets such as iodine, vitamin D, and omega-3 fatty acids. Together these nutrients account for fish consumptions positive influence on heart, brain and eye function, and its protective effects against depression and autoimmune diseases such as Type 1 Diabetes. The American Heart Association recommends eating fish at least 2 times a week (3.5 ounces per serving). 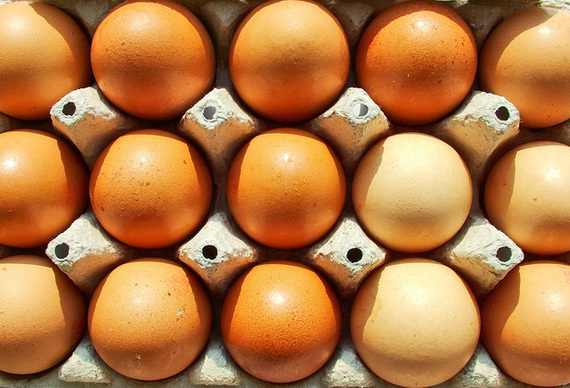 Fried or scrambled eggs often accompany gallo pinto on a typical Nicaraguan breakfast plate. Eggs are a great source of high quality protein, with one whole egg providing 6g. In the past, this little nutritious package was vilified because of its high cholesterol content (212 mg per egg), however, we now know that dietary cholesterol does not affect blood cholesterol. Eggs are also a decent source of micronutrients and phytochemicals such as choline (for heart health and brain development). 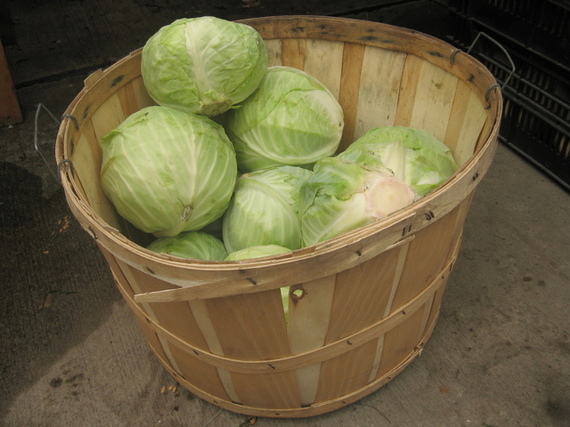 In general, vegetables tend to be sparse in the Nicaraguan diet but cabbage slaw known as Ensalada Nica accompanies most dishes. Cabbage is a cruciferous vegetable that is often overlooked in favor of its popular relatives kale and broccoli. As a low calorie, fiber and antioxidant rich food, it is filling, promotes gut health, and has anti-carcinogenic properties. Thus, it definitely warrants inclusion in our diet. 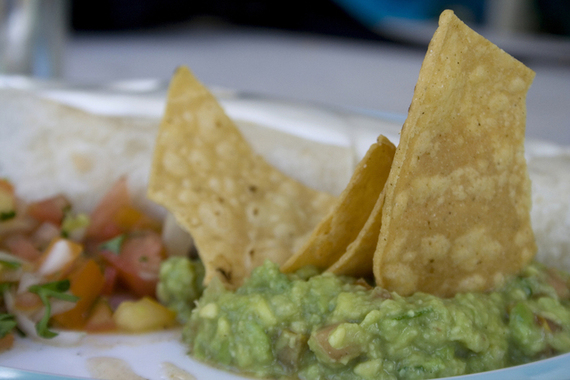 Avocados (or aguacate) are available in Nicaraguan markets throughout the year, with the peak season occurring in June to October. Its light green buttery flesh is usually sliced and added to salads or made into guacamole. Avocado is a fruit unlike any other because it is high in fat, with half an avocado (73g) containing 117 Kcals and 7g of monounsaturated oleic acid. Eating avocados as part of a moderate fat diet can have positive effects on blood cholesterol and overall heart health. Avocados are also loaded with fiber (about 4.5g per half). Furthermore, they are rich in many micronutrients and phytochemicals such as B-vitamins, potassium, Vitamin E, carotenoids and vitamin C, essential for optimal health. 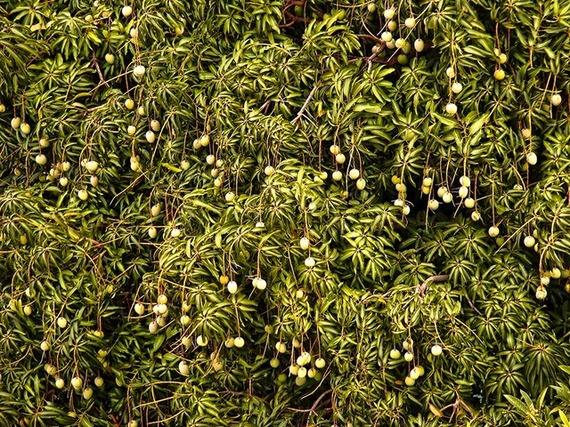 Large mango trees are a common feature in Nicaraguan gardens. During the peak growing season of March to May mangos are plentiful. The inner golden flesh is either eaten fresh or made into juice, sauce, or jams. One cup of diced mango provides 100% of the daily requirements for vitamin C, in addition to other potent antioxidants such as zeaxanthin. Together these nutritious qualities mean that mangoes are great for maintenance of eye and skin health, and may play a protective role against cancer, diabetes, and cardiovascular disease. 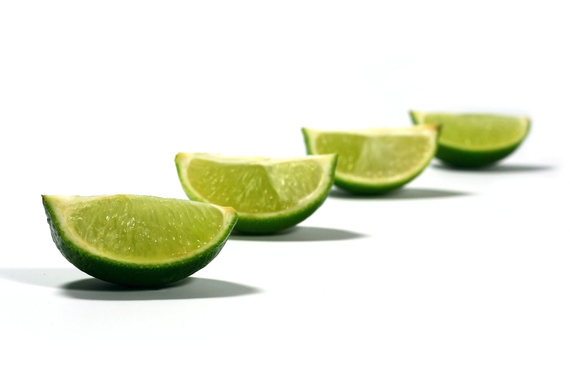 Thanks to the ease of growing citrus fruits in tropical climates, limes are a common ingredient in Nicaraguan dishes. Limes are a concentrated source of the antioxidants vitamin C and flavonoids, thus helping to boost immunity, reduce inflammation, and maintain skin collagen. Pairing lime juice with iron-rich foods enhances iron absorption from the meal. 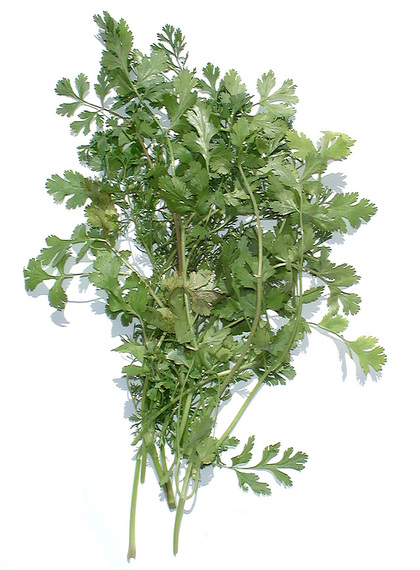 Cilantro (or Culantro) is one of the most common herbs used to add flavor to Nicaraguan dishes but its nutritional contribution to the diet is often overlooked. Like other edible green leaves, cilantro provides small amounts of antioxidants including vitamin C, beta-carotene, and vitamin K.

Maybe it's time to start eating like a Nicaraguan
Here are some traditional dishes to try:

Although these staples are nutritionally dense, Nicaraguans tend to add salt, oil, and sugar liberally in their cooking, so go easy on these additives. If you are looking for a Nicaraguan inspired beverage to accompany these dishes, remember that coffee, cacao and rum are amongst the countries main exports!

Nutrition Information derived from Nutrition:Concepts and Controversies (13th Ed) by Sizer and Whitney

This post originally appeared in a modified form on the authors' personal blog CoolWetGrass.

Registered dietitian and epidemiologist blogging about family life on the beach in Nicaragua at www.naomicahill.com