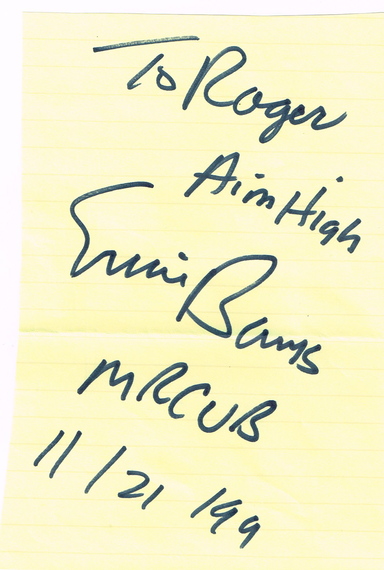 Ernie Banks died tonight. And in the summer green fields of heaven, they are playing baseball. Later on, I'll go listen to Steve Goodman sing "A Dying Cub Fan's Last Request." But not right now.

Tonight I hear the crack of the bat and the rumbling roar of the crowd in the sunshine. Mr. Cub has just hit his 500th home run and when you watch him lope around the bases, head down grace in motion, you'll run those bases with him and it will be a trip that will last your whole life through.

There be a news conference. There will be tributes. Tributes galore. But not right now.

Right now there is a still, grey pallor that hangs over the city on this cold winter night. It's like the opposite of baseball. The night Ernie Banks died.

6 blocks east, Wrigley Field lies in tatters. A renovation that won't be done in time for the start of the season. A construction site that hurt my heart when I first saw it. Place looks like someone took a giant cleat and stomped it into bits of broken toy.

So Ernie's gone to greener fields to finish out his double header.

Here, we'll still be expecting him on TV for just one more interview. I remember not too long ago he had an idea about ending hunger. That was Ernie. He made no small plans.

Here in this big shoulder city, as the years go on, if you look real hard when you're walking down a street or a path through a park, and if you catch a glimpse of a smile like summer, or if you hear somebody talking happy, or if you see a gleam in someone's eye like a warm day in June with the sun sprinkled soul of a giant; if you see any of that, you'll be seeing Ernie Banks.

The best of us. That smile. Everybody now, "Let's Play Two!"

Here's to Ernie. God bless him. Playing baseball in the sunshine. 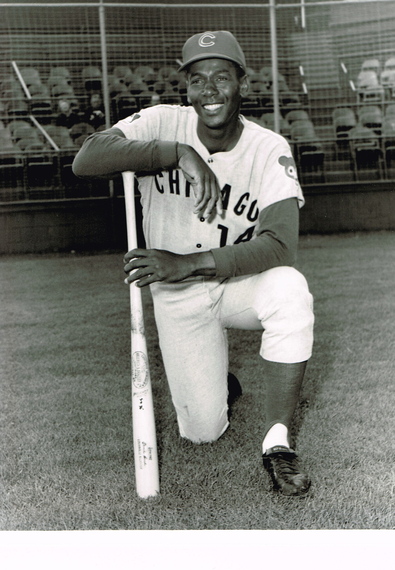