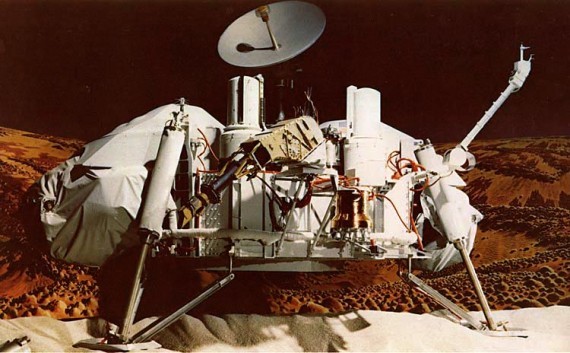 Exactly forty years ago today I experienced one of the greatest thrills of my life. It was the fulfillment of a childhood dream, the realization of a fantasy that had often drowned out the most tedious moments of my grade school classes. I can trace the roots of these antischolastic reveries to Mars and Beyond, an animated Disney documentary from the mid 1950s that had made Mars both real and alluring in my little brain.

The fantasies reached their zenith, both in grandiosity and implausibility, somewhere around the fifth grade. I imagined a sleek, black, winged spaceship landing in the playground, its crew rescuing me from history lessons to join them as their youngest companion, an essential member of the first team to fly to Mars.

By then I knew the textbook story of Mars. It was the most earthlike of all the other planets. It had an atmosphere, polar ice caps, seasons, and a twenty-four-hour day. Astronomers had seen seasonal waves of darkening spread across its surface -- thought to be a sign of plant life -- and at least one had convinced himself of the reality of a network of artificial Martian canals --evidence of a Martian civilization. Add to this the backdrop of a very real manned space program that would soon send people to the moon, and my astronautical fantasies seem in hindsight more inevitable than delusional. And I had learned enough arithmetic to work out that I would be a grown-up right around the time NASA was ready for Mars.

The lunar landings of the Apollo program came during my high school years, by which time my interests had broadened, the hormones had started to flow, and my hope of going to Mars had already begun to collide with reality. Even so I was enthralled by Apollo, and I was thrilled beyond words when the robotic Mariner 9 spacecraft, the first to orbit Mars, discovered ancient dry river beds on the red planet. But there was only so much that could be learned by an orbiting spacecraft. We had to land on Mars!

We did, and in a way far better than in my childish fantasies, or even in the best of science fiction. Anyone could be part of the crew. We all went together.

I was a student at Caltech at the time, where the Jet Propulsion Lab was running the Viking mission, but it was Caltech's Beckman Auditorium that was my spaceship. On the night of July 19-20, 1976, Beckman was showing a live feed from JPL all night, supplemented with commentary by local scientists. 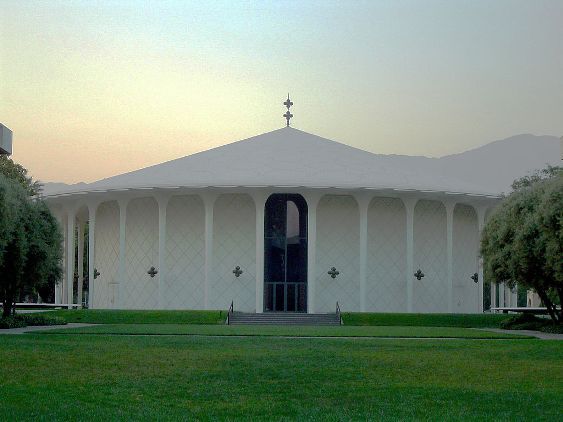 I would have many sleepless nights during my years at Caltech, but this one was the best by far. There was the thrill and tension of knowing how much was at stake, how many things could go wrong with the landing, and how utterly helpless ground controllers would be during the most critical minutes.

The Viking lander camera worked like a fax machine, slowly scanning the scene in vertical stripes of pixels, and the audience fell silent as we watched the first few stripes being painted on the left edge of the screen. Tens of seconds went by with nothing more, then suddenly another vertical strip of the image appeared, now wide enough to show an unmistakable pebble on sandy Martian soil.

The audience erupted in cheers. Tears streamed down my cheeks. We were on Mars! The Viking lander was alive and well. We knew that in the coming weeks there would be chemical tests of Martian soil for signs of life, but in that moment all we could feel was the pure thrill of being on Mars. The image continued to grow, showing one of the spacecraft's landing pads on the Martian sand.

I can't remember how long it took -- at least minutes, maybe an hour -- but a second image followed. It was a stunning panorama of a beautiful and sunny late afternoon on Mars.

Back on Earth, I stumbled out of our spaceship into the gray dawn of a Pasadena morning, my pulse still quickened, my mind expanded, and a lifelong desire finally met.

Happy fortieth anniversary to Viking 1 and to all of the scientists, engineers, politicians and taxpaying citizens who brought it to life.

And, by coincidence, happy forty-seventh to Apollo 11.

Here's a 3-minute video that includes similar reminiscences from Gentry Lee and others from the Viking team:

And here you can watch the entire Mars and Beyond documentary from Disney:

John C. Wathey is a computational biologist whose research interests include protein folding and evolutionary algorithms. Learn more at www.watheyresearch.com.