A few years ago, there was a popular story about a couple who, before boarding a flight with their infant twins, created and distributed goody bags to the other passengers.

Knowing the odds were high that their babies would make a ruckus, these parents got proactive and put together little bags with candy and even a little note, in which they apologized for their kids' potentially-forthcoming commotion. It was a clever strategy, and it inspired copycats, like a blogger friend of mine whose courteous, empathetic wife employed a similar gambit.

Now that we're in the summer months, many people are taking vacations -- and that includes families, which include young children. If you're taking a plane somewhere over the next few weeks, odds are you're going to run into a baby or a toddler or two. It might even be my toddler, as my wife and I are hopping on a plane soon, along with our almost-4-year-old.

I'm not typically one for arts and crafts, but I was inspired by the ingenuity and foresight of the people mentioned above, who know damn well that children aren't fit for public consumption and need to be apologized for at every turn. So I've created a goody bag of my own for our cabin-mates, and I've listed the contents below.

Let me know what you think! 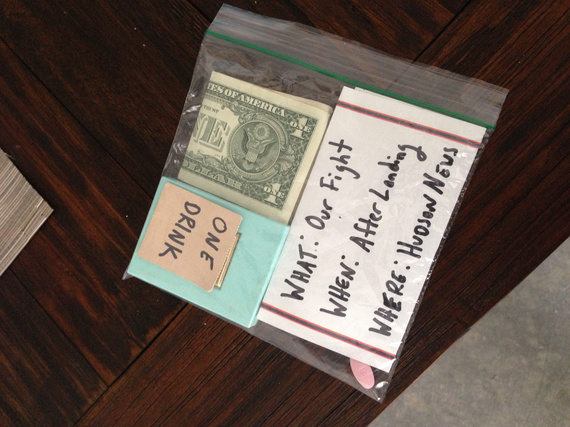 Unfortunately for the other passengers on our plane, I'm not quite as nice as the parents I mentioned above.

More power to them for taking the time between packing every children's toy and DVD and snack -- and everything else they needed to survive a flight with their kids -- to package up a bunch of goody bags for a collection of adults who are so selfish that they feel entitled to complain about the child nearby who's making delighted shrieks because he's never seen clouds so up-close before.

I'm simply not about to preemptively beg forgiveness in case my son disturbs your flight, and I'm certainly not going to pay some kind of tax to every other passenger just because my wife and I wanted to get away for a few days and we figured our son might want to come along.

Parents are as entitled to travel as anyone else, and so are their kids. Whether it's to see family, or attend a friend's wedding, or go on vacation. Guess what? Families travel together! Are children not allowed to see their grandparents because they might make a little noise? I'm exaggerating; they're allowed. This is America! But it would really be appreciated if you paid extra for the privilege. Not much, just 100 bags of candy and gum for Mr. Expensed-It-Anyway Businessman and Ms. Twentysomething-Returning-From-Spring-Break-with-a-Hangover.

The next time you get on a flight and see a couple -- or, God forbid, a solo parent -- escorting a kid to his seat or attempting to calm a tantrum or hoping like hell no one sh*ts their pants, consider for a second that the parents traveling with their kids are having a MUCH WORSE TIME than you are.

They're the ones who deserve a stupid goody bag. With extra liquor nips. 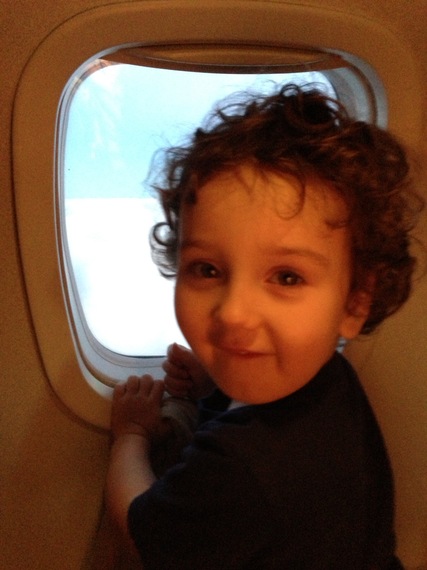