If you told Miguel Gutierrez at the start of his career that he would one day be backpacking across the world to perfect his haircutting craft, he'd have thought you were having a good laugh at his expense.

By age 25, Gutierrez had already built a strong foundation for his career as a hairdresser, working at an exclusive men's salon and at London Fashion Week. Yet despite his success, he had an itch for travel and hungered for a bold, new adventure.

So while sitting at a coffee shop with a friend two years ago, he began to sketch out an idea. What if he combined his trade with travel? What if he set out to visit five continents in 12 months to discover the history and secrets of barbering around the world? 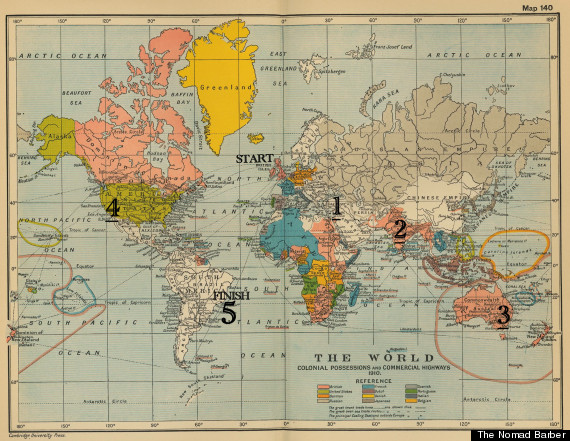 A map of Gutierrez's traveling plans.

Gutierrez, now 27, admits that he had his doubts about pursuing such a risky endeavor. Did he really want to leave the comfort and stability of the career he had worked so hard to build? Was he willing to risk it all on a pipe dream?

"The first reaction from my dad when I said I was going to go around the world doing haircuts on mountains was, 'Are you stupid?'" Gutierrez told The Huffington Post.

But Gutierrez realized that if executed the trip well, it would be a creative way to catapult his career to the next level. Once he explained that to his friends and family, he says he immediately gained their support. 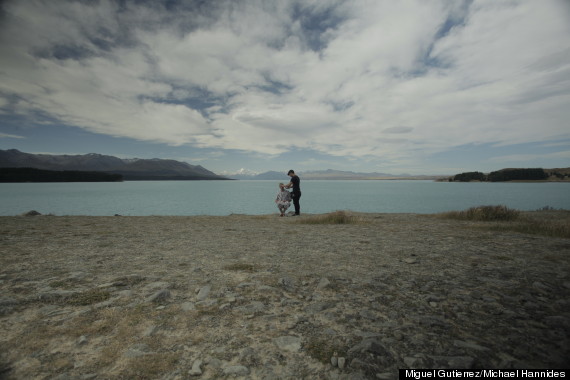 And so after nearly nine months of planning, saving money, recruiting a sponsor and cameraman, completing a successful Kickstarter campaign, and applying for what he describes as "too many" credit cards, Gutierrez was ready to leave his sink and smocks behind. In June 2013, he set off for his trip under the persona of "The Nomad Barber," aiming to work with barbers around the world and teach his followers what the trade is like in different countries. 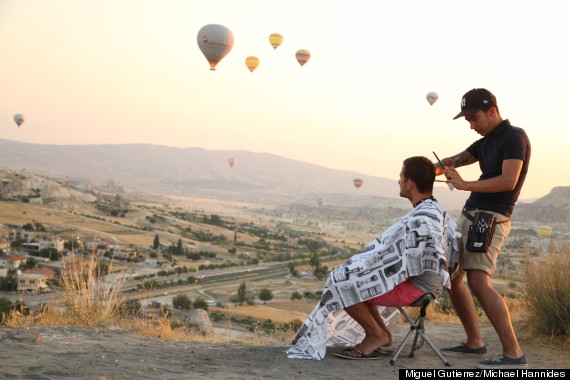 "The fact is, everybody needs a haircut -- from the alleyways of Delhi to the streets of New York. Our aim is to unite people from all walks of life," Gutierrez says in a video about his project. 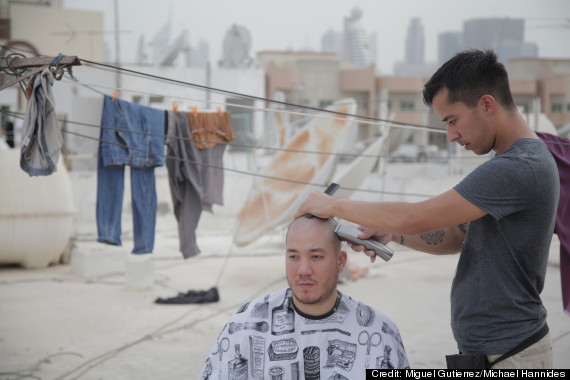 Gutierrez says the project was a great opportunity to teach his followers about the different tools, settings and customs for haircuts around the globe. His experience in the barber's chair in Chile looked like this:

But in India, his simple straight shave was amplified by a cosmic healing massage:

For Gutierrez and the hairdressers he met along the way, being a barber is much more than a way to pay the bills.

"The relationship between a barber and his client is unparalleled to anything else," Gutierrrez said. "You know their family stories, affair stories, proposal plans. Basically any secret a man has the barber learns quite easily. We never tell though. This is the beauty of our trade." 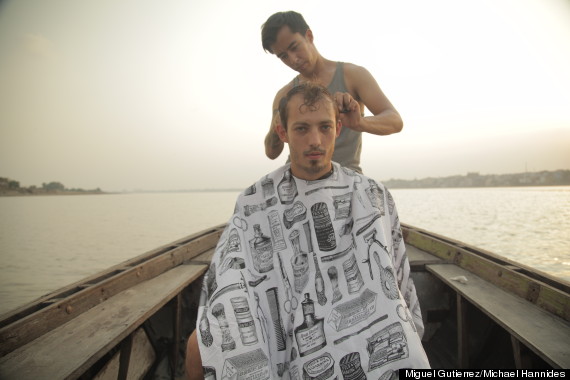 He has thus far traveled to Greece, Turkey, Bulgaria, Kurdistan, the United Arab Emirates, India, Nepal, Hong Kong, Vietnam, Cambodia, Thailand, Laos, Malaysia, Singapore, Indonesia, Australia, New Zealand, the United States, Peru and Chile. The official project ended in April after Gutierrez ran out of money, but he says he is still traveling around Europe and figuring out his next step. 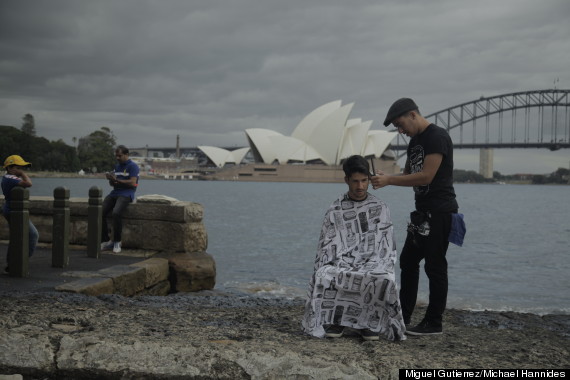 Gutierrez says he has no plans to retire his "Nomad Barber" persona. He wants to continue to perfect the art of cutting hair while sharing his experiences and his greater message with the world.

"The simpler things in life," he said, "are what make it worth living."