For decades I thought my mother had it in for me. Every time I looked at pictures from my childhood I wondered why in the world she cut my bangs so short. If she were still here I would ask her, but sadly she's been gone for 25 years, so I ask my aunt.

"What was mom thinking cutting my bangs so short?"

I didn't either so I did what most bloggers do whenever they want answers; I posted my baby pictures on Facebook and asked them the same question I had asked my aunt. This time I got a multitude of answers.

A few people suggested they were so short because I had cut them myself and that my mother was just trying to even them up. I knew exactly how to blow that theory to bits. Take a look at this series of pictures of me over the years. There is no way I could have cut my hair myself that many times. She didn't just do it to me once. I had forehead fringe for years and years. 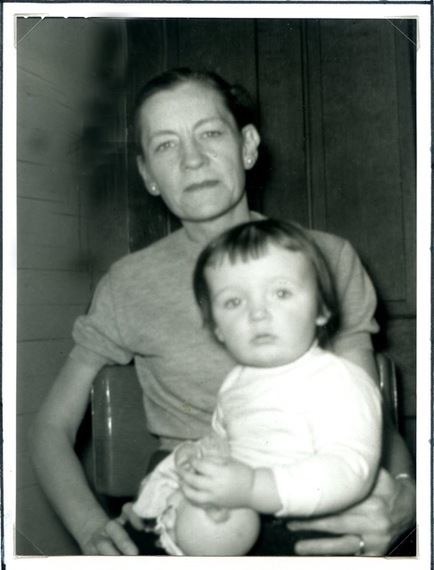 This is me with my grandmother. I was about one year old and the bangs saga had already begun! 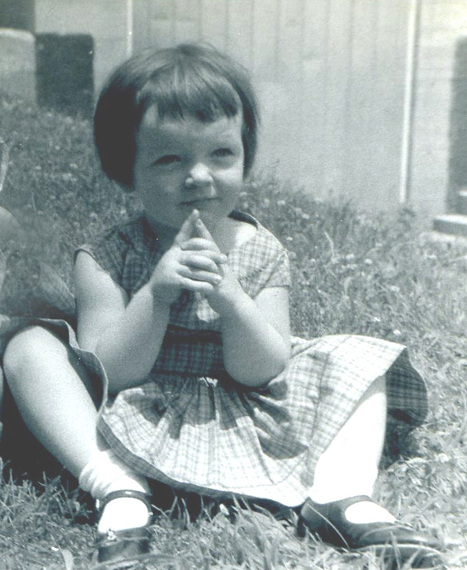 I was about 2 in this picture. My bangs look like they were cut with pinking shears. 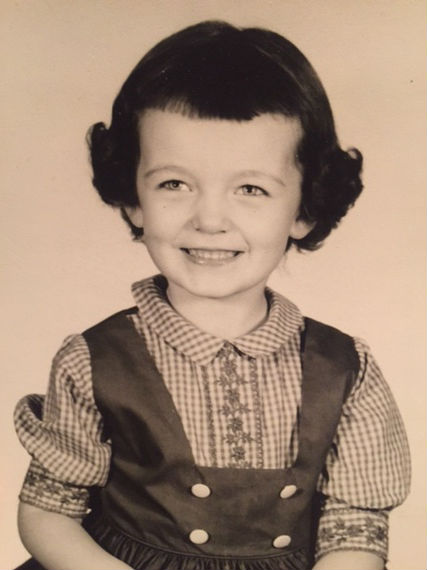 I was 4 or 5 in this one. I have no idea why I am smiling. Evidently I didn't look in the mirror.


The fast majority of women who responded though had the same answer, "My mother did it to me too!"

Had I just uncovered a conspiracy? Were all moms in the 50s and 60s trying to make their daughters look like tiny replicas of Mamie Eisenhower?

Neither Hair Nor There

I also learned another interesting fact about mothers during that period; Lilt and Toni perms were the bomb. There are hundreds, maybe thousands of us who were also tortured with home perms. I'm surprised some lawyer hasn't offered to represent us all in a class action law suit. For those of you who may be too young to understand why I say torture in connection with a home perm, please allow me to explain.

The basic steps to a home perm are rolling your hair on tiny rollers about the width of a pencil. Then after every hair was fastened securely a smelly solution was squirted on each and every curler. Next, you took a plastic bag and covered all the rollers, then clamped it shut tight.

I can picture myself sitting in our kitchen next to the table while my mother worked on my hair. I would take a wash cloth and cover my eyes and nose. Some of the solution would inevitably drip out of the bag so she would take cotton and stuff it under the edges of the plastic bag so it wouldn't get it my eyes.

I am not a chemist and I have no idea what made the solution smell that way but it didn't just stink, it burned. If it got in your eyes it felt like fire and if you left it on too long it could burn your head.

After you sat with a bag on your head for a while looking like some sort of monster from a horror movie, you took the bag off, rinsed your hair (oh, that felt so good) and then squirted something else on it called a neutralizer. Eventually you got to rinse that off too and take the rollers out. Then you were ready to shampoo, condition and roll your hair again on regular rollers. An hour under the hair dryer (I had thick hair) and I was finally done. Sounds ridiculous, doesn't it?

Home perms were a permanent part of my life for a long time but believe me, they weren't permanent. My hair would grow. My mother would cut it and before you knew it, it was time for another one. Why in the world they called them permanents is beyond me.

Anyway, my mother did her best but she was not a beautician. Inevitably she would leave the solution on too long and instead of curl I would have frizz. The first week or so after one of her home perms I would walk around looking like I had stuck my finger in a light socket. Her response was always the same when I complained. "It will grow out." Well, yeah, but what kid wants to go to school looking like a mop-head with tiny bangs?

The worst perm she ever gave me was when I was about 10 years old. I was a Girl Scout and she gave it to me right before we were to have a cookout on the creek. If you know anything at all about curly hair you know that high humidity makes it frizz. That night my hair reached new levels of kinky that I didn't know existed. And the smell... oh, oh that smell! The stink from a permanent doesn't stop when you rinse it out. You carry it with you for weeks. I was a mop-head that smelled worse than a skunk family with gas.

Beauty is In the Eyes of the Beholder

Many of my Facebook friends posted pictures of themselves, proving to me that I was not alone in my misery. There were thousands of us with tiny bangs and permed hair. Lots of our mothers pin curled our hair at night too, or rolled it on pink spongy rollers. We wore dresses with ruffled slips beneath them that itched like crazy but made our dresses look puffy. We had ruffled socks and black patent shoes. And while we might all look back at pictures of ourselves now and wonder what our mother's were thinking, I suspect we all know the answer; they thought we looked adorable.