So many of you have just joined us on our voyage and want to catch up on the entire story of how Joel and I met and how we ended up where we are today. I am going to attempt to go back in time and tell the stories of our meeting, our lives apart, the search for love, our dating, proposal, and the day I married the love of my life. This will come in three segments -- make sure you don't miss them: The Notebook, The Proposal & The Wedding.

To brief you, Joel and I met when we were 14. It was nearly 12 years ago on Halloween night when we had a church youth event. We were part of the same youth group, but I was new and I hadn't met Joel yet. The weekend was called "Disciple Now" and we stayed in age groups 9th grade girls in one host home and the 9th grade guys in another, etc. My host home, little did I know would one day be my family... the Jacksons. Joel came by to pick up his bags as he was unable to make the group outing that night before we disbursed into our host homes for the entire weekend. The 9th grade girls were not shy when he walked into the house. He opened the back door and the girls flocked it. He was greeted with hugs and all the attention.

That shaggy blonde hair and that smirk that faded to the left, that's all it took. If there was ever such thing as love at first sight, that is how I remember it. Okay, okay maybe not love, but butterflies yes! I don't know what he saw in me that weekend, but we started dating in the coming weeks. We spent Thanksgiving and Christmas together. He was my first serious boyfriend after a long series of chasing older boys. He was stable and good for me. We chatted on AIM (for those of you tots...that AOL Instant Messenger), talked on the phone before school (as we went to different schools for the first 2 years of high school), and spent time together at each others basketball games and church activities.
​​ 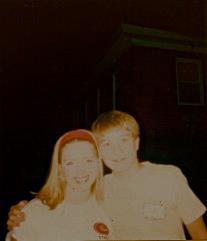 3 months went by and I focused on my growing relationship with God and told Joel that I needed some time. There was nothing wrong with our relationship or with Joel, I just needed to refocus my life in the arms of Jesus. We remained friends but still spent just as much time together, just in groups instead of the two of us. We dated other people and grew apart.
​​ 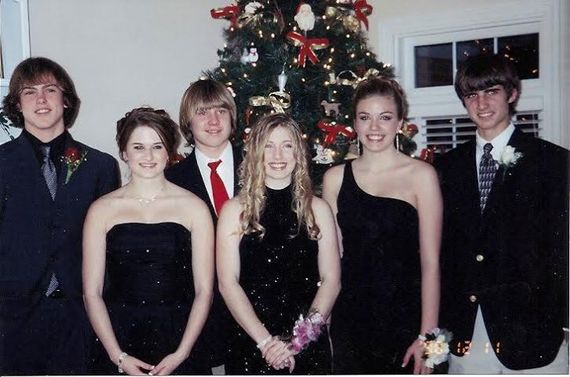 Years went by. Heartbreak and life choices we aren't so proud of led us in two different directions. I struggled with letting go of Joel, but after years of not seeing each other I finally stopped the reel of events that had led us to where we were in 2009. I knew one day we would end up together early on, but I didn't see how especially as I was in a serious relationship and had no clue where Joel was on the planet.

That fateful December morning when Joel rode in the car with a drunk driver and it struck the telephone pole at high speed, our lives collided again. However, it didn't happen effortlessly. I didn't end up in his arms again, not for a very long time. Joel was in a coma with C-1 internal decapitation, a broken hip and a twice broken jaw along with several less serious injuries. I kept in touch with his family and progress on occasion, but I wasn't sure Joel knew I was even around, much less that he would return to me to be the man that he is today.

I was going through a divorce when Joel came home. I had been in a long-term relationship and got married on a whim for all kinds of reasons you shouldn't be considering marriage- with no ring, no wedding, no one there, it was barely legal and last just a few months. It ended abruptly and I was broken myself, I again needed to find myself and God. Joel came home 87 days after the accident. I visited him often. But, Joel couldn't talk. He and I would watch basketball and root on the Celtics to beat the Lakers during the Summer. I would talk and he would listen until his family and speech therapist developed a new line of communication. We would separate the alphabet into 3 segments and Joel would answer using his eyes to spell words when he needed something. It was slow at first, writing every word down, but eventually we threw out the notebooks full of conversations that might take 3 minutes in a normal verbal communication between two people, but for us it took hours.

We developed a close friendship again, but were unsure what to call ourselves. It is hard remembering a voice, but never hearing it. And even when you know he can spell and use the computer, just to hear his voice would have made it all the easier to understand what the other wanted. I was still a mess and so was he. We had to straighten our lives out for the better. We spent months apart, not speaking a word. I was hurt by some things that I was just delicate over. It was personal. I left my hopes for Joel and I behind a long time ago. And I was tired of everyone trying to match-make us and people thinking we were together just because I was there for him. We didn't know what to make ourselves, much less a relationship in this capacity.

I went on about my life and he says he spent many "long and lonely days" without me thinking about his choice in words in our last conversation in the Fall of 2011. Winter was nearly over and he sent me rare apology in February. He came to my 23rd birthday party at my house and again we didn't see each other until late 2012. He told me he wanted me to come see him. I was unsettled about it, because I knew that every time I saw him I would fall for him over and over again. But I had promised myself "not this time". I had been on a few dates over the years and they were less than perfect and forced- and later they ALL told me I was supposed to be with Joel... thanks guys! 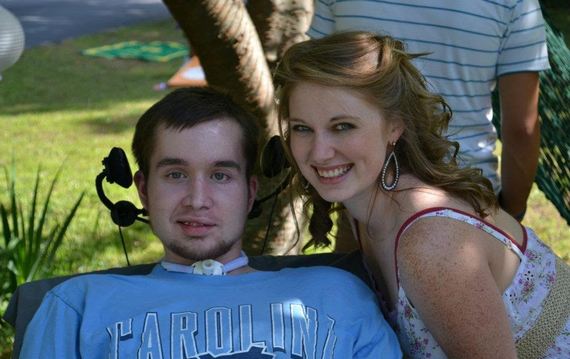 I told Joel of all my dating issues and mishaps. We just sat and caught up. It was just like old times, just us. I left and went to my Mom's house to meet her and my sister about 5 minutes away. He messaged me and said "I'm glad you came to see me. I have really missed you." And for the first time in a LONG time, I felt butterflies again. And it was over.

After a few weeks of talking Joel officially asked me over a message to be his girlfriend on December 1st, 2012. It took us a few weeks to tell anyone as we knew that at this stage in our life, dating is for marriage and marriage for us was more to comprehend for most. It is more than butterflies and rainbows. It is almost only a decision and not a feeling or an emotional response, like most stories. We knew what we were getting into. And it wasn't forced or hard, like any other time we tried making something of our lives together. Finally I knew I was with the RIGHT ONE, at the RIGHT TIME! It took us 9 years to get it right.

Joel and Lauren, the infamous dancing quadriplegic couple, own and operate Jackson Pine Farm and Wedding Venue in Jacksonville, Florida