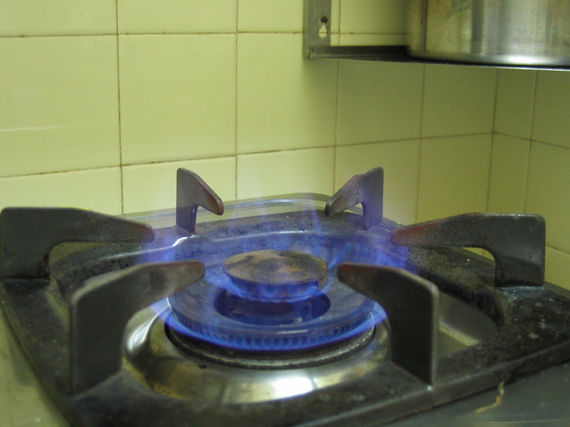 Keeping landlords honest in New York City - or New York State, for that matter - is not an enviable task, given how common the less-than-honest ones are, but it's a job that nonetheless falls squarely in the laps of city and state officials. Similar is the fight for affordable housing when many landlords are loath to let go of increasingly lucrative real estate.

It requires a weekly watchful eye, which is why, this month, ProPublica, the investigative news agency, started asking New York City residents fearful of getting priced out of their neighborhood to text "Rent" to 347-695-2538 to help ProPublica investigate New York City rents. Yes, it's getting that bad.

Also this month, New York State Governor Cuomo, NY Attorney General Schneiderman and NYC Mayor de Blasio forced another batch of landlords to come clean. The landlords had been gaming the system, receiving tax benefits from the state without actually offering rent-stabilized apartments, which is a condition of the tax benefit. It took an investigation by the Attorney General to return over 1800 apartments to affordable rental rates. Expect more like this from AG Schneiderman.

The state is unequivocal about the fight ahead. "We will not tolerate landlords who break the law - plain and simple," said Governor Cuomo, going on to guarantee "thousands of tenants throughout New York City... the full legal protections that they deserve." But much more is needed. The deals being struck with landlords, in an attempt to bring online more affordable housing, aren't pretty, as city officials realized at a contentious New York City Planning Commission hearing this month in advance of a Commission vote next February.

The Commission rightly got an earful. Concerns about accelerated gentrification and displacement of low-income residents (as rezoning for real estate developers would put much out of reach for many low-income renters) are real and persistently problematic for a city with nearly half of its residents living in poverty.

But it's not just rents. Egregious landlord behavior is often more insidious than more observable trends like failure to provide rent stabilization. Intimidation and gross neglect, for example, are equally pervasive, and the state has had to deal with both, as the still relatively new Tenant Protection Unit (TPU) knows all too well, landing Daily News exposés on some of the most illaudable landlords in New York.

This is where TPU must be vigilant, however, if it really wants to protect tenants in this city. Because if you ask any of my former fellow renters in East Harlem, many of whom are members of the Movement for Justice in El Barrio, they'd note that TPU - and the monitor assigned to keep their landlord accountable - is still falling short, failing to protect low-income, rent-stabilized tenants from myriad forms of abuse. (Their quotes below testify to this.)

Abuse is exactly what's happening. Tenants in over 1,700 units in 51 NYC buildings have endured multiple grievances for the two years their buildings have been under TPU's watch: lack of gas, in some cases for over a year; lack of heat and hot water during winter months; exposure to lead, rats and mold; and erroneous fees charged by the landlord.

It all started out so promising, thanks to tenant organizing. Back in 2013, TPU entered into a settlement agreement to protect NYC tenants from illegal efforts to displace them. TPU even installed a monitor to track landlord behavior and adherence to the agreement. (Background: TPU found out about the buildings because of a tenant-organized protest and press conference, and it was tenant organizing that led to the settlement agreement and to the independent monitor.) And yet this monitor has failed tenants and allowed issues - including the lack of gas and lack of heat and hot water - to persist until tenants organized and forced an intervention.

Many tenants continue to face these conditions, which are known contributors to displacement, as TPU's "F" grade appears to worsen. Tenants, for example, have consistently called on the TPU-appointed monitor to carry out an independent investigation into who is at fault for the lack of gas. The response has been lackluster. The landlord claimed the responsibility was in Con Edison's court. Con Edison said the hold-up was with the landlord. And the TPU monitor never weighed in. Meanwhile, tenants got stuck in the middle, living months, up to a year, without gas.

But this isn't just about cooking food. The lack of gas, like other issues tenants face, contributes to the larger epidemic of displacement of low-income tenants citywide and the accompanying deregulation of affordable housing units.

Here's how it works. When tenants have no gas for months, in some cases over a year, the resulting higher electricity bills (from small, inefficient electric hot plates) often force tenants to move elsewhere and give up their rent-stabilized apartment, which landlords then flip, foregoing rent stabilization requirements and charging two-to-three times previous rents.

This same dynamic occurs when tenants live without heat and hot water, when they face rats and mold, when their children become ill due to lead exposure and when tenants are charged erroneous fees on top of their rents. Understandably, they leave.

While landlords are clearly responsible here, it's up to the Tenant Protection Unit to ultimately keep them honest. Many of those tenants above, for example, have yet to be fully reimbursed for the high cooking and electricity costs associated with hot plates that served as poor replacements over the past year (versus cheaper cooking gas). Not only does the actual money matter, it's now a matter of justice.

My old building at 326 East 117th Street got a reimbursement, perhaps unsurprisingly since it was the feature of a Daily News article that named TPU and Castellan Real Estate Partners, the landlord. We were offered $200 per month for every month we were without gas. This was the right move by the landlord and TPU should be lauded for any pressure put on Castellan to reimburse renters. After the noise of Daily News died down, however, the rest of the Castellan buildings, who were also without gas, were apparently offered a much lower compensation. This should be remedied immediately and is illustrative of who often has the upper hand in TPU dealings.

TPU must answer to my former fellow apartment renters. Tenants' rights, and their needs, must be at the center of any TPU action. Currently, there are too many unrestrained landlords changing the landscape of this city, creating an economic homogeneity that leaves behind the character that built and sustains this city. But don't take my word for it. Take theirs, starting with Movement for Justice in El Barrio member Maria Aguirre on TPU's responsiveness, or lack thereof, to her concerns:

We've called and written and shared our grievances with them and since nothing was done, we had no other recourse but to publicly call on them for answers and for protection. The TPU should have been protecting us this whole time.

If they want to use us tenants to make themselves look good, they need to make sure to actually protect us instead of making a back room deal with our known abusive landlord. All we are fighting for is fairness, and we won't stop until we get it.

Ms. Cruz, who chose to remain anonymous and whose quotes are immediately above and below, is right. She, and many others, will keep fighting until TPU stops this kind of behavior: At a recent meeting, and according to witnesses, Richard White, the Deputy Commissioner of TPU, refused to answer a tenant's questions about unfair treatment and lack of protection, gathered his staff, and walked out of the meeting.

It is very telling that they would not answer our simple questions: Why are we getting less compensation? Is it because the other building was in the newspaper and our buildings weren't? They said nothing and left rather than admit that they didn't protect us. They didn't do their job.

And while it may be convenient for someone like TPU Deputy Commissioner Richard White to sidestep tenant concerns in a meeting, it's not been easy for tenants to have their concerns continuously ignored month after month. Living without cooking gas gets difficult:

"Sometimes the electricity bills were so high that it made it hard to pay our rent," said Heleodora Guzman, a tenant at 307 West 134th St. "We were worried we would be taken to court and lose our apartment when we were paying electricity bills of over $300. This went on for a year. Now the TPU is cutting deals with the landlord and they're not giving us a fair reimbursement, same as the tenants at 326 East 117th. Where is the protection? All they care about is making the Governor look good."

Going forward, members of Movement for Justice in El Barrio who live in "TPU-protected" Castellan buildings say they will not stop organizing and speaking out against the unfairness and lack of protection by the TPU until the agency changes its ways and lives up to its name. Good for them. They should.

So should Governor Cuomo, who oversees the Tenant Protection Unit. He, too, should organize and speak out against unfairness and lack of tenant protection. He should walk his talk. Recall his words: "We will not tolerate landlords who break the law - plain and simple," said Governor Cuomo, going on to guarantee "thousands of tenants throughout New York City... the full legal protections that they deserve."

Now, Governor, it's time to live by these words. Too many tenants are still waiting to be protected.