Female nudity isn't hard to come by in the media, but the bodies we see usually represent a fairly limited scope of sizes and shapes. The Nu Project, a collection of nude photographs shot by Minneapolis photographer Matt Blum, seeks to add some variety to the mix.

Blum started The Nu Project in 2005 but said it really took off when his wife, Katy Kessler, became the project's editor. Blum sees the photos as filling a void. "When I started shooting nudes there was no project like it," he told The Huffington Post in an email. "The things that I had seen either used models with typical model bodies or average people who were made to look extremely unimpressive. I figured there was a way to treat women (of any size/shape) like models and photograph them beautifully, respectfully without a lot of sexual under or overtones."

The women photographed are all volunteers, and most of the pictures are taken in the subjects' homes -- where they feel most comfortable. The Nu Project's website showcases six galleries of nudes, three shot in North America, three in South America.

Although Blum told HuffPost that he feels that they have a "good variety of people involved," he and Kessler acknowledge on The Nu Project website that they'd love for the subjects to be more diverse. "The hardest part for us is that the project is 100 percent volunteer, so I do not see the women until I show up at their door," Blum writes on the website. "We’re doing our best to encourage all types of women, but we need volunteers of all backgrounds and walks of life to make the project more complete."

Blum said he ultimately hopes that these images inspire the women who see them to feel better about their own bodies. "It's been really exciting to hear people react to the images," he told HuffPost. "We get a lot of feedback from women (especially) who have struggled to see themselves as beautiful, and this project has helped them on that path."

LOOK: 7 Photos From The Nu Project

PHOTO GALLERY
Photos From 'The Nu Project,' By Matt Blum
Download
Calling all HuffPost superfans!
Sign up for membership to become a founding member and help shape HuffPost's next chapter
Join HuffPost 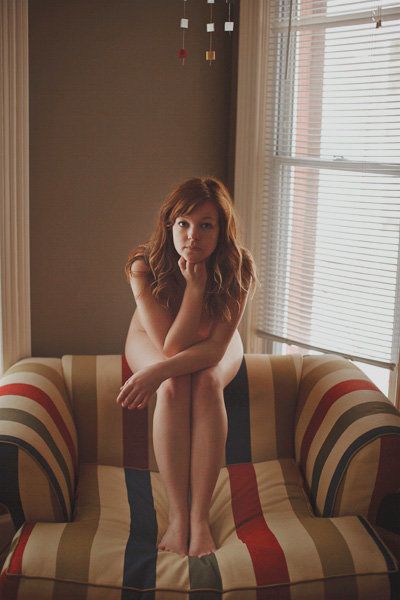