"Athletes inspire kids to be better, and not just on the court." -- Albert Hannemann, Founder and CEO of the National Volleyball League 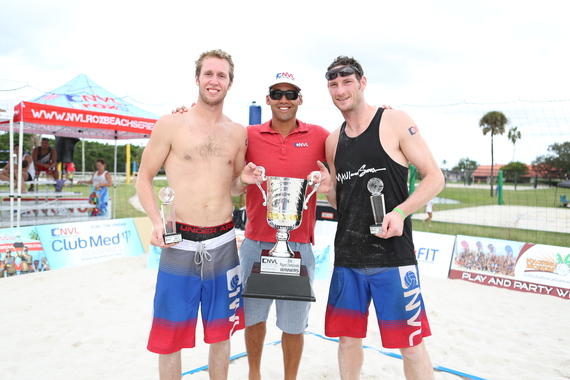 The National Volleyball League wrapped up their fourth season at the 2014 Players Championships at Club Med Sandpiper Bay in Port St. Lucie, Florida this weekend. The successful Canadian team of Josh Binstock and Sam Schachter captured the men's title, while favorites Priscilla Lima and Karolina Sowala took their fifth of six, nearly sweeping the season. And while all eyes were on the pro's, the NVL's Founder and CEO Albert Hannemann worked tirelessly behind the scenes to continue his and the NVL's mission, to teach and grow the game of beach volleyball.

The National Volleyball League was created in 2010 when the AVP went bankrupt for the second time. Al-B Hannemann, who played on the AVP tour for 18 years and witnessed those league stoppages, wanted to create a different league for players, by players, that would be sustainable. He added co-founder Molly Menard both as a player and CFO, and together with Club Med, they have built the first ever beach volleyball academy in the United States. Hanneman's goal with the startup league? "We just want to be the center for beach volleyball in the US."

If you haven't heard, the interest and participation in beach volleyball is emerging all over the country. It's been added as a NCAA sport and scholarships are being offered for the 2015 school year, and by 2016 over 200 universities will be adding beach volleyball. The NVL is not only a professional league, but they've started their own junior program as well called NVL Rox (soon to be re-named NVL Rize).

Hennemann is all in, as he and his family of five have moved from California to Port St. Lucie to run the NVL Club Med Beach Volleyball Academy. Think of him as the Nick Bollettieri of beach volleyball. "I would have never moved here if I didn't think this would change the sport dramatically. Parents have been looking for this, beach volleyball is out of control and we need to give kids more opportunities to play. And having the pros to teach them is the biggest difference maker. There's a league behind this academy, and that's never happened before. I'm more passionate about developing young players than the tour." 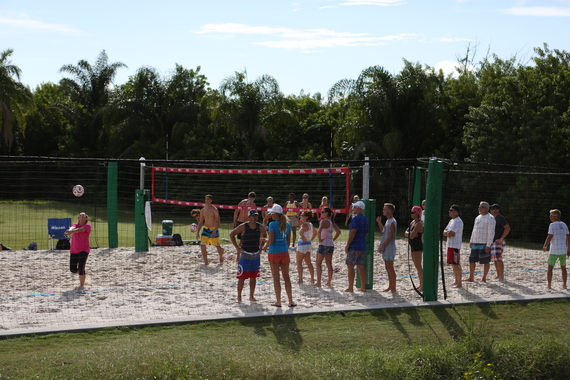 It appears several of the leagues players share and embrace Al-B's passion, and the NVL's grass roots philosophy and initiatives. The athletes willingly and happily host free clinics and tournaments for fans and juniors in every city they play. It's a very small yet family friendly league, which has nowhere to go but up. Austin Rester played 6 seasons on the AVP circuit before it folded in 2010, but stuck with the NVL when Donald Sun resurrected the AVP in 2011. "For me, what's beautiful about the NVL is how much they've involved the junior game. I coach full time in San Diego, and this is exactly what I want to do with my time; give back to juniors, be competitive, and have fun. Kids and growing the game is the heart of this tour."

Though the focus has been on the development and teaching of junior players, the NVL has expansion plans for its tour in 2015. There will be ten events instead of six, the prize money will increase, and Al-B is stoked to have added a 48 foot big rig to the NVL's list of assets. "We're like a circus now, we can take everything with us!"

It's a high wire act, starting the NVL from the ground up, and much like the trapeze on Club Med's property, anything can happen in the world of sports. But it seems for now the National Volleyball League is on solid sand. It will be interesting to see if they can lure top talent while developing young athletes, and truly become their tagline, the soul of beach volleyball.