One doesn't expect the world's leading -- and liberal -- paper to take a stance that goes effectively against a court in a Third World country that's struggling against great historic odds to bring genocidal killers to justice. Yet, that's exactly what the New York Times has done in a recent editorial. In an ostensible defense of a British journalist working in Bangladesh, the NYT has come down harshly against the International Crimes Tribunal in Bangladesh. 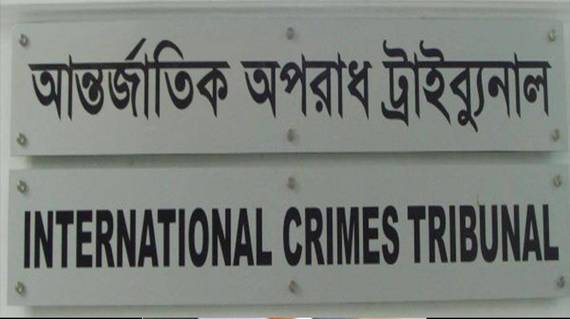 The NYT was provoked by the case of David Bergman, a British journalist, who was found in contempt of court and given a rather symbolic punishment: a fine of Taka 5000, roughly $65. The NYT chose to pick up the cudgel on Bergman's behalf, treating the matter primarily as one of free speech, rather than the memory of 3 million war dead, a country's history and a people's difficult passage to justice.

Mr. Bergman wrote in his blog that, the information about the war dead provided in a verdict of the tribunal is groundless. He said it originated from an editorial of a newspaper named Daily Purbodesh, published on December 23rd, 1971. He also argued that the figure was unproven, and taken into cognizance by the tribunal only as a matter of common knowledge. The court felt that in questioning a figure almost universally accepted by all Bangladeshis, Bergman had not only slighted the memory of the war and its martyrs, but also sought to undermine the credibility of the court, and the legitimacy of its verdicts.

It should be noted that the NYT had already published an editorial about David Bergman on May 15, 2014. In that first editorial, the NYT itself pointed out that Bergman is married to the daughter of one of the country's most famous lawyers and politicians, Dr. Kamal Hossain. Bergman's wife, Barrister Sara Hossain, is a famous human rights lawyer in her own right. Given his work permits and his social position, it is unlikely that he is personally at any great risk -- say, of being thrown into jail, let alone anything worse.

So, why this excessive attention from the NYT? It is ostensibly because the Bergman affair marks a dangerous turn against free speech in Bangladesh. Bangladesh has long been ranked as a "partially free" country by Freedom House. The present ranking has stood despite the fact that the BNP government (2001-2006) shut down ETV, or the Caretaker Government (2007-08) closed down CSB. Even the present government (2009-present) has shut down Diganta TV and Amar Desh, two media outlets accused of fanning fundamentalist furor with outright lies. More egregiously the government has passed a draconian ICT law, and is on course to pass an equally restrictive broadcast policy.

To the best of my knowledge, the NYT never ran an editorial against the shutting down of entire media outlets, nor against heavy-handed laws. Does a court finding one controversial man in contempt for repeated insolence really mark a greater threat to overall freedom of speech?

The NYT is well aware of the Western stance on Holocaust denial. It is punishable by law to different degrees in most Western nations. Defenders of Bergman like to point to a mid-'90s documentary of Bangladeshi war criminals who escaped to England as his pro-Bangladesh and pro-Liberation War bona fides. Bergman did work on that documentary as a researcher and has either taken or been given far too much credit for it. In the first editorial, NYT too mistakenly mentioned it as "his" documentary, though he was neither the producer nor the director.

One doesn't have to deny that an event took place at all to be a denier. To raise pernicious questions about significant historic facts or to do so in ways that minimize the role of culprits or the extent of damages is enough to be seen as an act of "denial." Bernard Lewis, a renowned American professor of history, had infamously changed the term "genocide" to "slaughter" in a later edition of a Turkish history textbook authored by him. He later called the genocide "the Armenian version of history" in an interview with the French paper Le Monde. Simply for this lack of regard towards an event, the French court found him guilty of "neglectful" attitude, and punished him with a symbolic 1 Franc fine.

In another case, Peter Erlinder, an American defense lawyer in the Rwandan trials, was arrested on May 28, 2010 for "denial surrounding the circumstances of the genocide." Once again, Erlinder did not deny that a genocide or mass killings took place, but his constant attempts at minimization in clients' service was sufficient to land him in jail.

I personally agree with the NYT that "journalists and scholars must be able to engage in legitimate inquiry into Bangladesh's historical record without fear of punishment." The problem here is that that is not at all what Bergman was trying to do. He was not engaged in any sincere research into the figures. He questioned them as a matter of conjecture, not based on facts. His intent was not to bring precision to known historical facts. It was rather to impute first that the figures are wrong and that in quoting them the court too was somehow in error. Ergo: the procedures and verdicts of a court that used allegedly erroneous figures must also be questionable.

In a noticeable frenzy of outrage the NYT said that "the tribunal has set the bar for journalistic inquiry so low... that anyone... is at risk of criminal charges." Hundreds of local reporters have reported on these trials, even critically, for some years now. Bergman alone has been called on contempt charges three times; no one else. Is it the court, or is it Bergman, that is setting the bar for journalism too low?

During our Liberation War, when the U.S. government of Nixon-Kissinger was against Bangladesh, the Times, along with many progressive American platforms, spoke fully in our support. How ironic then that the NYT saw fit to place a privileged foreigner's right of callous adventurism ahead of a long-beleaguered people's dream of achieving long-denied justice.