NOTE TO READERS – This post is the first of a series which will deal with such matters as political Islam, religious legitimacy and the principle of custodianship within Islam the nation-state.

It is often that Islam has been labeled a backward religion for it has been perceived as an expression of barbaric chauvinism and medieval feudalism, rather than a faith rooted in justice, freedom and compassion. Such grave misconceptions, of course, have been nursed into existence by Saudi Arabia’s very own brand of radicalism: Wahhabism.

When looked at through the lens of Wahhabism, Islam does in fact carry within the abominable seed of vengeful extremism, sectarianism, nepotism, chauvinism and whatever intellectual deviance one could conjure. But Islam is not to be found on the lips of Wahhabis… Islam was illegitimately claimed by Wahhabis so that a house could be risen on the blood of the innocent, and tyranny given legitimacy by cloaking itself in holiness.

But there is nothing divine in engineered murder and repression. There is no righteousness to be found in preaching hate and intolerance towards religious communities. Those are words of dogmatism and ignorant arrogance.

As Dr John Andrew Morrow only very recently told me during an interview:

The Saudis have appropriated, not only the pilgrimage, but the entire Hijaz [what the world now calls Saudi Arabia], and Arabia as a whole. What is more, they think that they have appropriated Islam ... They have betrayed Islam as a whole: pillar by pillar and principle by principle. They have, for the past two centuries, engaged in false marketing on a planetary scale, fraudulently presenting Wahhabism and extremist Salafism as Sunnism.

One lie, one deception, has been particularly damaging as it touches upon the institutional and socio-political dimension of Islam ― not just as a faith but a nation-state: the idea that a religious community under God could also exist as an anchor to a model of governance, without departing or compromising from its divine nature.

I realize today that I am quite literally swimming against the current when I say that Islam stands not as an oppression onto other faiths. Islam came to liberate society as a whole by defining and anchoring those very principles modern democratic sovereign states have claimed for themselves: equality, fraternity, solidarity.

It is those powers Islam threatened to abrogate which today have worked to sully its nature by perverting its message -– so that you would learn to hate its name.

Let me take you back to a time when Islam was a unifying light onto Arabia, back when its banner meant liberation, and not yet the oppression Wahhabism has brought us since.

Let me tell you of a time when a formerly fragmented people was united to cement the first Islamic nation-state. I will not attempt to romanticize history and depict Islamic history as one devoid of bloodshed and ignominy. Islam has seen many tyrants hide in its midst. It will likely see many more still.

What I will however not stand for is the critic of a faith, when we ought to lay blame at men’s feet. In the same manner one cannot blame the horrors of the crusades on Christianity or the mass oppression of Palestinians on Judaism, one cannot blame Islam for Wahhabism. Rather, we ought to learn to differentiate in between the two and reclaim faith for the faithful -– then true dialogue would take place. But enough with that. Let me go back to the subject at hands.

There are arguably two paramount events in Islamic history which came to shape what we call today “political Islam,” although you will find that communities and interpretations have most definitely strayed from the words given: the Constitution of Medina and the oath of Ghadeer.

What I describe as political Islam is this moment in time and space when aIslam as a faith and a religion transitioned from the spiritual to the socio-political sphere to shape society to its tenets, and thus define constitutional law.

The Constitution of Medina came to define the architecture of the state while the Oath of Ghadeer came to anchor religious and political legitimacy through custodianship.

The Constitution or Charter of Medina as many have preferred to call it, pre-dated the English Magna Carta by almost six centuries. It was executed and implemented for 10 years (622-632 A.D.) and applied to 10,000 citizens living in Medina at that time. Remarkably, 45 percent of the total population in Medina consisted of non-Muslim Arabs, 40 percent consisted of Jews, and only 15 percent consisted of Muslims at the start of this treaty.

This demographic reality essentially meant that the Prophet Muhammad penned the Charter of Medina as a minority sovereign, to govern over a multi-religious pluralistic society, where freedom of religion is not just a human right but a religious commandment onto Muslims.

The Charter consists of 47 clauses which set forth the formation of a sovereign nation-state with a common citizenship for all communities. The Charter protects fundamental human rights for all citizens, including equality, cooperation, freedom of conscience and freedom of religion. Clause 25 specifically states that Jews and non-Muslim Arabs are entitled to practice their own faith without any restrictions. In other words, the Charter of Medina was the first document in history, emphasis on history, to establish religious freedom as a fundamental constitutional right.

But what of the Oath of Ghadeer?

The Oath of Ghadeer, an event in Islamic history Saudi Arabia most fervently would like everyone to forget about, came to complete the Constitution of Medina in that it dealt with two key principles: legitimacy and custodianship ― political and religious.

“O Messenger! Deliver what has been revealed to you from your Lord; and if you do it not, then you have not delivered His message, and Allah will protect you from the people; surely Allah will not guide the unbelieving people.” (Quran 5:67)

The above verse speaks about a revelation of such paramount importance, pull and traction, that should the Prophet had failed in his deliverance, his prophethood would have been nullified altogether. In other words, the very essence of Islam rested in those last commands.

Allamah Tabatabai said on the matter:

Why was this order so important that if it was not conveyed then the message was not conveyed at all? It was because religion’s knowledge and commands are inter linked…The fact, that if this commandment was not conveyed, then no other order was conveyed, shows its utmost importance, and makes it crystal clear that this particular order occupies such a central position in the whole structure – so much so that if it had been left unannounced, it would have amounted to leaving all other orders unannounced, because its relation to other items is like that of soul with body; if it is disconnected, there would remain only a dead body, devoid of feeling, movement and perception… There was a danger that the people would oppose it and strive hard to overturn it against the Prophet aiming at demolishing the structure of religion he had built and disintegrating all its parts … Accordingly, he kept postponing its delivery from time to time, waiting for a suitable circumstances and peaceful atmosphere, in order that his mission might be successful and his endeavours fruitful. But Allah ordered him to make haste in conveying that message, showing to him its importance, and promising to protect him from the people.

What was this message the Prophet was supposed to convey that would provoke the people, most specifically, the disbelievers? According to numerous traditions from both Shia and Sunni sources, it was about the guardianship and custodianship of Imam Ali –- the first Imam of Islam and appointed keeper of tradition.

The Oath of Ghadeer dealt together with the issue of political succession and religious guardianship over the Islamic nation-state. Interestingly enough, Muslims seldom dare overtly discuss this matter as righteous legitimacy has been denied away from the appointed parties to be wielded by others -– more often than not by the blade of their swords.

The issue of guardianship and legitimacy are absolutely central in Islam though. Today, both concepts have been together denied and twisted to fit the agenda of a dishonest and radically bigoted elite.

The Prophet conveyed this last message after performing what would be his last Hajj. There, in a place called Ghadeer, he ordered Muslims to assemble together, to bear witness once more and pledge their allegiance once last time to the Word.

It was then, before the Islamic community that Imam Ali, was revealed as the true successor of the Word ― both the guardian and the tradition itself, together the recipient of the rule and the rule itself.

Where Muhammad was God’s last Prophet, Ali was His Imam – the voice after the Word, which would carry, defend and purify those verses which were passed on by the Prophet of God.

It has been narrated from Abi Sa’id that:

Islam’s unity and true oath of allegiance is expressed twice: to become One ― once in the declaration of faith known as Shahada( that there is indeed but One God, and that Muhammad is His prophet) ― and then in the pledge of Ghadeer (the two faces of a coin, when body and soul become united in worship to become Islam).

It is with the announcement of guardianship that the message of Islam was perfected and completed. Arguably, Islam was born as a sovereign institutional reality on the Day of Ghadeer, when One was expressed in Pluralism.

“This day have those who disbelieve despaired of your religion, so fear them not, and fear Me. This day have I perfected for you your religion and completed My favour on you and chosen for you Islam as a religion” (5:3) 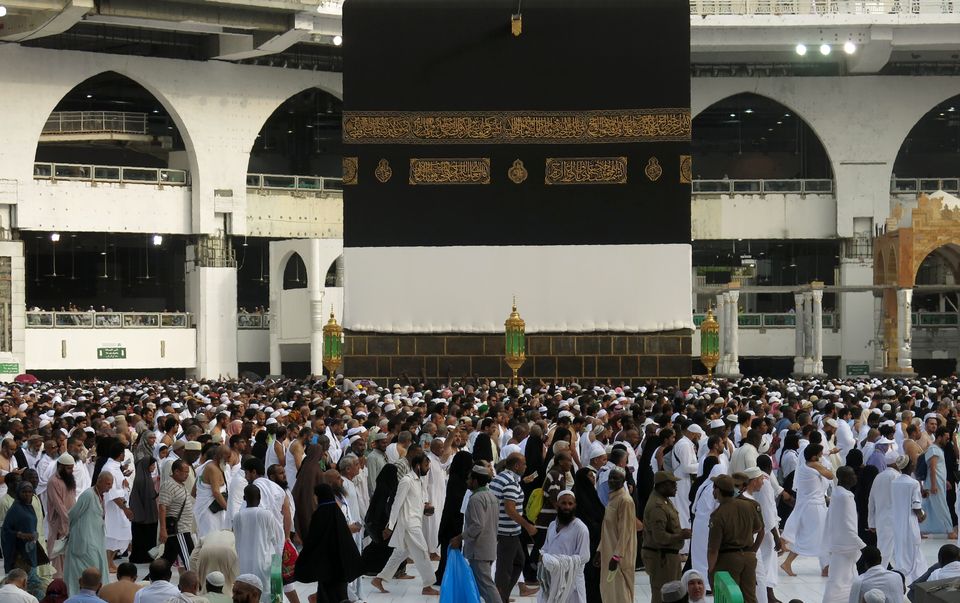