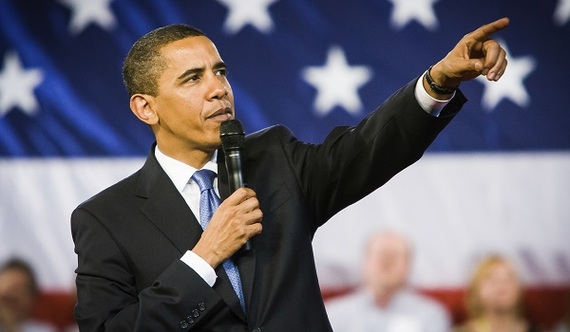 Corporate tax lawyers, beware! The Obama administration is making it likely that you will be working overtime in the near future.

With the legislative branch gridlocked, the executive branch has taken the lead in several areas of corporate regulation. This past week, corporate taxes took center stage with the Treasury Department's new and more stringent rules targeting tax inversions.

Tax inversions are created when a US corporation merges with a foreign corporation and moves the headquarters of the combined corporation to the foreign country to take advantage of a lower tax rate there. This technique creates a powerful incentive for corporations to find willing overseas partners, especially in the world of pharmaceuticals and health care. Not surprisingly, with its 12.5% tax, Ireland is a popular inversion destination.

When AbbVie (NYSE: ABBV) tried to purchase the Irish firm Shire (LON: SHP) in a $52 billion inversion deal in 2014, the Treasury department enacted new rules that taxed AbbVie's overseas cash designated to fund the deal. Despite the claims that the primary purpose of the deal was a strategic fit, the deal fell apart a month after Treasury's action.

This time, the tentative $160 billion deal for US-based Pfizer (NYSE: PFE) to buy Ireland's Allergan (NYSE: AGN) and incorporate in Ireland was scuttled by new Treasury actions that some critics say targeted this deal specifically and overstepped the executive branch's authority. As with AbbVie and Shire, claims of strategic synergy were not enough -- it took only a few days after the announcement of new rules for the Pfizer/Allergan deal to be called off.

To understand both sides' reactions, it is necessary to dig into the broader tax environment that incentivizes inversions.

Unquestionably, the main force behind inversions is US tax policy. Not only does the US have a 35% corporate tax rate -- the highest of all developed nations -- but the US is also one of the few nations to apply that rate on all profits whether they are generated in the US or in a foreign country.

A multinational corporation's US profits are taxed at 35% and overseas profits are taxed domestically at the difference between the US and foreign rate (tax credits are issued to compensate for the foreign tax). For example, using the Irish rate of 12.5%, every dollar that a US company earns in profits in Ireland is effectively subject to 12.5 cents in tax in Ireland and 22.5 cents tax in the US -- but only when those profits are brought back into the US. As a result, multinationals end up hoarding profits overseas and reinvesting them in offshore operations to avoid US taxes. This further increases corporate incentives to relocate overseas, with the associated economic impact - including tax revenue -- benefitting foreign economies, not America's.

Businesses rightly argue that higher US tax bills put American corporations at a competitive disadvantage with their foreign rivals. However, it is a leap of faith to assume that simply lowering the corporate tax rate and/or going to a territorial system (exempting foreign-earned income from domestic taxation) will create enough tax reductions and growth opportunities for US corporations to stop inversions.

According to Reuters, an October 2015 study suggested that, at the time, the 500 largest US companies held $2.1 trillion in profits offshore to avoid taxation. Those profits would bring in an estimated $620 billion in tax revenue when repatriated into the US. How low would corporate tax rates have to go to provide incentive to repatriate these funds? Probably a lot lower than they would be willing to go.

This discussion will remain academic for now, as contentious election-year politics has brought all meaningful federal legislation to a halt. Understandably, the Obama administration is trying to fill this leadership void the only way it can -- through regulatory changes.

There are two major elements to the Treasury Department's action: a redefinition of the rules for determining the size of the foreign entity in terms of assets and removal of a practice called "earnings stripping."

To receive the benefits of a tax inversion, the acquiring foreign entity must be the right size relative to the acquirer. The foreign company must own between 40-50% of the combined entity for full tax benefits to apply. Below 20% foreign ownership, the company is considered a US company and US taxes apply.

Some companies, including Allergan, have "beefed up" by making preliminary acquisitions that put them in the proper size range for future inversions. The Treasury department is targeting so-called "serial inverters" by ignoring the previous three years' worth of acquisitions when evaluating a foreign company's shares.

In Allergan's case, three recent acquisitions would have dropped "original" Allergan investors' stake in the new company below 20% -- invalidating the tax inversion. Is Treasury's action targeted specifically at Allergan? Not expressly, but the three-year mark is somewhat arbitrary and affects very few companies.

Earnings stripping involves a multinational company using transfers effectively to shift income into the lower-tax foreign entity. In an inversion, the American subsidiary borrows money from the parent company and uses the interest payment deductions to offset their earnings. Treasury eliminated this avenue with new rules treating the transaction as if it were equity based instead of debt based, thus eliminating the interest deduction.

However, a Forbes article suggests that the new earnings stripping rules could extend beyond inversions and adversely affect companies attempting to invest in American facilities. The article uses the example of foreign auto manufacturers investing in US manufacturing plants and suggests such investments will be more difficult in the future -- reducing the ability of depressed areas to revitalize their manufacturing economy.

Few, if any, companies undertake mergers and inversions solely for the tax benefits. Both companies must also have a synergistic basis merging -- for example, in Pfizer's case the Allergan deal would have provided a strong collective portfolio in both high and low-cost drugs. A prior attempt to buy AstraZeneca (LON: AZN) also had roots in diluting Pfizer's still profitable but slower-growth line of older drugs.

That's not to say that tax policy wasn't a huge driving force; it clearly was. Pfizer was not only motivated by future tax bills, but also by the billions of dollars it held in overseas entities that it could not bring into the US without footing the US tax bill. Corporations must pursue legal steps to lower their tax bill, or they are not acting in the best interests of shareholders. Companies don't set the rules; they just play by them.

That leads us to the real problem: inability by Congress to create a set of corporate tax laws based on reasonable and coherent policy that help level the playing field for US companies competing in a global economy. With the current environment of compromise as a dirty word, it is nearly impossible to craft tax policy that strikes the proper balance between corporate tax burdens, economic growth, and income to the Treasury Department. Thus, the Obama administration has elected to use the regulatory tools it has to address the problems. In a way, it's like trimming your shrubs with an axe because that's the only tool that you have available. You may get that one stubborn branch, but without great care, you will cause a lot of collateral damage.

While the uncertainty continues, mergers and acquisitions are even more subject to abrupt changes than before. If you consider a company in merger talks to be worth the investment risk, then proceed -- just do a proper risk assessment first.

To Read More From MoneyTips:
Should We Lower Our Corporate Taxes?
Clinton's Profit-Sharing Plan 101
Mergers And Acquisitions At Record Pace