John Saunders, who has graced many a screen as an ESPN sports reporter and anchor for nearly 30 years, died Wednesday. He was 61.

If you are over 50, there’s a very good chance that what your eyes immediately searched for after reading that was the cause of his death, followed by the ages of his children if you are a parent. Why? Because we all play the obituary game. When a person isn’t old ― and I define “old” as 20 years beyond whatever age I am at the time ― and dies, I want to know if this could happen to me. Here’s how the obituary game is played. This column originally appeared in 2012.

My Aunt Sophie lived well into her 90s with pretty much every day spent joyously. Yet sometime in her later years, she developed the habit of opening the newspaper and immediately turning to the obituary page. For a woman so committed to living a full and rich life, it seemed incongruous and I had to ask why.

“Are you looking for the names of friends?” I asked, still bewildered but ever vigilant of how loneliness and depression can set in with seniors when all their friends start dying off.

“Not at all,” she replied with increasing annoyance. “I’m keeping score. I check the ages of the people who died and count up how many were younger and how many were older.”

It made perfect sense — for a fleeting moment. But then the moment passed and I went back to wondering why she just couldn’t do the crossword or Sudoku puzzles like everybody else instead of playing a game of morbidity math. I’ve since learned we all use different milestones to measure our progress — birthdays, anniversaries, and when our parents creep up in age, they turn to the obituaries for a kind of affirmation.

This weekend, a long-time and dear friend died unexpectedly of a massive heart attack. I say unexpectedly because the 72-year-old Flanagan — his full name was James K. Flanagan but I can’t recall ever calling him “Jim” — always swore he would live to be 100. He said it with such conviction and a twinkle in those Irish eyes of his, that this morning there are many of us walking around stunned and feeling cheated out of those additional 28 years he promised.

Somewhat oddly, I found myself turning to the obituary page in hopes of finding solace. Flanagan, who had a decade or so on me, hadn’t been sick and he certainly wasn’t an old 72. He ran marathons and chased after his pack of grandkids like the big kid in the sandbox that he was. He never complained about aches, pains or the “if-onlys,” and instead constantly affirmed his blessings. He was a guy who was never too old to quit a job on principle, never too old to forgive and forget, never too old to think he was done improving the world. He was a teacher who walked away from a cushy university job and into an urban public school to bring poetry — yes poetry — to street corners filled with poverty and crime.

While on the one hand I was glad not to find many people younger than Flanagan on the obituary page, I was quickly filled with the sense of unfairness over the fact that such a good man was taken from us so soon while so many others had decades on him.

I also remember sharing with him my worries when Aunt Sophie began scanning the obituary page each day. “Annie,” he told me, “she’s looking to see if her name is there. And if not, she knows it’s going to be a great day.”

Flanagan, may you RIP.

And John Saunders, the same to you. 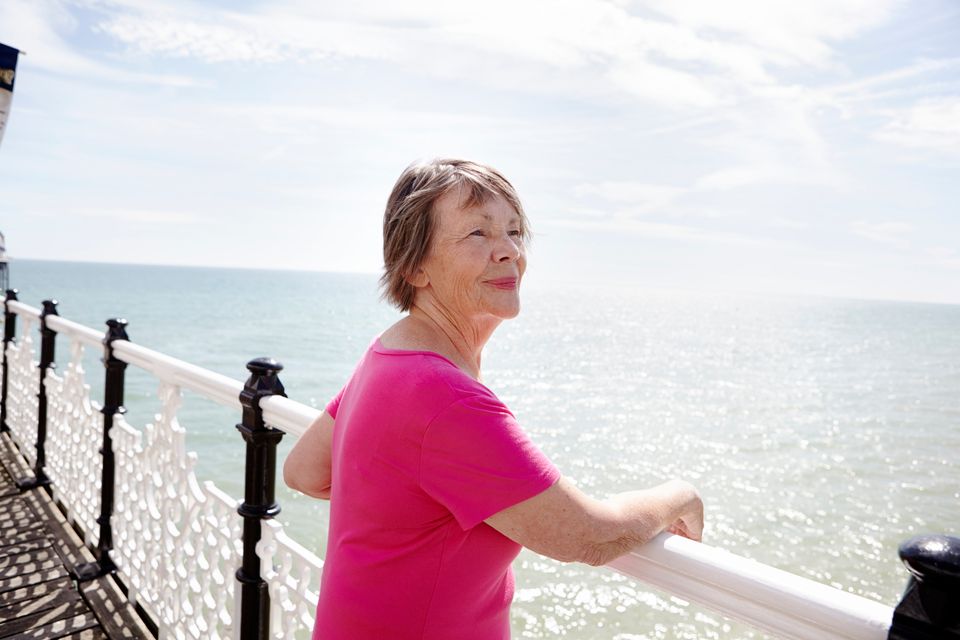 1 / 5
"Tomorrow will be better."
Johner Images via Getty Images