The exclamation point has taken over; we are all now faithful servants worshiping its structureless altar.

There was a shift that occurred somewhere in the late aughts; I first began to notice it around 2010.  People were becoming increasingly more liberal with their use of the exclamation point.  When it started, before it mutated, became cortex-resistant and mandatory, I thought the over-usage was a fad akin to ending emails with smiley faces creatively-crafted from colons and parentheses.

But this was not the case.

The usage began to expand, finding eager hosts, latching and becoming downright pervasive.  This was around 2012.

I thought it was the first signal of the downfall of the written word; I thought we were a half-step from burning books.  And even as the trend refused to fade, I was steadfast in my opposition and dismissive about its staying power.  The bubble would burst eventually right? It was just one of those things, an extending ebb that would eventually fall victim to its corresponding flow.

But the flow never came.

The ebb grew even larger, it sprouted a thick tuft of hair, and fangs.  It stomped from inbox-to-inbox and phone-to-phone with little disregard for syntax.

Before I knew it, nearly every email I received was adorned with the aforementioned mark of the beast.  For months, years even I refused to lower my shield and get in line. I, the last stubborn bastion of linguistic conservatism would not relent, ever.  But my resistance did little to quell the growth; it had already began to mutate into its second form: the appreciation mark.

The exclamation point has now been appropriated to signify simple enthusiasm. We are at a point in which a message topped with an exclamation point needs to be reciprocated by an equally exclamatory response.  It's a horrifying, self-feeding cycle.

In 2016, writing only, "thanks" basically means, "I don't give a shade of a sh*t." On its best day, it's a simple acknowledgment. The period is flat; its the bare minimum.  It doesn't dress up, it doesn't dance, it finalizes.  It's the nail in the wall from which the expanse of a sentence hangs.  Thanks!" or "Thanks so much!" are how we show appreciation now -- the more points, the more gracious.

And, faithful reader, I regret to inform you that I too have fallen victim, wholly and completely -- the virus has taken hold.  I feel it pulsing through my veins, a foreign invader intent on destroying my ability to construct intriguing prose.  It's over now; I've given up.  It's the classic story of the revolutionist who ended up being a cog in the very system he/she aimed to topple.

I text-exclaim far too often now. "Thanks" at the end of emails are more often then not accompanied by a !

It's only 1:00 in the afternoon; I'm only getting started and I'm terrified.

Where is this all heading?

When "Thanks!!" becomes the new "Thanks" what's next?

I think we know what's next; it's already here: 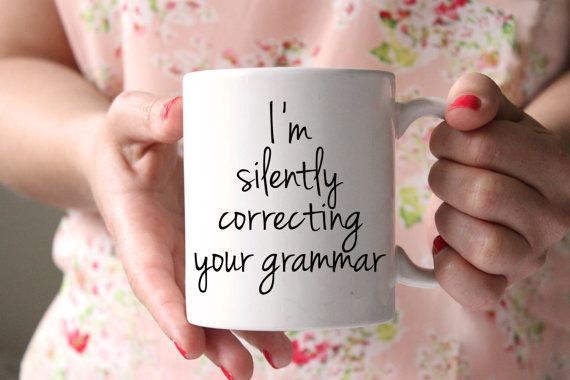