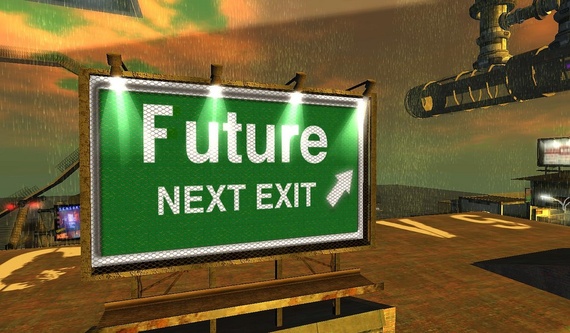 The transhumanism movement has been dramatically growing in size--and most of that growth is from millennials and youth joining. Transhumanists want to use science and technology to radically improve the human race, and the onslaught of new gear and gadgets to do that--like virtual reality, robots, and chip implants--are giving them plenty of ammunition to do that.

But what has caught many people off guard--including myself who probably best fits into the category: left-leaning Libertarian--is the amount of support transhumanists are giving to Bernie Sanders's presidential campaign. Historically, transhumanism (and its de facto home: Silicon Valley) has been Libertarian-minded--with a hands-off attitude towards the government, religion, and basically any authority trying to tell them what to do or how to innovate. But with the demographics of the transhumanism movement sharply changing from older academics and technologists to young people--especially those in college--the push towards more leftist and progressive-leaning ideas is strong. For many young transhumanists, they believe they have found an ideal in Sanders.

While I like the charisma of Sanders and his long standing devotion to the people--and that is enough for me to say he'd be a good president for change--the reality is capitalism is still a hallmark of the American way. For the next four and maybe even eight years, capitalism won't be going anywhere. Afterward, though, within 10-25 years, when robots, software, and AI really start dismantling capitalism as we know it (see my latest TechCrunch article and thoughts on a Universal Basic Income), it will be a totally different story.

Like it or not, millennials and youth obsess over this type of economy stuff--especially machines taking jobs. They know future employment statistics better than many 30-year veteran business executives running publicly traded companies. The dangerous truth is many young people know they likely won't have jobs in the future. And neither will most of the executives for that matter, since they too can (and will) be replaced by super intelligent machines programmed to make sound mathematical business decisions.

The reason the youth are attracted to Sanders is not only because his social policies give them more hope in a jobless world than the other candidates, but because they know he won't leave them behind in that brave new world.

I am not attempting to defend Sanders here. Honestly, I would prefer a leader who is more fiscally conservative, since I'm reluctant to pay higher taxes and put my trust in big government. Nor do I think Sanders can accomplish some of his policies--as wonderful and utopic as they may sound or be--without taking the country towards far higher debt. Like millions of other American entrepreneurs and property owners, I got a good whooping during the Great Recession in 2007, and while I managed to fully rebound, I have a very different opinion of debt since then.

I don't want to see America ever reach that level of recession again. And one sure way to make sure that doesn't happen is to manage the nation's debt better and more responsibly.

Despite this, Sanders is attractive and I can't help but love the enthusiasm he puts into rallying people for social causes and progressive change--many of which I believe in. I also like fact he's not a lawyer--we simply have too many lawyers in the US Government for our own good.

As I keep my finger on the pulse of the transhumanism movement, it's easy to tell across the hundreds of Facebook, Google+, and other social media communities that Sanders is a cherished figure. Whether Sanders would be good for transhumanism, innovation, and science as a whole is still to be seen, but the millennials and younger people decidedly seem to think so. And that says a lot about what young people are looking for in America in the 21st Century.