Building on the first half of the 10th annual Lennart Meri Conference, the latter half of the conference became increasingly lively and really forced the panelists and the audience to confront many additional realities that will affect states and policymakers.

A number of the panels and sessions touched on the themes of solidarity of alliances and obligation of the Western world to address international security concerns. The panels "NATO in Warsaw: Steeling the Alliance," "Russia's Wars," and "Europe Whole and Free: a Fading Dream?" have looked within the EU and NATO to identify critical friction points that may undermine the credibility and deterrence role of the alliances. The upcoming Warsaw Summit will be fraught with the alliance trying to decide how to deal with the NATO-Russia Founding Act with an increasingly aggressive Russia. Experts debated whether Russia and Putin are an existential threat to the West and how fear is the driving force behind Putin's policies. Here again we see the theme of the importance of Western and European powers' solidarity against Russia. Strategically, Russia may be attempting to fragment Europe and the West as the former may be too weak to confront a united Europe and will likely seek low cost-high impact interventions. The unequal view of how imminent of a threat Russia is will continue to plague the EU and NATO alliances as not all member countries have the same level of threat perception. 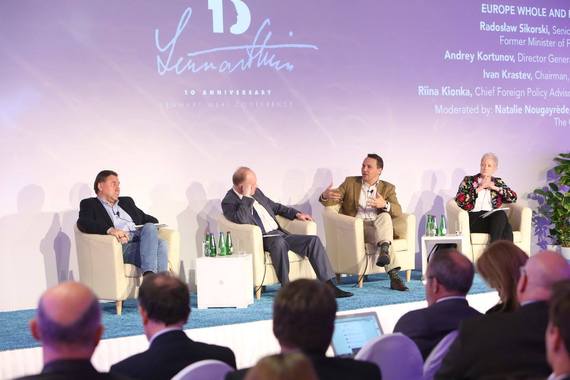 One boon for Russia is that the country is not divided internally and the Russian people appear to be willing to accept hardships, thereby allowing Putin to engage in any behavior that he wants. However, Russia has also created numerous enemies, which provides an opportunity that Europe and the Western world can exploit. Capitalizing on thinking outside of the box will become imperative to effective interaction with Russia. At the core of any effective strategic plan is a clear understanding of what is the goal, and this factor is unfortunately still quite elusive to Europe and the West.

Of international interest (or should we say entertainment?), is the American presidential elections. The McCain Institute organized a lively debate amongst the panelists who argued the impact on U.S. foreign policy under a republican and democratic president. Though no consensus was reached, most experts agreed that Trump would be unpredictable and his jingoism and promotion of isolationism will be detrimental to the U.S. and the West. 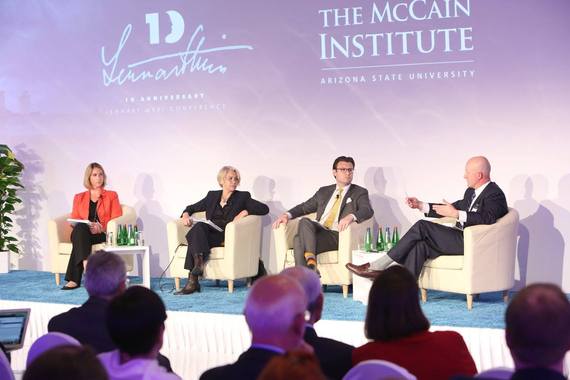 On the final day of the conference, participants and panelists grappled with international issues that are or have the potential to destabilize the world, including the conflict in Syria, global economic issues related to China, oil, and wars, as well as energy (in)security, nuclear deterrence, the digital revolution, and the conflict in the Caucasus. What we see in many of these conflicts is that the hands-off or limited engagement by the West with these global issues has created an even more unstable world. Worse yet is that Europe and the West are now forced to react to these issues rather than engaging with them proactively. Consistent commitment to dealing with these issue is crucial for the West to maintain internal cohesion and help create international stability and security. Can the West really fix all of these problems through effective leadership and solidarity? No, but it can't hurt to try.

On the first day of the conference, the Estonian President, Toomas Hendrik Ilves, stated that who knew that ten years later we would be wishing for the problems discussed at the first Lennart Meri Conference. Unfortunately, we do not have a time machine to go back to the glory days of 2006. In Marcus Aurelius' Meditations, the Roman emperor stated that "The impediment to action advances action. What stands in the way becomes the way." The issues that confront today's Western leaders are major impediments to a safe and prosperous Western world. However, we must work through these problems with commitment and vigor, together in strong partnerships in order to address the issues and insecurities the West currently faces. 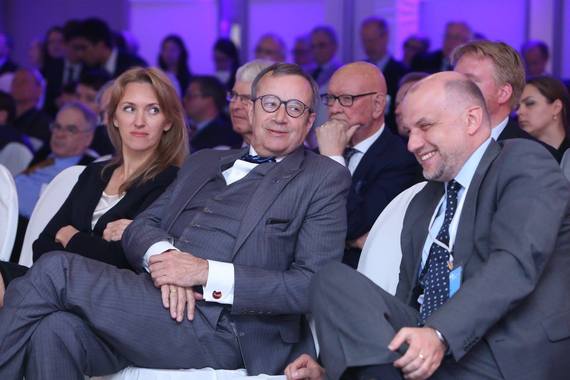 IF YOU COULDN'T ATTEND THE EVENT, YOU CAN WATCH THE 10TH ANNUAL LENNART MERI CONFERENCE PANELS HERE.