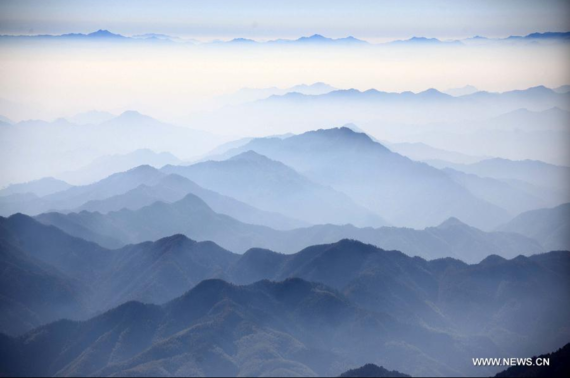 Annotation
In this passage, Mencius summarizes the argument of his rival, Gao Zi, and explains where he thinks Gao Zi is wrong. Gao Zi argued that what we cannot understand in words, we should not look for in our mind-heart. In other words, Gao Zi advised us to conform the inner experience of our mind-heart to what we have been told in words. In this sense, he also refuses to seek any mystical, indescribable experiences. He further argued that if we cannot find something in our mind-heart, we should also not seek it in our matter-energy (qi, 氣), which means our body in this context. Mencius slightly agrees with Gao Zi upon this latter point, but refuses to endorse the first. Through this passage and other related texts in the following, we can learn one concept which is of utmost importance for the Confucian meditation, Qi, and then understand Mencius's view about the relationship between words （言）, mind-heart （心）and body （體）.

Qi (氣) is one of the most difficult Chinese concepts to translate to English. The character for Qi was originally a pictogram,

 , representing how vapors and clouds rise in the air. Over time, the character for rice (米) was added, resulting in the transformed 氣, which is its current form in traditional Chinese. Why rice? It represents an intimate relationship between food and Qi. In traditional Chinese physiology, eating food is conceived of as digesting its Qi, which then supplements the Qi which constitutes the human body.

Qi also permeates the human mind. For example, if one is smart, he or she will be said to have "clever Qi" (靈氣); if one is angry, he or she will be described as "giving off Qi" (生氣). From a Neo-Confucian viewpoint, human mind-heart is considered to be made of Qi which is more refined, translucent, and sensitive than the Qi that makes up the human body. In this way, the distinction between mind-heart and body is only quantitative, rather than qualitative, since they are both made of the same thing. Even cultural products are thought of as being pervaded by Qi. For example, a good article is often characterized as being full of "literary Qi" (文氣).

So Qi is the basic "stuff" which pervades the entirety of the universe. It is both material and spiritual. In this sense, Qi is very similar to the ancient Greek idea "pneuma", the Hindu idea "prana", the Hebrew idea "ruah", and the Christian idea "spirit" in its doctrinal use of "Holy Spirit." An ambiguous boundary between materiality and spirituality is characteristic of all these ideas. Nevertheless, Qi is not "supernatural" because it does not refer to another utterly different domain from "nature". In the Confucian cosmology, all possible cosmic events take place in the one and only all-encompassing ontological domain, called Heaven.

More importantly, there are patterns and principles governing how Qi changes and becomes. These patterns and principles can be known, felt, and experienced by human beings. In this sense, any functioning of Qi is perfectly natural. One example of these pattern-principles (li, 理) governing the mechanism of Qi is that as mediated by Qi, the human mind-heart and the human body are intimately interrelated and they interact with each other. Once the human body is in a good physical condition, it will have a good effect on the human mind-heart. At the very least, a healthy body can facilitate our knowledge and feelings of the objective, moral, and aesthetic traits of realties. By the same token, once we have a correct understanding of all these traits and, as a result behave morally towards them, those behaviors will have a beneficial influence on our body and our body will become healthier. (This last sentence may seem mysterious to modern scientific-minded readers, but you will more understand and endorse it as we go along).

In short, Qi is both material and spiritual--and it is natural. The clustering of so many descriptors makes the translation of Qi into English very difficult. Literally, it could be translated as "breath," "vapor," "steam," or "air". A more philosophical translation could be "ether," "vital force," "life-power," "material-force," "matter-energy," "spiritual-matter-energy," or even "psycho-physical stuff" (Daniel Gardner). As with most Confucian concepts, there is virtually no way to find a single English word to cover all the important connotations of the original Chinese character. However, to efficiently transmit knowledge across cultures, I think it is still worthwhile to find such a single word. My own approach is to find one English word or phrase which is vague enough to convey the most important philosophical implications of the corresponding Confucian idea.

I chose the translation "matter-energy" for several reasons. First, the concept of "energy" in English is very vague--it could be used both materially and spiritually. Also, because it is referenced frequently in scientific contexts, it has the connotation of something natural (as opposed to supernatural). Secondly, "matter-energy" is a key concept in Einstein's theory of general relativity. Einstein's equation of matter and energy reveals a profound relationship between the two--specifically, matter-energy is presented as the "stuff" which pervades the entirety of the universe. In the scientific worldview, however, concepts such as "matter-energy" are mainly used as a mathematical tool to quantitatively measure and describe natural phenomena. Most scientists probably do not care about the ontological reference of these concepts, nor would they necessarily think about how the moral and aesthetic dimensions of realities described by these concepts are experienced by human beings.

By translating Qi into "matter-energy," I hope to remind my readers that in Confucian cosmology, Qi is the "stuff" that pervades the entirety of the universe. Qi may, in fact, be one of the most appropriate concepts in all of world religions to refer to the ontological foundation of Einstein's concept of "matter-energy."

Although I believe "matter-energy" is an appropriate translation, it cannot convey all of the important implications of the Confucian idea of Qi. No translation is perfect, however, and I encourage readers not to give the translation itself too much attention. Understanding the role of Qi correctly and thoroughly in the system of Confucian philosophy is more important than how the concept is translated into English.

One last caveat I need to say about the term Qi is that I put a simplified version of the Chinese character 气, rather than its traditional version 氣, in the Mencian phrase "浩然之气" (Oceanic Matter-Energy). I deliberately did this because as I explained above, the etymology of 气 is more original than its transformed 氣. More importantly, the pictogram of 气, the rising vapors and clouds in the air, connotes the cosmological dimension of Qi, and in the context of Confucian meditation, the highlight of this dimension is much needed.

(This "annotation" part will be continued in Introduction: Part III )