Learn this trivia "ASAP as possible."

The American version of "The Office" ran for nine seasons, won four primetime Emmy awards before it ended in 2013 and is still considered one of the greatest television comedies of all time. Michael Scott may have bought himself the mug for "World's Best Boss," but after all those awkward-cum-hilarious years he truly earned that title. It was simply the best show on paper ever.

In honor of John Krasinski's birthday (it's today, Oct. 20!) read on for five things you didn't know about "The Office." There may be no "bears, beets or 'Battlestar Galactica'" here, but there's definitely trivia. 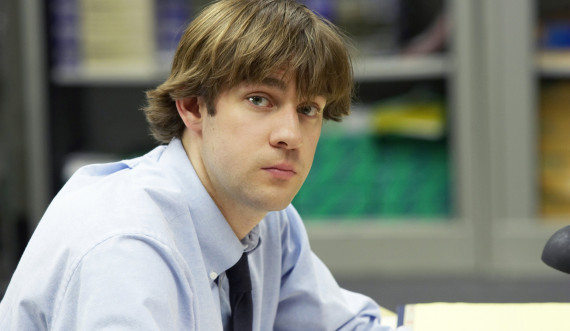 As John Krasinski recounted to Off Camera, the casting team originally wanted him to read for Dwight Schrute. But Krasinski felt Jim would be a better fit and told his manager to relay that to the casting directors. Their response: Kransinki could "shove it up his ass" because "this dude's done nothing, he's lucky to be coming in."

When Krasinski was eventually called to read for Jim, after the casting team hadn't found anyone else, he had a major foot-in-mouth moment prior to the audition:

This guy sits in front of me with his salad and people are coming in and out and he goes, "Are you nervous?" And I was like, "You know, not really. You either get these things or you don't. But what I'm really nervous about is this show. It's just I love the British show so much and Americans have a tendency to just really screw these opportunities up. I just don't know how I'll live with myself if they screw this show up and ruin it for me." And he's like, "My name's Greg Daniels, I'm the Executive Producer." And I was like [vomit noise]. I actually threw up in my mouth.

When Krasinski finally went into the room, everyone was laughing at him for the mistake he'd just made and they asked Daniels, "Is this the jackass that told you the show was going to be ruined? Go for it kid!" Luckily, despite all of these missteps, Krasinski killed the audition anyway and got the role of Jim. 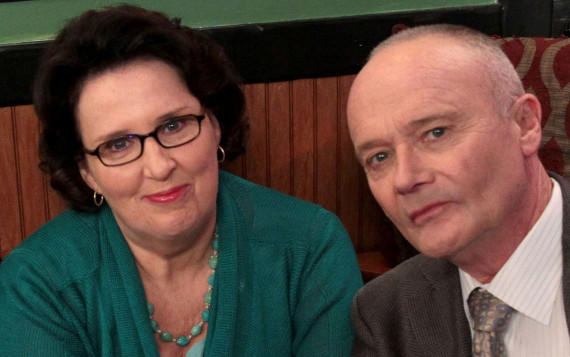 The character of Creed Bratton is actually loosely based off the real actor. The most notable example is that they both played in a rock band from the '60s called The Grass Roots. In real life, The Grass Roots have sold over 20 million albums worldwide and have had two gold albums. Bratton played lead guitar.

The character of Phyllis is actually named after Smith as she was on the casting team for the pilot and after reading a few script lines, the rest of the team ended up writing her into the show.

After "The Office" ended, Jenna Fischer said the cast took a few mementos. She kept the engagement ring and even claimed that she refuses to take it off.

In "The Office," Jim tells the camera crew that he bought an engagement ring for Pam one week after they started dating. Jim apparently made around $70,000 a year in his sales job. Assuming that he didn't follow Michael Scott's ring-buying logic ("Yeah, well, you know what they say -– three years' salary") and instead spent close to the more standard three months' salary, that may mean Pam's ring cost $17,500. (But it's probably just a prop.) 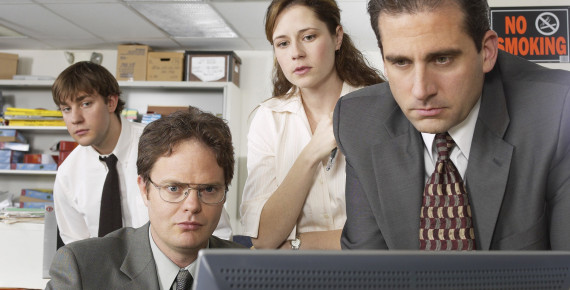 According to Dunderpedia, a fansite for "The Office," the computers on set were actually connected to the Internet. If you saw an actor in the background "doing work," they were probably just messing around online.

For the first season, the show was filmed in an actual office building in Culver City, California, which might help explain the working Internet connection, at least in the beginning.

The computers weren't the only machines in "The Office" that have a fun fact. The copy machine was supposed to be spun off onto "Parks and Recreation" as a variation on the standard spinoff format. The machine would be taken from "The Office," shipped across the country and opened in Pawnee, Indiana, to link the two stories. This didn't end up happening, and "Parks and Recreation" entered its own universe despite having a similar mockumentary style.

Steve Carell almost didn't even get to play Michael Scott. Originally, he was tied to a different NBC show called "Come to Papa," which -- thankfully -- tanked, causing Carell to be released from his contract. After he got the role on "The Office," Carell still was a relative unknown, so advertising didn't center around him and show was even almost canceled due to low ratings. Then "The 40-Year-Old Virgin" came out, Carell became a superstar and the show took off.

The 2007 writers' strike also helped: "The Office" was brought to a halt during the strike, partly because its star, Carell, who is a member of the WGA, refused to cross the picket lines and go to work. According to legend, he even called in sick and gave the excuse of having "enlarged balls." For what it's worth, Mike Schur ended up saying the line wasn't true and Carell later claimed it was exaggerated, explaining what it was like to join the strike:

Yeah, it was a little scary. But I just did what I thought was the right thing to do. It gave me a chance to grow a beard for a while, which is always fun ... That was attributed to me, but I never said it. I wish I had said it, but it’s far too clever for me to have come up with on my own.

Even if the story got out of hand, Carell's actions during the strike are still highly praised -- The Wire even called him "a living saint." The journey from "one of the worst-testing pilots ever," as Rainn Wilson has claimed, to making us all Scrantonians, really couldn't have happened without Carell, truly the "World's Best Boss."

Dunder Mifflin was fully embraced by the Scranton Chamber of Commerce as the fictional paper company became a real-life member of the Chamber. The town received massive exposure from "The Office" as not only was the show set there, many locations and businesses were actually mentioned in the show, such as Poor Richard's Pub.

Unfortunately, there isn't actually a Chili's, Michael Scott's favorite restaurant, in Scranton, but there is one in a neighboring town half an hour away.

"The Office" Wrap Party In Scranton