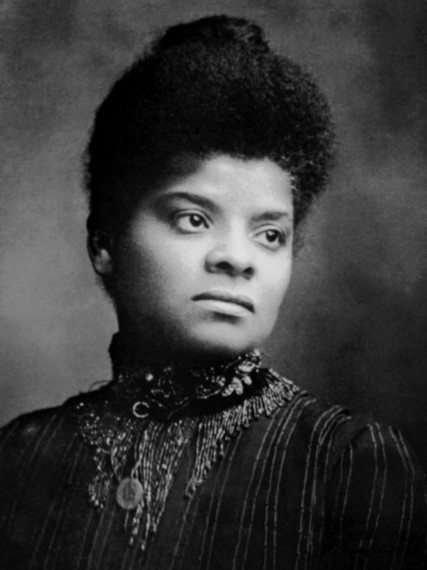 On Wednesday, March 23, legislators in the state of North Carolina called an emergency session to discuss House Bill 2, the "Public Facilities Privacy and Security Act." Within twelve short hours, the bill passed both House and Senate and made its way to Governor Pat McCrory's desk where it was signed immediately. The "emergency" that prompted this rapid trajectory of events was an antidiscrimination ordinance passed by the city of Charlotte, NC in February of 2016. This local ordinance prohibited businesses from discriminating on the basis of sexual orientation or gender identity and required transgender people be allowed to use public bathrooms of their choice. With remarkable swiftness and frightening intent, North Carolina state legislators responded by overturning Charlotte's ordinance and imposing draconian anti-LGBT measures. Far more sweeping in scope than related "religious freedom" bills that emerged last year in states like Indiana and Arkansas, North Carolina's law rolls back civil rights protections across the board by effectively prohibiting any municipal efforts to curtail discrimination.

The particular logic that undergirds HB2 is a myth. The core fear that fuels this law is that women and children will be raped and molested in public restrooms if transgender people are allowed to use the bathrooms of their choice. Supporters of the law believe it is a necessary measure to protect a vulnerable female population from sexual violence. They argue that ordinances like the one passed in Charlotte will provide predatory men with unprecedented access to the bodies of women and children by allowing them to pose as women in order to breach the cis-gendered ordering of public restrooms.

This logic has a very long history; the recent deployment of such ideas in North Carolina did not emerge out of thin air. In fact, looking at HB2 from a historical perspective allows us to see North Carolina's recent rash actions as a tragic revival of some of the darkest political traditions in American history. Historically, the rhetoric of protecting women has never been about actually protecting women. Over the course of several centuries, accusations of rape and sexual assault were believed to have been variously used to undermine and negate the social and political advances of minority groups. When certain sectors of American society have felt threatened by racial, cultural, or sexual minorities - particularly ones that seem on the cusp of achieving real civil equality - they fought back with accusations of rape and sexual violence. It has always been little more than an emotional ploy to enforce a regressive social policy.

North Carolina's transparent efforts to foment anxiety about the physical and sexual safety of women and children reflect ideas as old as our nation's founding. As Americans turned their gaze West after the Revolution, the protection of women and children provided the foundational logic of settler colonialism. Demands for the physical and sexual safety of women and children provided the emotional catalyst for American offenses against native Indian enemies. Eighteenth-century newspapers regaled the reading public with tales of horrors enacted upon the bodies of Anglo-American women and children by native marauders. Such language and imagery demonized and dehumanized Indian populations and justified ruthless, retaliatory violence against native people. Daniel Boone himself referred to Indian men as "ravagers" when he narrated his story to John Filson in 1784, alluding to the predatory desires of native men for sexually vulnerable Anglo-American women. While historians have illustrated how such tales were rooted in fiction, these associations compelled white men to the defense of American households and the dependent, female innocents within. The language of female protection became of the language of war and, ultimately, justified and celebrated the slaughter of native men, women, and children.

North Carolina's current campaign to "protect women and children" from the imagined predation of LGBT people can also trace its genealogy to the nineteenth century. In many ways, the fears of rape perpetuated by anti-LGBT crusaders are just the most recent incarnation of what the nineteenth-century journalist Ida B. Wells called "the old threadbare lie." In the decades following the Civil War, Wells, a pioneering writer and anti-lynching campaigner, publicly challenged the myth that white women needed protection from sexually rapacious black men. During the late nineteenth century, whites justified the lynching of blacks in the name of avenging sexual assaults against white women. This fiction about the sexual vulnerability of white women and the predatory inclinations of black men justified and perpetuated unspeakable horrors and barbaric violence. Through her exhaustive investigative research, Wells found that the lynching of black men for the alleged rape of white women had no basis in fact. Rather, she argued, the violence unleashed in the name of protecting white women served to legitimize the savage enforcement of social control, white supremacy, and patriarchal authority.

In the early twentieth century, this same rhetoric of vulnerable womanhood was mobilized in the name of white supremacy. It was marshaled to secure separate public facilities for black and white and rallied to excuse and defend racial violence. In the 1920s, it created what historian Nancy MacLean refers to as a "mask of chivalry" - a broad appeal to an early version of "family values" politics - that gave rise of the second Klu Klux Klan. In the rapidly changing decades of the early twentieth century, the Klan mobilized millions of rank and file members by calling for the chivalrous protection of white women and children against the perceived threats of a modernizing world. They made direct links between black voting rights and rape, claiming that the franchise would politically sanction black men's insatiable lust for white women. Such calls set loose forces of domestic terrorism onto racial, religious, and foreign minorities in order to brutally and violently suppress the rising tides of African American equality, women's rights, and foreign immigration.

While North Carolina's new anti-LGBT law is the product of a contemporary political moment, the basic argument at its core speaks to a very old and very insidious historical narrative. It demonizes a marginalized group and punishes their growing social and political visibility by labeling them sexual predators. This characterization, in turn, justifies their persecution and legitimizes their victimization. We have been here before. Such fictions have long been used as powerful arguments against the forces of racial progress. They are now being deployed to combat gay and transgender equality. The myths perpetuated by legislators in Raleigh serve the same nefarious purposes that they have for centuries. And the lies at the heart of HB2 are as threadbare as those we have seen before.