Glastonbury Tor, the rocky outcropping rising from southwest England's Somerset Levels, is soaking up the international spotlight thanks to being the most prominent part of the set for the opening ceremony of the London Olympics.

Though the Tor -- the word is Celtic for hillock -- is a well known destination for Brits, who hike up it to visit St. Michael's Tower, which crowns its crest, it is likely unknown to foreigners.

The Tor's most notable feature -- tower aside -- is its reputation: This hump in the see of fields has been associated not only with Authurian legend, in which it is said to sit atop an underworld kingdom, but with all sorts of stories about fairies, saints and the like. The mysterious terraces on the side of the Tor are said to be a neolithic labyrinth.

As for the tower, it is a fairly modern addition. Though a fort has sat atop the Tor since roughly the 5th century, St. Michael's Tower was built in the 15th century. Today it looks weathered but majestic, a combination that makes it popular with photographers and, apparently, film directors organizing Olympic Ceremonies.

The Tor presides over the faux countryside in the set mock up shown off earlier this week by director Danny Boyle.

As the Opening Ceremony set shows, the area around the tower is rustic bordering on cliched. Even though it is a mere two and a half hours from London, this is the sort of place where walking sticks are considered as de rigeur as cable-knit sweaters made from local wool, of which there is a great deal.

After the British media announced the Tor's starring role in the opening ceremony, Glastonbury Councillor Alan Gloak requested that the London Organizing Committee of the Olympic and Paralympic Games allow some of the region's sheep to participate in the event according to local reports. In a decision that mirrored the Chinese use of a beautiful young lip syncer during the Beijing ceremony, the Committee denied the request. 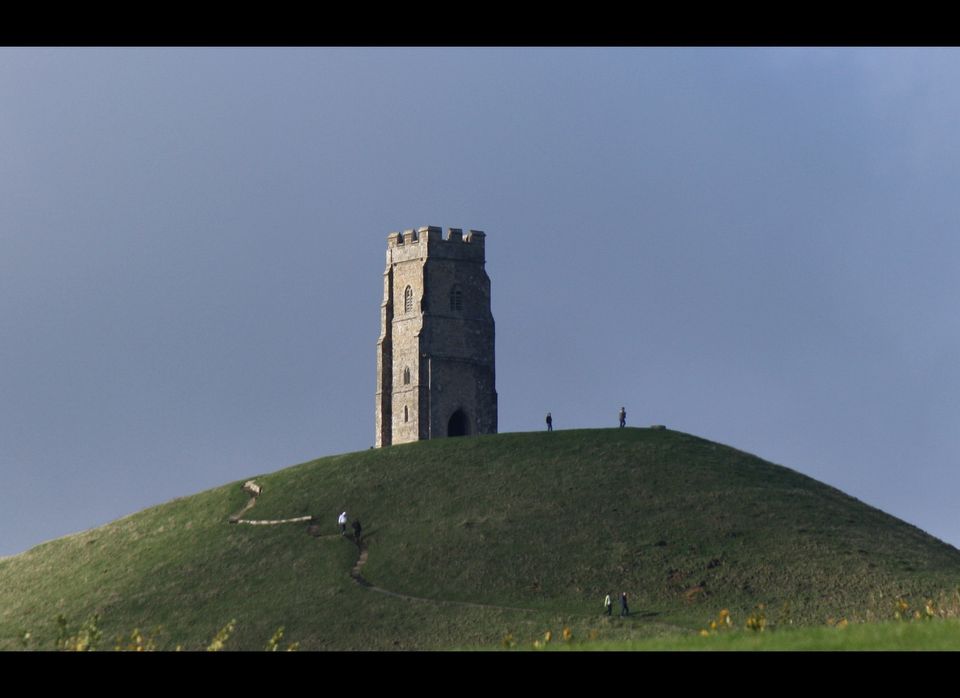