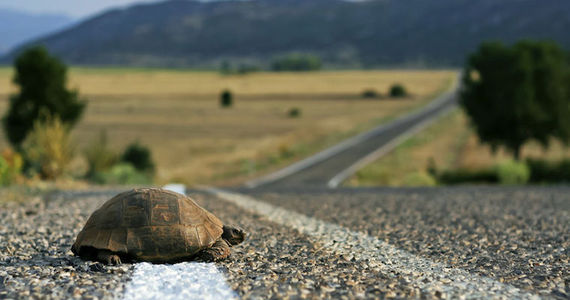 There is fear in the air and drama after the daily stand-up meeting. People avoid making eye contact as they pass in the halls. The tension is palpable. Your mind reels, wondering what just happened.

So, what do you do? If you are like most people, you put your head down too and focus on delivering your part of that week's sprint. Hopefully you will not get swept up in whatever just unfolded. Better to mind your own business rather than get involved, you think.

We all do it from time to time. We choose the safe option -- maintaining the status quo -- because we want to stay out of trouble and we do not want to risk the unknown. But while staying out of other people's problems makes sense in some situations, studies show that a status quo bias can be a real danger in business.

A preference for the familiar can stifle collaboration. It hurts innovation and hinders growth -- for both you and the business.

Leaders must be vigilant in identifying obstacles to success. And it is your job to spot those who are operating within a status quo bias -- and to help them overcome this tendency to favor the same old, same old. And that often means getting involved, even when it's messy.

Here are some practical ways that you can combat a status quo bias in your team:

Jump in
It is your job to catch sight of when your team may be falling back on lazy thinking patterns or showing resistance to new ideas. But before you can become a catalyst for change, you have to be willing to wade into the discussion and start stirring things up. This is not just important for agile teams, but for all companies.

Dig deeper
Look out for the root cause, such as turf issues or self-protective behavior. For example, one strong-willed team member may loudly object to the notion of change while others stay silent, too afraid to speak up. It is up to you to explore this dynamic and uncover what is really going on.

Ask "why not?"
Playing devil's advocate will prompt your team to recognize when they are waffling on their decision-making and consider what is truly holding them back. It also helps uncover irrational fears. Ask why not -- and what would it take to change their mind? Putting resistance into words is a big step towards avoiding the easier route.

Eliminate safety nets
If the team is really stuck on the safe choice, try removing it completely. While this may temporarily rattle the group, it will force them to give a fair shot to alternatives. But be prepared for pushback and healthy debate, and be willing to support that rocky ride of change all the way through.

The status quo may feel like the sensible choice to some people. But often the biggest risk in business is not taking one at all.

Innovation requires that you consciously rise above the seductive safety of the status quo and embrace the unknown -- and all of its possibilities. With your leadership and encouragement, your team can buck the status quo.

At times pushing for change may feel dangerous, even audacious -- but that is what leads to progress.

How do you push beyond the status quo?