Last week I told my therapist that even though I'm too busy, I continue to say yes to new responsibilities. In my head, I mean nope -- but I say okay, because I feel on the spot. I panic. Every time. 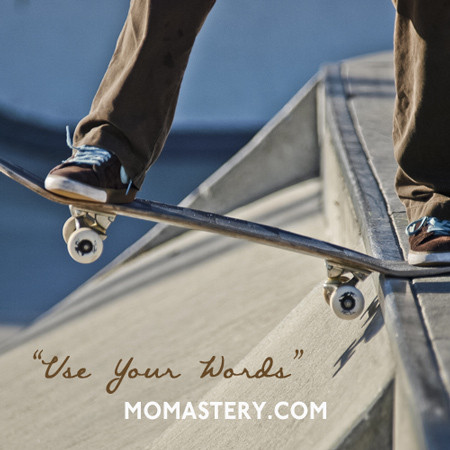 She and I talked about how in the absence of a plan, even intelligent humans don't know what to say under pressure. We aren't great at thinking fast -- at considering all the consequences of our decisions in the midst of a loaded moment. When put on the spot, we tend to say whatever we think will please the other person, even if it means going against what we know is right for us. So together we decided to create a non-committal response that I could pull out and use -- as a space saver, a time buyer -- whenever a new request was made of me. We needed a phrase that would allow the pivotal moment to pass smoothly kwithout making me feel compromised or the other person feel rejected. Together we decided on: "Thank you so much for considering me. Let me think about that and I'll get back to you." I've said this seven million times during the past week. Even when my kids ask for breakfast. I feel drunk with time-buying power.

Yesterday I was on the phone with a friend whose teen daughter is one of my favorite people on Earth. My friend was beside herself because her precious girl had come home drunk the night before. My friend wailed to me: "How many hours have we spent talking about alcohol during the past decade? And the first time she's offered beer, she takes it. She TAKES IT!" I said: "Crap. What was her excuse for taking it?" My friend said: "All she could come up with is: 'Mom -- I DIDN'T WANT TO SAY YES -- BUT I DIDN'T KNOW WHAT ELSE TO SAY.'" My friend thought this excuse was a load of crap. I wasn't certain about that. It sounded quite familiar to me.

You know, Just Say No sounds good in theory. But it implies that saying no is as easy as saying yes. It's just not. In practice, saying no begs an explanation and saying yes doesn't. Just Saying No makes for an awkward moment, which makes it an unhelpful suggestion to teens (and people pleasers like me) who often care about avoiding awkwardness even more than they care about their own well-being.

My friend and I talked about this fact: Yes, we spend hours talking to our kids about WHY to say No, but we don't tell them HOW to say no. When they are put on the spot -- they don't have hours to explain their decisions to their peers. They have a split second. And while our teens and 'tweens want to make the right decisions, they often want to avoid awkwardness even more. In the absence of a plan, they'll likely default to yes. Just like we so often do. Maybe they're not saying yes because they want to rebel -- maybe they really do say yes because they don't know what else to say. They need help knowing, preparing. That is where we come in.

When our babies are little, we help them understand and navigate their world by giving them language. We point and name: "Look. A Bird! A BLUE BIRD!" Then we help them make sense of who they are in relationships to others by modeling appropriate communication. "Say hello to Mrs. White, Jimmy. Hello, Mrs. White!" When our kids become adolescents, their world changes so much that sometimes it feels to them that they've landed on a new planet. They are babies in this new complicated world of teen-dom. And so we need to start over, because a more complicated world calls for a more complicated language. We need to point and label: "Look. A Beer! A whole keg of beer!" And we need to model the new language they'll need to find their way. If we want teens to use their words -- we've got to provide some words for them that they can keep in their back pocket and pull out at the right moment. Because we've taught them how to get along with others, but now we need to teach them how to get along with others while also taking care of themselves. On their OWN. That's new.

So my husband and I sat down with our 'tween and we talked about how he was going to be put in LOTS of awkward situations in the coming years. We told him that being a teen can feel like one long experience in being put on the spot. We told him that he was going to be asked to make big, important decisions under intense pressure and even though his heart and brain are huge, he's human -- and humans make bad, people-pleasing, status-quo-keeping decisions under pressure. We told him that he'll find himself in situations in which his heart will be screaming NO but his head and voice will have a hard time keeping up. We told him that things aren't all good or all bad. For example, a GOOD, KIND, WONDERFUL friend could ask him to make a BAD, DANGEROUS decision. Sometimes it can seem to us like the best idea to keep peace and keep our friendship is just to say yes and hope for the best. But we talked about how wisdom is knowing that peacekeeping and peace making are two different things. We talked about how people pleasing is often a human weakness, and how wisdom is making a plan in advance to work with our weaknesses.

So the three of us dreamed up inevitable awkward situations, and together we thought of sentences he could say that would buy him time but not alienate him from his friends or make anyone feel like he was judging them. We also tried to weave in humor to make sure his responses would be in keeping with his personality.

Here are some we decided upon together:

When you notice a lonely kid: Hey! Here's a seat for you. Come join us.

When someone offers you a beer: No thanks. My family's genes and alcohol don't mix well. Can't risk it. (This was how he felt comfortable explaining that alcoholism runs rampant in our family and makes drinking even riskier for Chase than for the average bear.)

When someone offers you weed: My mom used to smoke pot when she was younger and now she can smell it from a mile away. She checks my clothes every night. Can't do it, man. (That's the one that won, but I liked: HEY! How about we put down these joints and go volunteer at the dog shelter! He liked the first one. Whatever, his show.)

When someone starts texting while driving: Hey, I just saw a movie about a kid who got killed because he was texting and driving. I don't want you to get killed because I plan to ask you for many, many rides in the future. Pull over if you need to text -- I'm not in a hurry.

You find yourself in a sexual situation you'd prefer not to be in: Hey, I like you too much for this to go down this way.

A kid is being teased by another kid in the hallway: Hey. I don't want anybody to get in trouble here. Why don't you follow me out of here? I'll walk you to class.

Someone is about to drink and drive: Don't risk it, man. My dad'll get us home -- no questions asked. He'd rather pick us up here than in jail.

I don't know if my 'tween will use these life preservers we made together. But when that moment comes he will know that they're available if he wants to save himself. And when he leaves the house in the evening and I say to him, just like when he was two, Use your words tonight -- I know he'll have words to use. 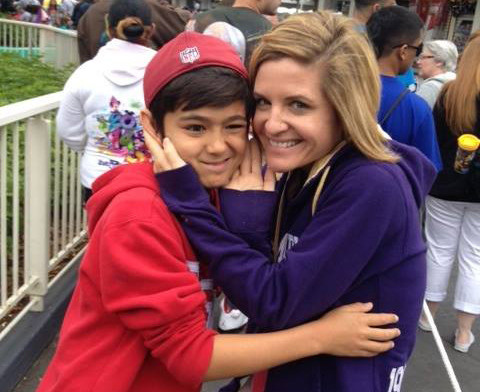 More:
how to say noParentsmomasteryteenagersparents-teens