Born in 1983 in Cairo, Egypt, I was my parents' first child. By the age of five, I was really jealous of two people: Yuri Gagarin and Dr. Sayed Sallam, my old man,

Surgeon by day, musician by night, my father was my hero. He played more than nine instruments. He was a singer as well, and so was my mom. In fact, she was the lead singer of one of the biggest bands in Egypt in the '70s, El-Jets. Later, she became a camerawoman at Egyptian television.

As a kid, I wanted to go to space. That was my 'little dream.' I've always wanted to fly high in the sky and was always asking, "Why do we have other planets? What's the purpose if there's no one there?"

But because music was a big thing in our house, my parents decided I would join Conservatoire. They saw a little musician in me. I still remember the day of the test. I was nervous and the lady wore sunglasses indoors. That scared me, but I did well. And she asked, "Which instrument do you want to play?" I told her the piano, and she said, "No! Your slim fingers will be perfect for the violin."

I became a promising classical violinist by the age of 10. Two years later I joined the orchestra, and then I became leader of the orchestra. Glamorous, neat, classy, we toured everywhere playing classical music in opera houses. I loved it, but with every concert my "little dream" was fading away without me even realizing.

I didn't see them that day. I was asleep when they left in the morning, and I wasn't near the phone when they called. Suddenly, I'm not 17 anymore, and now I had only two things left in my life -- my brother and my violin.

Fast forward 13 years, after trying many jobs working for many companies, playing basketball for two clubs and the national team of Egypt. I woke up one day and decided that because I'll live only once, I have to do what my heart wants the most. And I better do something about it.

"Hidden treasures are meant to be found." That's my motto in life.

I found Mars One when I was 30 and I instantly knew, this is it! They gave me a chance. They gave me hope. They basically told me, "Hey, it's not too late." And suddenly my "little dream" was in total control of my life again.

It's what I live for now. It's why I read and devour books.

There's a chance I might leave Earth, never come back again, and leave everything behind.

Well, not everything. Because if I could take only one thing with me to Mars to remind me of it all, it would be my old German violin. 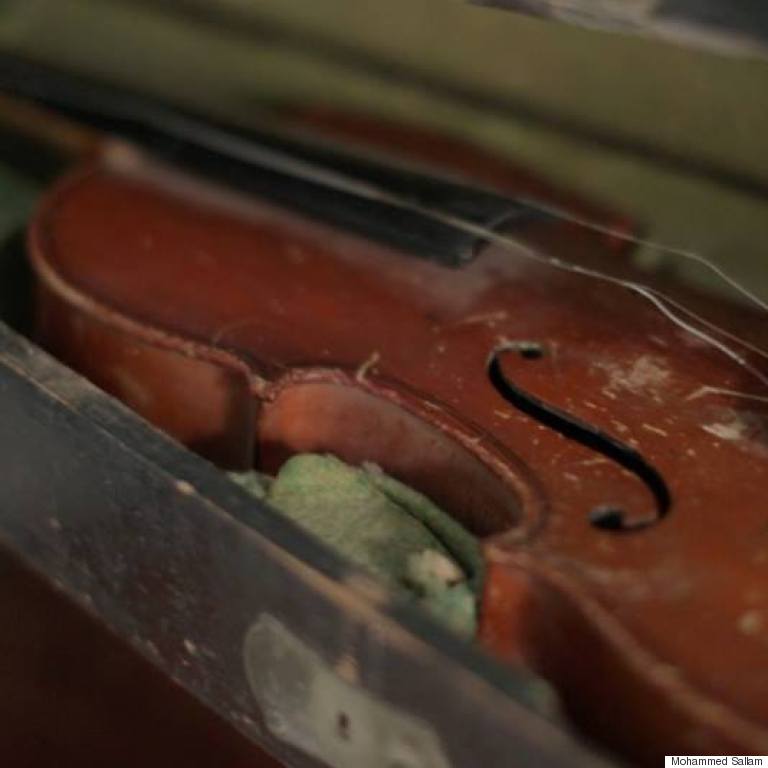