The Lonely Hour, a podcast created by Julia Bainbridge, explores the concept of loneliness through discussions with featured guests who tell stories of their own experience with feeling alone. In between seasons, Bainbridge commissions essays from other writers on the topic, like this piece on hooded clothing below. 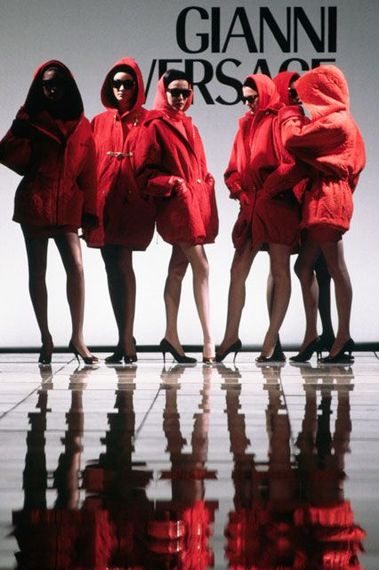 1. As soon as I could speak, one of my frequent refrains, uttered when sweet older women would ask to peek into my stroller was, "Don't see me, lady!"

2. My first pet was a snail, but what I really wanted was a turtle.

3. It wasn't until I was in my thirties that I experienced loneliness while being alone. It was fleeting.

Poet Jim Harrison said that all people disappear. He "disappeared" at the end of March. I assume that's what he meant by that quote, that we all die eventually. But to disappear in life? To be alive and seen by no one?

The first time I wished I had that power, I was in eighth grade, and I spent the next few years coming up with ways to achieve it. I knew I couldn't "disapparate" or anything; I just wanted to figure out how to go unnoticed while observing everything. To hide in plain sight.

I've always liked to read people like they're characters in a novel, watching them interact to figure out what makes them tick or what their agendas are, but there's more to it. Eighth grade was also, not coincidentally, the year I was bullied by my three supposed best friends, all named Jessica. It was like the movie Heathers, except the Jessicas weren't particularly pretty or popular, and I went to a small, cliquey, all-girls prep school, so I had no Christian Slater to help me exact revenge. My only option was to make new friends, which, at that age, in those circumstances, wasn't very easy, especially after the Jessicas started a movement to get one third of our grade to stop speaking to me. (I still have no idea why any of it happened. Probably because I wasn't named Jessica.)

So began my mistrust of people.

Luckily, I've always enjoyed my own company. As a little girl, when left to my own devices, I'd invent characters to interview in my head. You could send me to my room and, as long as I had my record player (or, later, cassette player), I could listen to music and sing for hours. Once I learned how to read, I'd happily get lost in the pages of books, taking breaks for daydreams. So when the Jessicas tried to rip me to shreds and got our classmates to ignore me, being alone wasn't so bad. I did that for a while and then finally forged ahead, making some new friends. I even forgave the Jessicas eventually. But I still feel most at home when I'm alone. And when I pull a hood over my head, I am, in less than a second, all by myself.

One of my most prized clothing items is a chocolate brown, hooded sweater dress made by Gary Graham. I wear it as many times as I can each winter -- even when other people might consider it too casual -- because it's equipped with an escape hatch. When that hood is down, there's a security blanket factor to feeling it on my back, hanging off my neck. I like how it drapes, the slouchy elegance of its soft arc. And I like knowing I can pull it up if I need to.

As long as I have a hood, I feel sheltered -- cozy, comfortable, comforted, secure, or, like the thesaurus' two distinct connotations of the word, "protected" and "secluded." It gives me a sense of safety within the outside world, whatever that looks like. 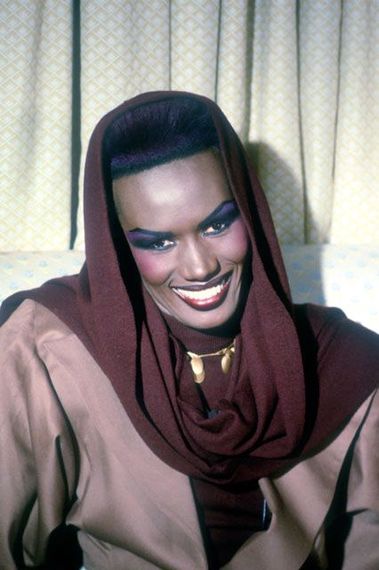 Do you like to swim? To be underwater, sealed off from anything going on above the surface? I do. It calms, clears, energizes, and focuses my mind, which is what I assume happens when people who meditate "get it right." (I wouldn't know. It's never worked for me. Instead, I swim.) I used to do laps twice a week, for an hour at a time. I'd touch one wall, push off and glide through that whoosh of momentum, then propel myself forward until I got to the other wall. Back and forth like that, over and over. It's like being in a cocoon. Do you know what I'm talking about?

When I put my hood up, it may not stimulate the same sensory responses, but psychologically, for whatever reason, it has that effect of collapsing the internal and external. The hood becomes the extension of my head, and everything under that fabric, my reality. It's like being curled up inside my own brain.

I had been traveling to that place -- my cortical hammock -- without sartorial assistance for years. Walking down the streets of New York City, an activity I enjoy almost as much as swimming, I rarely see people I know waving at me until they're right up in my face. I've got some kind of imaginary scrim up that makes everyone look fuzzy. Wandering inside my head as I walk, I find songs playing, whether they're piped through headphones or lodged into folds in my brain and pulled out at unexpected moments. Out on a mission, a stolen car mission/Had a little problem with the transmission. There are problems in the process of being solved, some my friends' (should he quit his job? Where should she take her out-of-town maybe-boyfriend for dinner and why does he continue to insist on staying at a hotel? How should he deal with getting squeezed out by his business partners who are possibly engaged in illegal misconduct? Where should she pitch her story?); some my own (what if I think that story is lame but know how easily she will get it published? Is there a better way for her to do it? Yes. Should I tell her? Isn't that HER job? Yes, I should stop doing her homework for her, but I enjoy doing it too much. I will try to stop. Why is my infuriating crush still unable to shit or get off the pot? Is it my fault? No. He is heartbreakingly sucky. I should find a new crush. I will focus on that, yes. But I can't quit him. Why? Get it together. No crying on the street. I'll think about it tomorrow.); some bigger than myself (How can freelance writers form a more perfect un-unionized union so people will stop exploiting us? Isn't it odd that Donald Trump has gotten as far as he has in this election? It's surprising no one has found a way to take him out. How would you do it? Blackmail? Assassination? Who would do it? The FBI? The CIA? Is there maybe a B613 like on Scandal? Probably. Someone, somewhere is plotting.); and some completely random (Someone needs to write a version of Lean In for creative types. Does the word "corny" have anything to do with corn? Has anyone tried making hot-honey gelato? The hot-honey people should start doing specific types of honey and matching them with specific types of chili peppers. Has that happened yet? Probably. What will be the next tahini? Is it tamarind? Is there such a thing as sesame milk? That would be so good in my matcha latte. Instead of a story on how Middle Eastern food is trending, can someone write a story about WHY it's trending and how that happened and the fact that all these chefs are going to Israel on sponsored trips? No one will assign that story. Have chefs started leading tours to their foreign regions of expertise yet? Not cruises. But if Yotam Ottolenghi and Sami Tamimi were to organize a trip to see THEIR Jerusalem, that would be great. This is probably happening already, too.) Are you ready for this action/Does it give you satisfaction/Are you hip to what I'm sayin'/If you are then let's start swayin'. This may seem exhausting to you, but I enjoy most of it immensely.

So, yes, I can get into hood-mode hoodless, but I prefer to do it with the proper equipment. 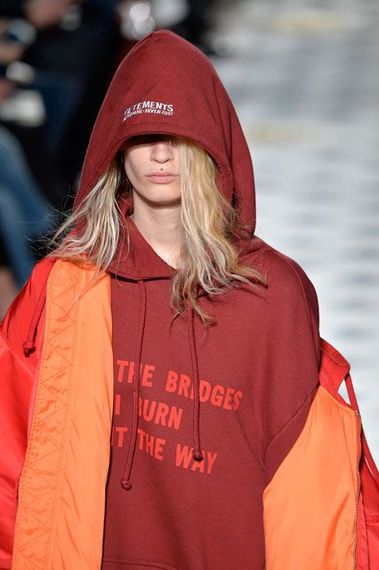 The first time I read about Harry Potter's cloak of invisibility I felt the sleeve-tug of want. An anonymous Christmas gift from Secret Santa Dumbledore, it had belonged to James Potter, Harry's deceased father, who had used it to sneak into the kitchens of Hogwarts to swipe snacks. The garment had nothing to recommend it aesthetically; it was no remarkable example of workmanship or tailoring. Its assets were unseeable to the most discerning eye. That was the point. Any person or object under its coverage became invisible.

In hindsight, though, I've decided the hood of Obi-Wan Kenobi's cloak is the one against which all others should be judged. It forms that perfect inverted turnip shape around the face, softening features while contouring them. That mysterious, swallowing hood shaded his cheekbones with the necessary chiaroscuro in Star Wars: Episode VI -- Return of the Jedi. (Women seeking flattering, dimmed lighting should pay attention and consider Obi-Wan's cloak a wardrobe essential.)

As far as wearers of cloaks go, no one carries a hood like Grace Jones. Designers like Donatella Versace and pop stars like Miley Cyrus have drawn inspiration from the singer, whose heyday was in the early 1980s and is still performing at the age of 67. Jones wore dresses with hoods, jumpsuits with hoods, Halston hoods, Alaïa hoods -- she even cited the hood as one of her trademarks along with sunglasses and her four-color painted lips. Those three things she used to stand out and identify herself to the world were also masking devices. In her book, Jones writes about the dangers of achieving real, lasting fame: "Once you have the attention, once people know your name and think they have you figured out, that's when the work really begins...How do you maintain the momentum, how do you develop yourself, how to keep from drowning in it all. From disappearing." She's talking about the fear of losing herself, not of becoming irrelevant, and I see her reflectively glossy painted lips, her dark, impenetrable eyewear, and her hoods as performative props that allowed her to control how much -- or little -- of herself she showed the world. She used them to ensure she'd still have a self to disappear into.

I have always admired Grace Jones for being a strong woman and for what she represents as a pop-cultural icon: She's a Jamaican-born disco queen who refuses to try to look like or be anyone else. I can't be anyone other than myself, either, which means you're never going to see me strutting my stuff with a neon silken hood cascading around my face. Camouflage and guerrilla tactics are more my speed. For me, wearing a hood lets people know that I'd like to be left alone. I don't want to sign their petition. I don't want to tell them which way Magnolia Bakery is, or where the sidewalk ends. It's how, as a grown-up, I say: "Don't see me, lady."